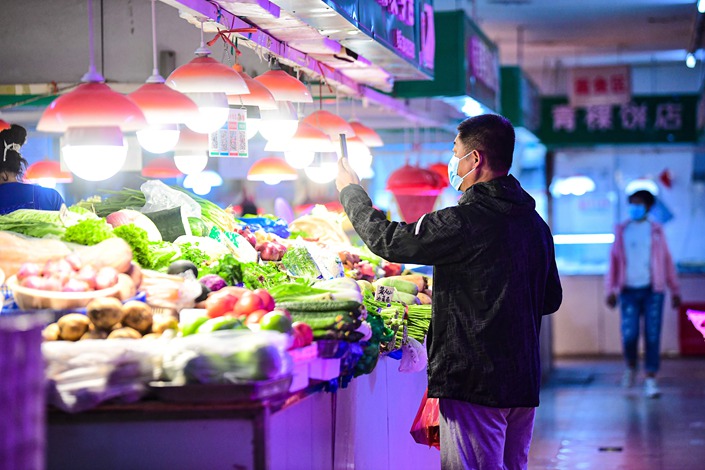 The cases reveal some common problems in stabilizing economic growth in different parts of the country— formalism, excessive fines, irregular charges, and officials taking advantage of their positions for their own benefit. Without timely solutions, these problems will undermine the local business environment, damaging confidence in the market, and thus hindering the goal of stabilizing macroeconomic performance.

Right now, figuring out how to effectively implement a package of policies while deepening reform of government functions, preventing officials from shirking their responsibilities or behaving irresponsibly, is pretty much the entire agenda of local governments.

As the central government’s previous policies have proven to be effective, China’s economy firmed up in June, achieving positive growth in the second quarter, and a sustained recovery in July. However, the foundation of the economic recovery needs further shoring up, especially as the downturn in real estate investment and sales continues to drag.

With the rising risk of stagflation globally and the resurgence of Covid in many parts of China, the government still has a lot of work ahead of it to stabilize its macroeconomic performance.

This calls for action by the local governments. Therefore, the State Council accountability inspection has focused on stabilizing the economy and has assigned supervision and service working groups to solve problems hindering that process. Recently, Premier Li Keqiang presided over an executive meeting of the State Council, in which he listened to the work report on the supervision and service of stabilizing the macroeconomic performance, and proposed that the State Council send more working groups to promote policy implementation. He also proposed that localities to establish their own working mechanism for supervision and service. This shows the urgency of the situation and the great importance that decision-makers attach to the role of local governments in stabilizing the economy.

Over the past two years, governments at all levels have made clear efforts in fighting the pandemic and ensuring stability on six key fronts. But they still face obstacles to stabilizing the economy.

The main problems identified by the State Council supervision working groups is that officials either shirk their responsibilities, fail to do their jobs or behave irresponsibly. These issues can be roughly divided into two categories. One is directly aimed at market entities. For example, an enterprise in Xinghua, East China’s Jiangsu province, was asked to pay improper charges five times within four months. Administrative penalties in Yulin and other places were excessive, and arbitrary charges in some port channels in Dehong, Yunnan province, increased the burden on foreign trade enterprises. Other market entities have been affected indirectly.

To solve these problems, it is imperative for higher-level governments to strengthen supervision and accountability. Still, fundamentally, this will hinge on the modernization of the national governance system and deepening reform of government functions. We should restrain power in an institutional cage, further optimize the business environment and reduce institutional transaction costs.

In the process of stabilizing macroeconomic performance, decision-makers have reiterated the importance of reforming government functions. On Aug. 29, the State Council convened the 10th national teleconference on deepening the reform of streamlining administration and delegating power, improving regulation and upgrading services. Li made it clear that the government should not exercise power arbitrarily, but rather should safeguard the legitimate rights and interests of market players and the people. The aforementioned executive meeting also pointed out that reform is a critical tool in the policy packages and stressed adopting reform measures to boost market vitality and further reduce institutional transaction costs for market players. The measures mainly include thoroughly cracking down on illegal fees charged to enterprises; setting strict boundaries on the exercise of power; seriously investigating and coping with arbitrary fines and excessive taxes and fees; promoting the one-time license for industrial product production of the same category; and improving the clue collection and handling mechanism for business environment problems. All of these arrangements are aimed at solving difficulties and bottlenecks that local governments face in stabilizing the economy.

Notably, when China’s economy is under increasing downward pressure and local governments are financially stretched, problems like arbitrary fines and fees are resurfacing. Data from the Ministry of Finance show that China’s tax revenue from January to July 2022 came in at 10.3 trillion yuan, up only 0.7% after the value-added tax credit refund is factored in. Nontax revenue was 2.2 trillion yuan, up nearly 20% versus last year. Furthermore, nontax revenue account for a relatively higher share of local governments’ general budget revenue since the tax distribution system was reformed in 1994. In many provinces, the nontax revenue accounted for more than 30% or even 40% of their revenue in the general public budget. In particular, their penalty and confiscatory income showed an astonishing increase. Obviously, these acts — like “draining the pond to get all the fish” — run counter to the requirement of protecting market players and easing their burdens, and will eventually jeopardize local fiscal and tax bases. This year, market players are faced with more and graver problems compared with 2020. With surges in penalty and confiscatory income, it is easy to imagine how hard it is for enterprises, especially micro, small and midsize ones in the service industry, to survive.

Of course, local governments have their own problems: For one thing, economic growth is faltering and fiscal revenue is either growing slowly or shrinking. For another, local governments don’t have a lot of budgetary wiggle room and also must provide supporting funds to the central government. The top priority is to efficiently coordinate pandemic controls with economic and social development, adhere to scientific and accurate control policies, adapt to virus mutations and avoid inflexible and excessive control measures. This should also be an integral part of the efforts for stabilizing expectations. Recently, the policies issued by the Chengde High-tech Industrial Development Zone — such as “For those who deliberately concealed their travel histories, their collateral relatives within three generations will not be allowed to take part in civil service exams” — are ridiculous. Although this one was soon withdrawn, such policies have done a lot of damage to society. If not handled seriously, acts of this sort and “mutated” acts will continue to appear, which will not only undermine the legitimacy and seriousness of pandemic prevention policies but also directly erode the achievements of years of reform.

Anyway, to stabilize the overall economy, local governments still need to protect market players. Currently, tensions between various policies should be reduced so that enterprises will not feel at a loss and artificial increases in transaction costs will be avoided. For local governments, it is the touchstone for the deepening of the reform and optimization of the business environment to see whether they can stabilize the expectations of market players, boost their confidence and bring the initiative of enterprises and entrepreneurs into full play. To meet requirements beyond short-term stimuli, there is no choice but to deepen all-around reform and expand institutional opening up. This is a fundamental solution for stabilizing of the entire economy.