By Zhai Shaohui and Guo Yingzhe 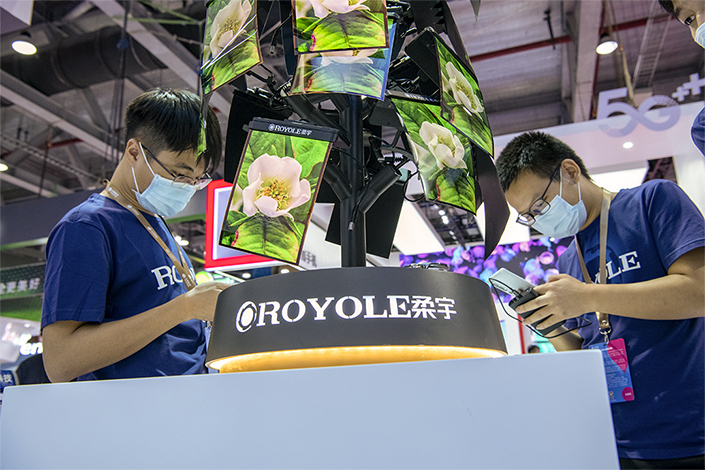 A Royole booth sits on display at an expo in November 2020 in Guangzhou, South China's Guangdong province. Photo: VCG

Chinese flexible-screen maker Royole Corp. has had assets worth 37 million yuan ($5.3 million) frozen by a local court due to “contract disputes” with suppliers, as the company struggles with a cash crunch due to poor take-up of its technology by major smartphone makers and mounting losses.

The application to freeze some of Royole’s assets was filed by four public relations companies and was approved by the Chaoyang district court in Beijing, according to a court notice published late last month. No further information was given on the nature of the “contract disputes.”