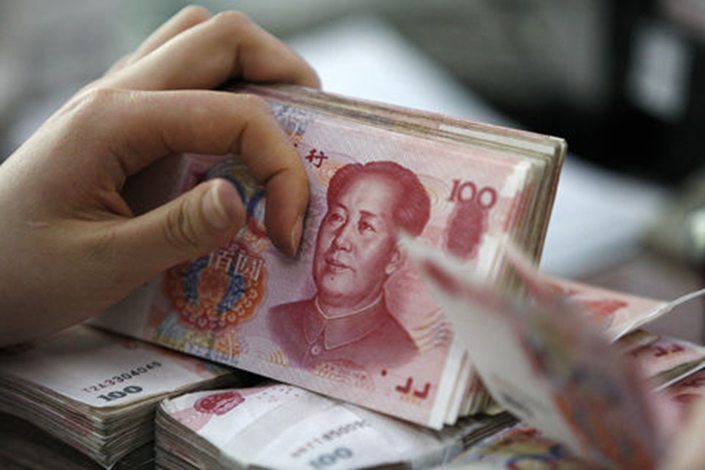 Public finance is an important pillar of a country’s governance and plays a fundamental role in its modernization. Photo: VCG

Public finance is an important pillar of a country’s governance and plays a fundamental role in its modernization. As China’s modernization progresses, it needs to pay attention to preventing financial risks, make sure it has a certain degree of fiscal space in reserve, and improve the ability of the fiscal system to deal with potential risks.

Three requirements are involved here. First, public finance needs to ensure that governments at all levels can carry out their functions. Second, various indicators of fiscal sustainability need to be kept within a reasonable range, including the government’s ability to borrow a moderate amount of money at normal market interest rates. Third, the fiscal system needs to be resilient with enough space to adjust and respond to any major shocks to the economy and national security.

Although public opinion both at home and overseas is concerned about the potential financial risks caused by local government debt, the funding gap in social security, especially in pensions and medical care, may in reality be the biggest challenge to China’s financial security.

Fiscal fragility at the level of city and county governments, exacerbated by the Covid-19 pandemic and other factors, has become an increasingly prominent issue in China’s financial security. City and county governments are the main providers of basic public services and implementers of government policies — in 2020, their general public budget spending accounted for 72% of the national total. But their fiscal security is not stable enough, which means the first requirement noted above is difficult to meet.

The central government rolled out a “three guarantees” policy in 2020, which requires local governments to guarantee people’s basic livelihood, the payment of wages, and the functioning of the local government. Central authorities have significantly increased transfer payments to lower-level governments to support the healthy operation of finance at the grassroots level.

However, the pandemic, the slowdown in economic growth, and the rapid decline in the sale of land-use rights have made financial instability at local governments an even more prominent problem. In 2022, the decline in local fiscal revenue and the large-scale asset sales of many city and county governments all reflect that instability.

In addition to these visible manifestations, many deep-seated contradictions deserve close attention.

First, it has become the norm for income from the sale of land-use rights to be incorporated into the general public budget, making it an important source of funds for local government spending. As a result, many localities have become increasingly dependent on land sales to fund the general public budget which is used to pay for day-to-day obligations and the “three guarantees.” But the decline in land sales now puts the stability of spending under threat and could create a funding gap that will make it difficult to finance the “three guarantees.”

Second, the contribution of revenue from state-owned asset sales to the general public budget is unsustainable. Over the past two years, the proportion of non-tax revenue derived from the disposal of state-owned assets has increased considerably at the city and county government level. Although disposals are part of the policy to revitalize state-owned assets, this can only support local fiscal capacity over the short term and isn’t a sustainable long-term solution.

The growing dependence on these two sources of revenue reflects the instability of city and county governments’ public finance and that tax revenue and payment transfers are no longer sufficient to pay for their normal functions. Some systemic changes are needed in order to increase revenue.

Economic development is the foundation of public finance stability. Therefore, we need to do three things. First, ensure growth momentum is sufficient to ensure the normal growth of tax revenue. Second, speed up adjustments to the structure of government spending, clarify the scope and intensity of spending on the “three guarantees,” and ensure that the level of spending can be funded from revenue. Third, formulate plans to avoid and deal with any shocks to local government financing.

Wang Dehua is a researcher with the National Academy of Economic Strategy at the Chinese Academy of Social Sciences.

This commentary was translated by Zizan Wang, and has been edited for length and clarity.