Editorial: Don’t Worry — A Yuan Slide Past 7 per Dollar Is No Cause for Alarm 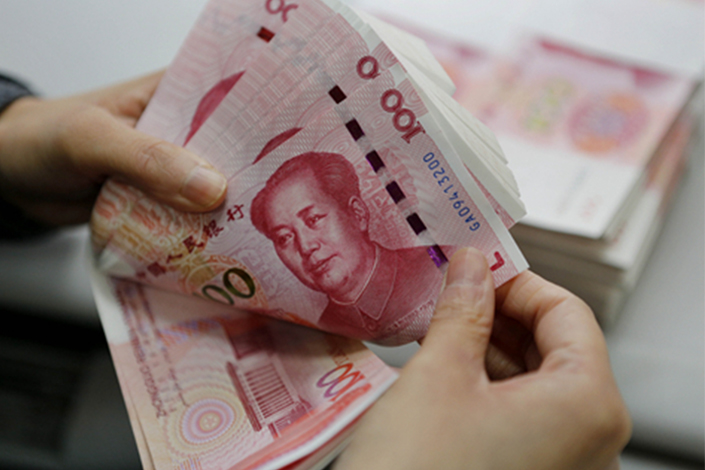 In recent years, the onshore yuan’s exchange rate has been largely market-driven, and it is better to focus on the rate’s formation mechanism rather than on where it stands at any one given moment.

There is major market concern that the yuan will breach 7 against the U.S. dollar. At a policy briefing for the State Council, a People’s Bank of China (PBOC) representative responded that the yuan’s short-term fluctuations are normal and “one-sided market” will not happen. “It is hard to speculate on the exchange rate, and we advise everyone to not bet on a specific point,” he said.

In recent years, the onshore yuan’s exchange rate has been largely market-driven, and it is better to focus on the rate’s formation mechanism rather than on where it stands at any one given moment. At present, due to unprecedented circumstances inside and outside China, there are an increasing number of risk factors affecting the yuan’s exchange rate. Therefore, China should continue its proactive and in-depth market-oriented reforms while stabilizing macroeconomic performance.

The yuan is the legal tender of the world’s second-largest economy, and the movement of its exchange rate has wide-ranging effects. The yuan has been sliding against the dollar throughout this year, more or less offsetting the roughly 10% gain against the greenback over the past two years. The current weakening trend followed a slump in the second quarter. There are numerous reasons for this. Internationally, tensions between Ukraine and Russia have been drawn out. The prices of oil, grains and other commodities have risen sharply. The U.S. and European central banks have raised interest rates and have shrunk their balance sheets to counter high inflation. The U.S., in particular, has used a number of policy levers, causing the dollar to appreciate by 14.6% this year.

Domestically, frequent virus outbreaks have seriously affected normal operations, while excessive pandemic control measures and contractionary policies have hurt certain industries. All this together shows that it is essential to stabilizing macroeconomic performance immediately. The PBOC’s recent interest rate cut has furthered deepened the inversion of Chinese government bonds and their U.S. counterparts. As the two countries’ economic cycles and monetary policies diverge, the yuan’s sharp depreciation against the dollar over the short term is understandable. A slide past 7 is not unexpected.

The yuan has held up better against other major currencies. Its exchange rate has been relatively stable against non-U.S. dollar currencies, according to PBOC data. For this reason, the PBOC representative stressed that the yuan has not weakened across the board, and that China has the power to ensure a balanced and stable exchange rate. “Nothing will go wrong or can go wrong,” he said.

The lack of concern is well-founded, as confidence remains high following the deep reforms of the exchange rate system to make it more market driven, especially that of “8.11” exchange rate in 2015. In the seven years since “8.11,” there have been a series of events: The Chinese exchange rate policy returned to neutral. The PBOC ceased its frequent interventions in the foreign exchange market. And the market’s resilience to exchange rate fluctuations significantly increased, as did the central government’s ability to tolerate these fluctuations. Of course, like many major central banks, the PBOC occasionally intervenes in the yuan’s exchange rate, such as through counter-cyclical factors, but this is extremely infrequent.

Although the market may be concerned about the psychological level of 7 per dollar, no excessive panic has been seen. In recent years, the yuan’s exchange rate against the dollar has breached this point more than once, but quickly regained lost ground without so-called overshooting. As such, some observers have said that the yuan’s exchange rate at any given time is not all that important. Rather the stability of China’s cross-border capital flows is paramount. To ensure this, there must be emphasis on breaking expectations of a “one-side market,” while realizing fluctuations have been great for reform. The PBOC has sufficient policy tools at its disposal to prevent a substantial devaluation of the yuan in the future. These include raising the required reserve ratio for foreign exchange risk and lowering subsequent exchange deposits, adjusting the macro-prudential parameters for full cross-border financing, and adjusting the macro-prudential coefficient for overseas lending by domestic enterprises. In short, there is nothing to worry about now regarding the exchange rate, and less to worry about in the future.

The exchange rate of a country’s currency is subject to the status of its economy. While “nothing must go wrong” is a regulatory mission, the idea “nothing will go wrong” is more reliable. This requires the support of China’s economy for sustainable and healthy development, and the support of whole systems: perfect rule of law, protection of property rights, further opening-up, and so on. We should admit that the confidence of market entities sometimes fluctuates, and we acknowledge the never-relenting pressure of capital outflows. Both the concern about yuan’s current exchange rate and the debate on the optimum size of China’s foreign exchange reserves of recent years all reflect the hidden worries about the contradictions in China’s economy. To stabilize the exchange rate, the top priority is to efficiently coordinate pandemic containment and socio-economic development, and to keep the economy running within an appropriate range.