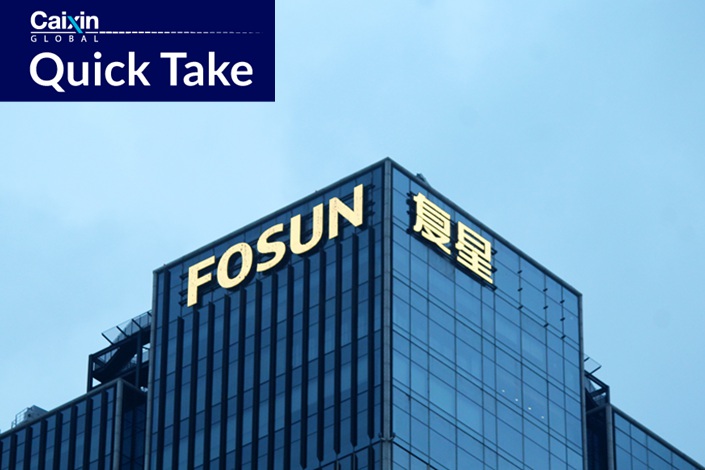 What’s new: Fosun International Ltd. has been trying to soothe worried investors and the public after the Beijing municipal government cautioned state-owned enterprises (SOE) about the potential risks of doing business with the private conglomerate.

Fosun’s attempt came in response to a notice that Beijing’s state assets administrator issued to local SOEs on Thursday, asking them to review their agreements with Fosun and determine what risks they face as the company’s stock has nosedived this year, people with knowledge of the matter told Caixin.

Responding to questions from the media, Fosun said the notice was a routine request for information, pointing to similar notices that the administrator has issued about other companies in the past.

The company also denied that the notice targeted Fosun.

The context: Fosun has invested in a huge number of businesses from real estate development and tourism to pharmaceuticals and consumer products. Investor concern about its debts have mounted amid slowing economic growth and a sluggish property market in China.

At the end of June, Fosun’s liability-to-asset ratio rose to 76.7% from 74.8% at the end last year, according to its half-year report. Its short-term borrowings grew by 29% from a year earlier to 123.7 billion yuan ($17.8 billion) at the end of June, surpassing the company’s reported 117.1 billion yuan worth of cash and cash equivalents. Its first-half net profit attributable to shareholders fell 32.8% year-on-year to 2.7 billion yuan.