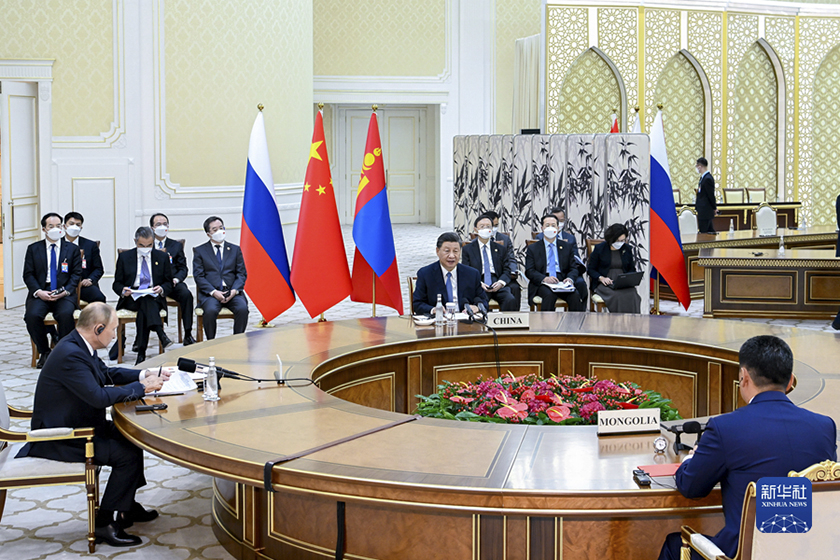 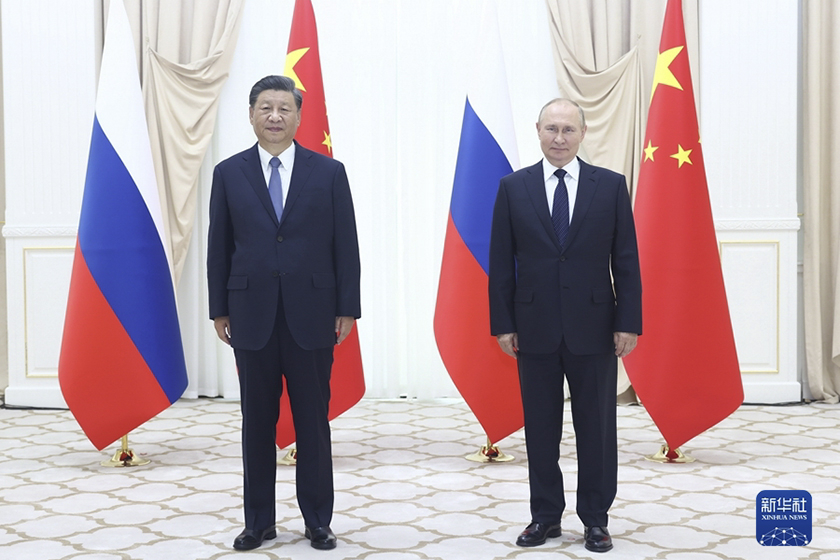 Xi and Putin pose for pictures in Samarkand during the 22nd meeting of the Council of Heads of State of the Shanghai Cooperation Organisation on Thursday afternoon. This is Xi’s first face-to-face meeting with the Russian leader since the conflict in Ukraine. Photo: Ju Peng/Xinhua 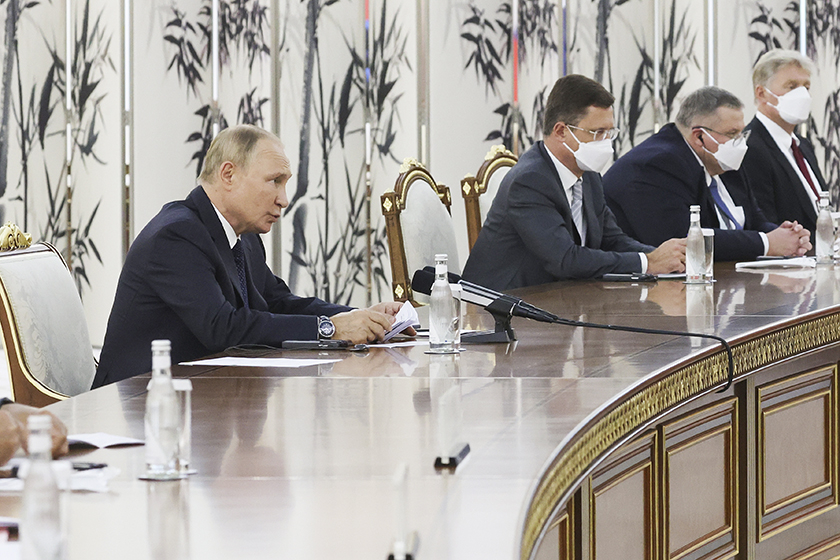 Putin speaks during a meeting with Xi. Photo: Alexander Demianchuk/VCG 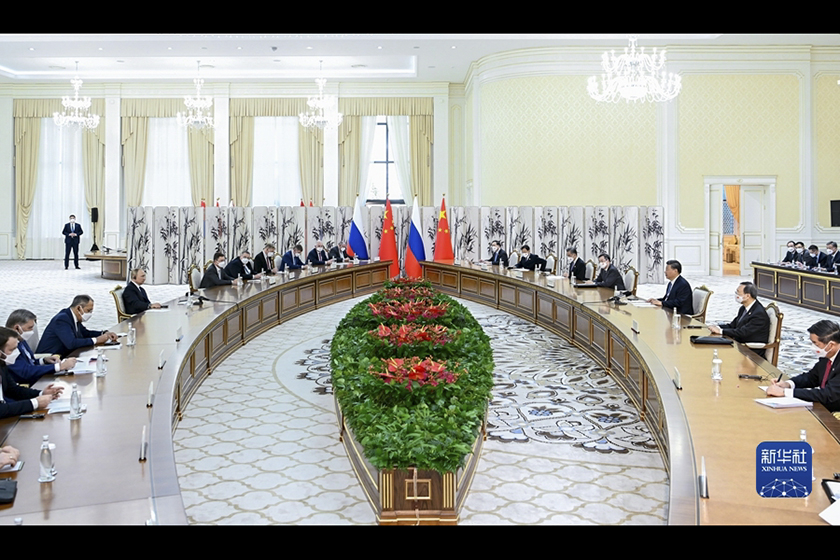 High-level officials from China and Russia exchanged views during the meeting. Both sides showed their willingness to boost bilateral cooperation on issues associated with their core interests. Photo: Zhai Jianlan/Xinhua 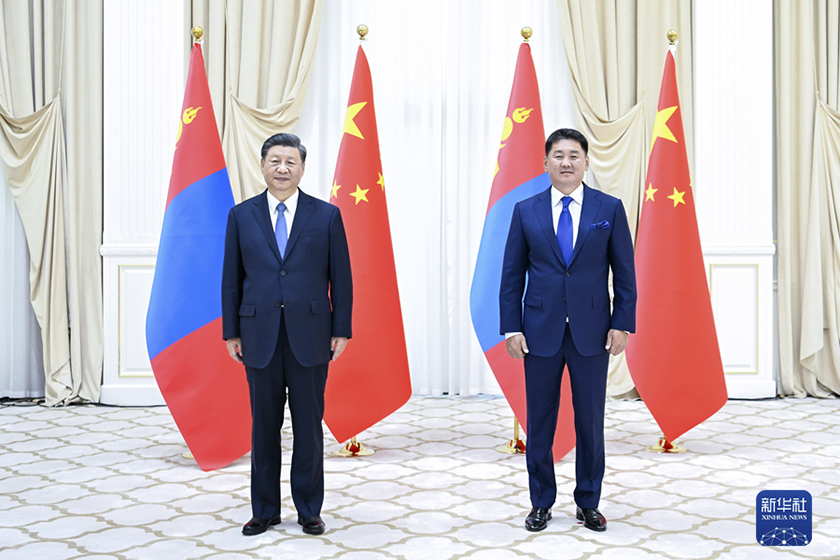 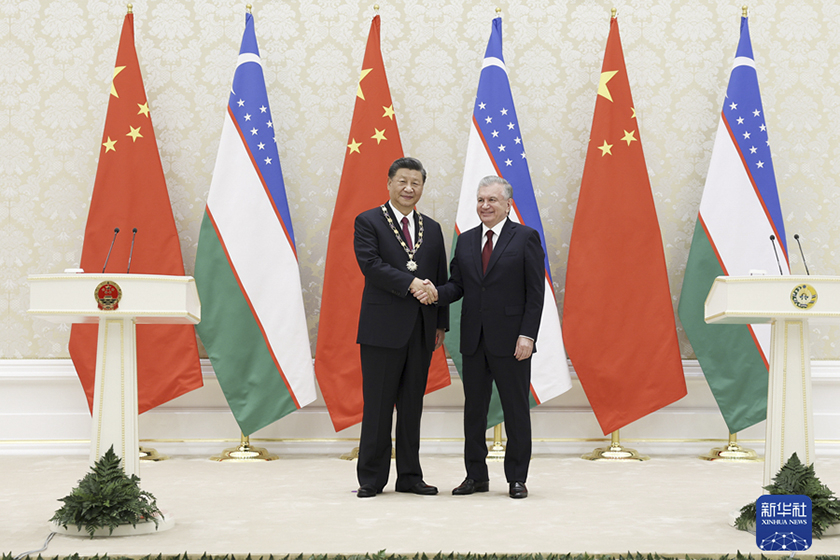 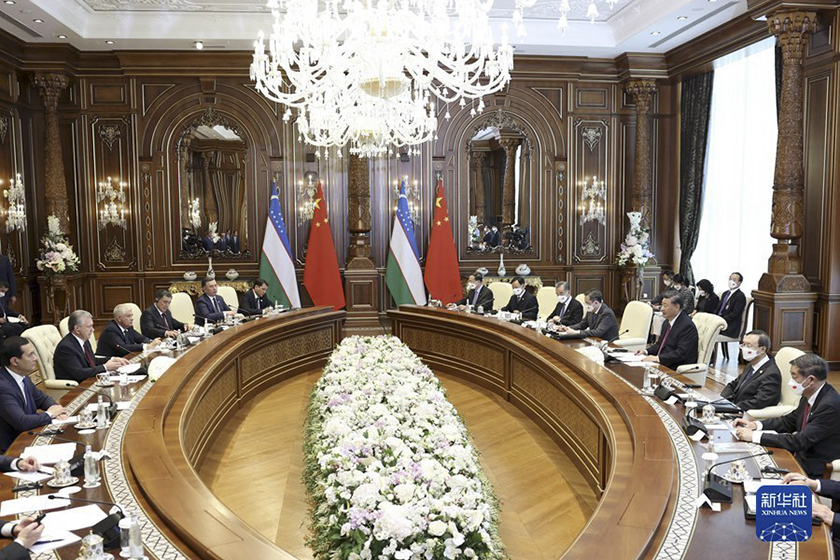 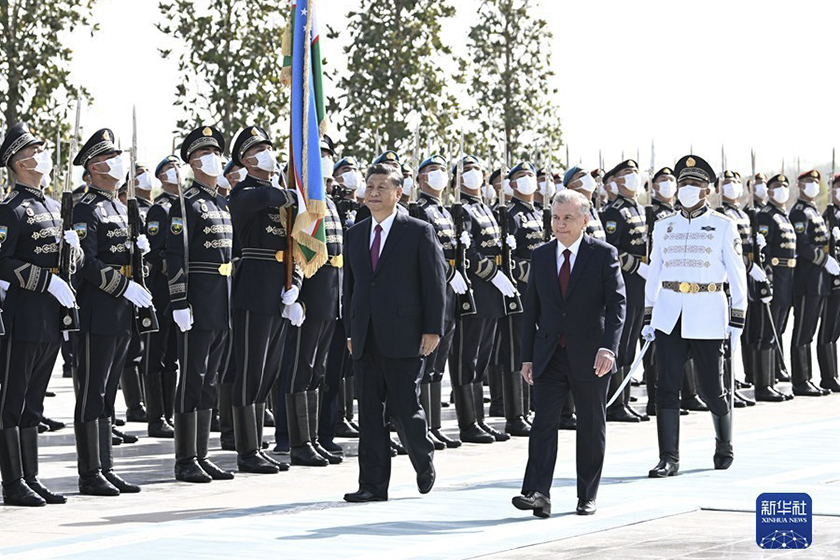 Mirziyoyev holds a welcome ceremony for Xi prior to their meeting. Photo: Shen Hong/Xinhua