Editorial: China’s Most Vulnerable Need More Protection During the Pandemic 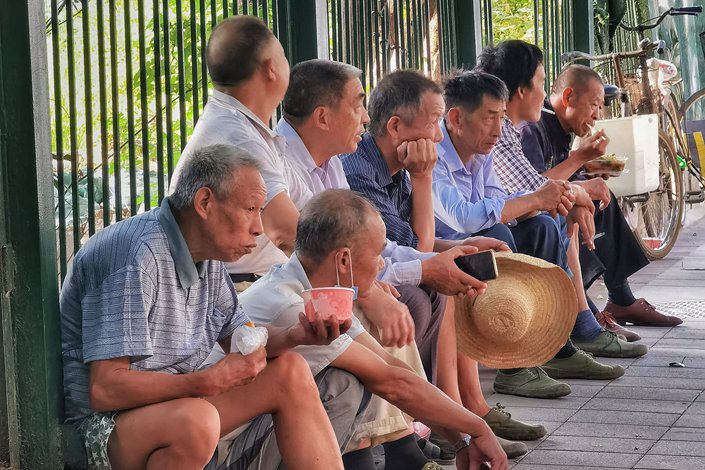 Over the past three years, sluggish economic growth coupled with the Covid-19 pandemic have created increasing challenges for both businesses and consumers, but especially the most vulnerable groups of society. China’s State Council, at their executive meeting last week, refocused on the issue of employment. It came to the decision that college and university graduates unemployed for up to two years after graduation, and registered unemployed young people, would be covered by employment expansion subsidies, that unemployment insurance benefits should be disbursed quickly, and that employment of migrant workers would be stabilized through skills training. Although this highlighted the employment problems of young people and migrant workers, broader vulnerable populations are facing difficulties because of the pandemic. We should therefore attach greater importance to caring for and protecting all the vulnerable.

Vulnerable populations mainly include low-income people, migrant workers and the unemployed, as well as the old, sick, and disabled. Their ability to resist pressure from the economic downturn and impact of the virus is much weaker than that of the general population. Caring for and protecting them not only means that they should be consistently prioritized during the stabilization of the economy, but also that they should often be treated as exceptions during pandemic prevention and control. While treating them equally may appear superficially fair, in many cases it in fact diminishes equality. Their treatment is also a reflection of how civilized society is.

First, we should clearly examine their current difficulties from all perspectives. People in relatively inferior social and economic situations — such as the unemployed and migrant workers excluded from the social security system — are more likely to be hit hard by economic shocks. Even a minor shock may place them and their families in serious jeopardy. The old, sick, and disabled even potentially face the risk of losing their lives under continuous and intensive lockdowns. The sluggish economy has already made their lives hard; the impact of the pandemic has made it even harder. It is as if they are being oppressed by “two huge mountains.”

Employment is the foundation of a person’s livelihood. Take migrant workers as an example. In 2020, China had a total of 285.6 million migrant workers, a decrease of 5.17 million versus 2019, reversing the trend of the previous three years. Among the figures, both workers that migrate to cities (non-locals) and those who remain in rural work (locals) dropped in number from the previous year. In 2021, China’s statistics recorded 292.51 million migrant workers, a year-on-year increase of 6.91 million, including 120.79 million local ones, up 4.1%, and 171.72 million non-local ones, up only 1.3%. Underlying these numbers are the livelihoods of tens of millions of households. When the pandemic was at its most severe, and in the areas hardest hit by the virus, the income growth of migrant workers slowed significantly. Leaving their hometowns to find employment provided greater opportunity and higher incomes. With their “migration” impeded by lockdowns, they were forced to live on nothing, rendering social mobility stagnant.

Survey reports on Lingshui county and Jiaxing (in western and eastern China, respectively) provide some insight into the living conditions of migrant workers during the pandemic. Lingshui county, Guang’an city, Sichuan province reported three local asymptomatic cases on May 9. The end of community transmission was announced on May 23. According to monitoring data from the Guang’an investigation team at the National Bureau of Statistics of China (NBS), during the second quarter, the working hours of construction workers decreased by 11.8% year on year and their income decreased by 13.4%; the working hours of manufacturing workers fell by 21.3%, and their income by 7.2%; and the working hours of service sector workers dropped by 9.7% and their income by 21.1%. According to the May investigation report released by the NBS Jiaxing investigation team, 73% of the respondents said that their employer had suspended work and production since March, 20% of the respondents reported employment difficulties, and 58.3% of migrant workers said their income had decreased year on year. The Guang’an investigation also indicated that women and elderly migrant workers were vulnerable in employment, facing a severe employment situation that was creating greater difficulty in finding jobs relative to previous years. Observation of these two places offers considerable insight into the state of the job market nationwide.

We must not turn a blind eye to struggling vulnerable groups. While the central government has made arrangements for such groups, there is a pressing need for more targeted measures to remove hindrances to policy implementation. We should effectively identify and monitor vulnerable groups and give them timely assistance. And no matter how difficult the financial situation is, allocations to them should not be reduced. Moreover, the prospect of relapse into poverty should be taken seriously. China’s progress in poverty alleviation has not come easily; the return of poverty on a large scale must be forestalled. More important still is to build the capacity of vulnerable groups to cope with economic and social risks. This will depend on the economy and society getting back on track as soon as possible, which will also help the financial markets return to normal and begin strengthening. Only in this way can we fundamentally balance pandemic control with socioeconomic development, which is not an either-or choice.

However, there is another consideration when protecting vulnerable groups: preventing abuse of power by local governments. The heavy-handed, one-size-fits-all pandemic control measures adopted in many places have created huge obstacles for economic and social development. Such abuses of power can cause direct harm to vulnerable peoples, in addition to damaging the local economy and social ecology, and setting back promotion of rule of law. Just imagine the situation for rural families whose single earner is unable to work for a long period. How will they make a living? Local investigations reveal many alarming cases. For example, some patients have died on the doorsteps of hospitals for lack of medical services, posing a psychological and emotional impact on society. No one can be insensitive to such tragedies so, how can it happen when the government is committed to exercising power for the people? During the pandemic, local governments must enhance and prioritize the protection of the vulnerable, ensuring that all prevention and control measures include specific plans for them. In addition, governments at all levels should respond to the State Council’s request to pursue self-targeted reform, to streamline procedures and help the market flourish.

Policymakers are now focusing on the post-pandemic era. But we must look back on the past, as well as to the future, to see what the vulnerable groups in society are enduring from economic, health and emotional perspectives. The government and society should understand their suffering and listen to their voices and offer them greater concern and protection to vulnerable groups as we usher in the post-pandemic era.