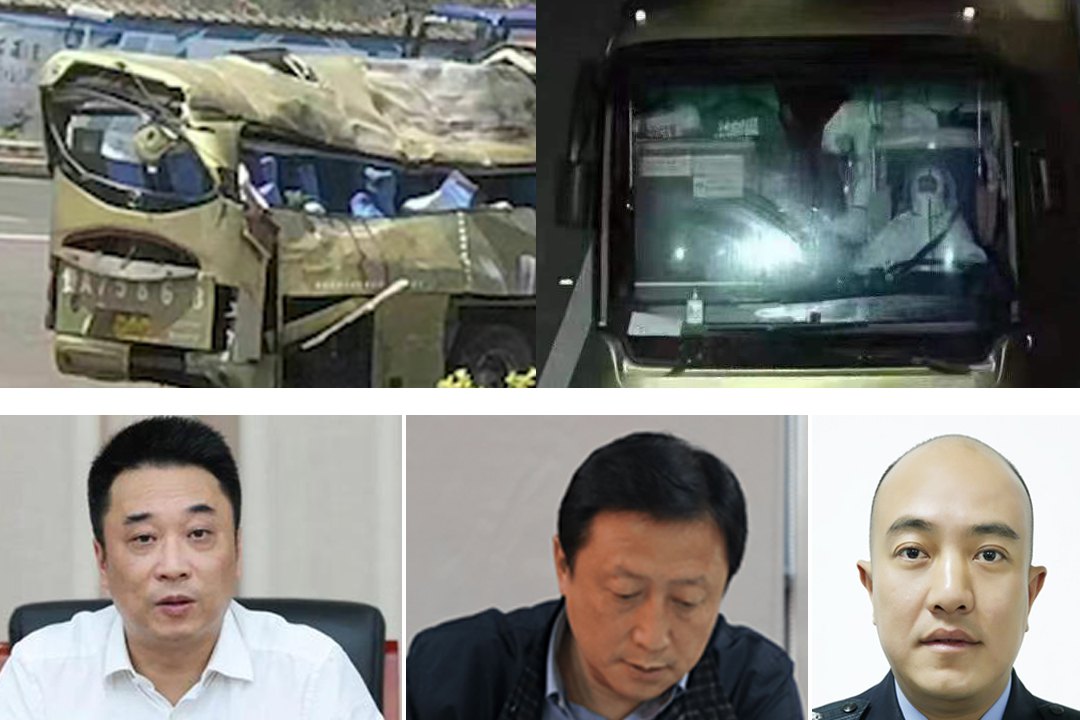 The three officials (from left to right) from Guiyang’s Yunyan district who were suspended over the fatal bus crash are Zhu Gang, the district’s Communist Party secretary; Song Chengqiang, head of the local government group responsible for transferring people to quarantine; and Xiao Lingyun, deputy party chief of the Yunyan police.

Three local officials in the capital of Southwest China’s Guizhou province have been suspended and placed under investigation after 27 people were killed and 20 injured when a bus carrying them to a Covid quarantine facility crashed.

The three cadres are all from Guiyang’s Yunyan district, which is where the bus picked up its 46 passengers, according to a Monday statement (link in Chinese) from the provincial government.