Hong Kong to Start Trial of E-HKD in Fourth Quarter 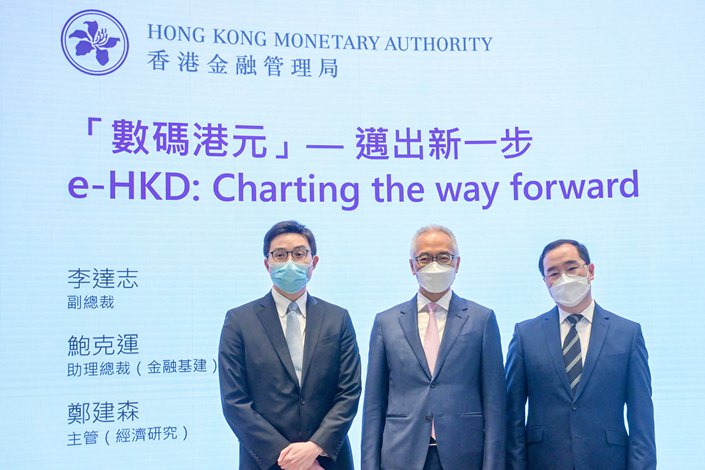 Michael Cheng, head of economic research at the Hong Kong Monetary Authority (HKMA); Howard Lee, a deputy chief executive of the HKMA; and Colin Pou, an executive director of the HKMA, attend a press briefing on e-HKD on Sept. 20. Photo: VCG

Hong Kong laid out an ambitious plan to develop its own retail central bank digital currency (CBDC), the e-HKD, and will start a pilot in the fourth quarter, joining the Chinese mainland in the pursuit of a digital fiat money for everyday use by its population.

The development of the e-HKD will follow what the Hong Kong Monetary Authority (HKMA), the city’s de facto central bank, calls a “three-rail approach,” according to an announcement Tuesday. The first will involve building the technological and legal foundation for the retail CBDC, while the second will cover research into the application, implementation, and design of the currency. The third will focus on preparations and timing for the launch of the e-HKD itself and its progress will be contingent on the first two rails, the HKMA said in a statement.