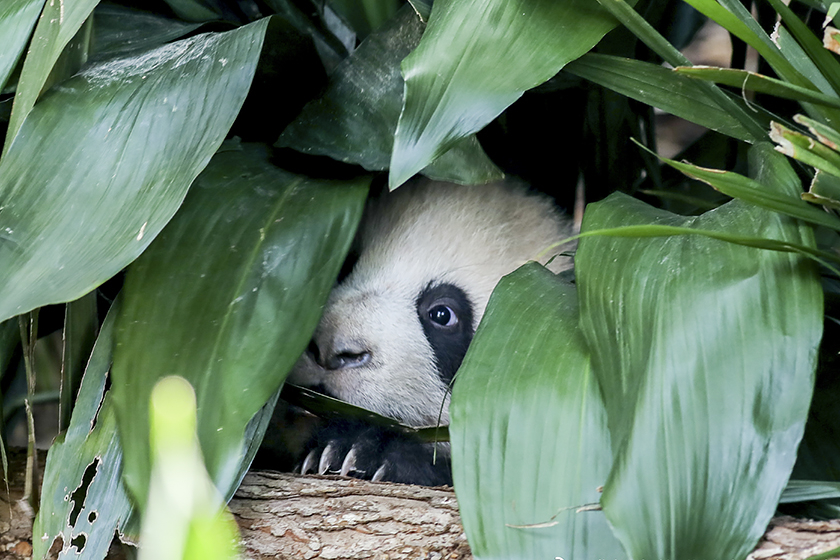 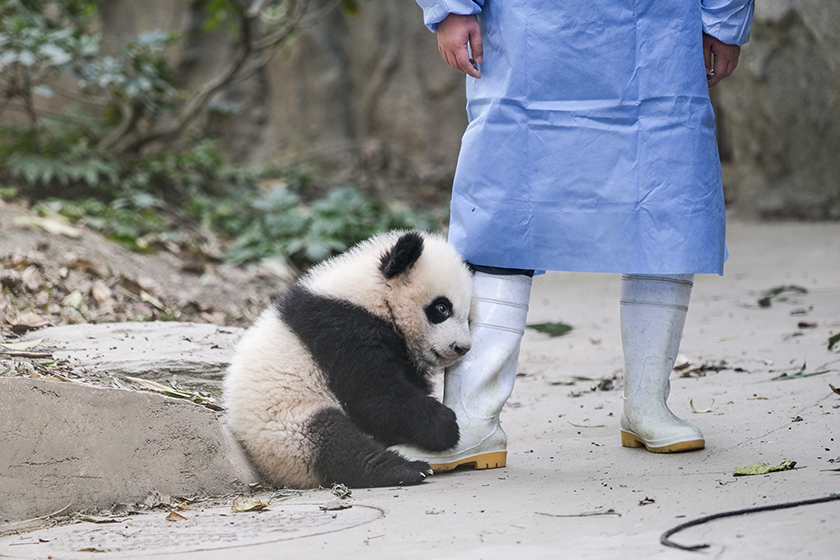 A panda cub leans on a breeder at the Chengdu Research Base of Giant Panda Breeding on Jan. 11. The local government closed the facility on Sept. 2 due to the Covid outbreak. Photo: VCG 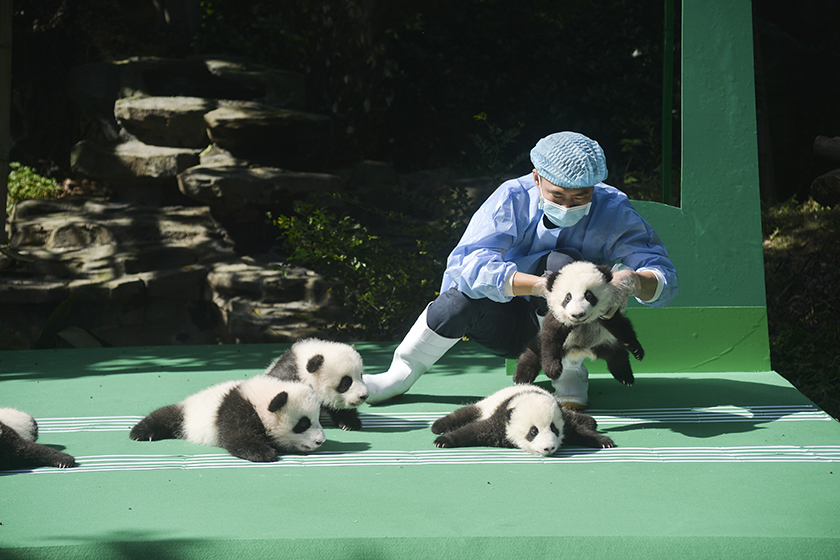 A breeder puts a baby panda cub out for public viewing in September 2018. By 2020, more than 200 giant pandas have been bred at the facility. Photo: VCG 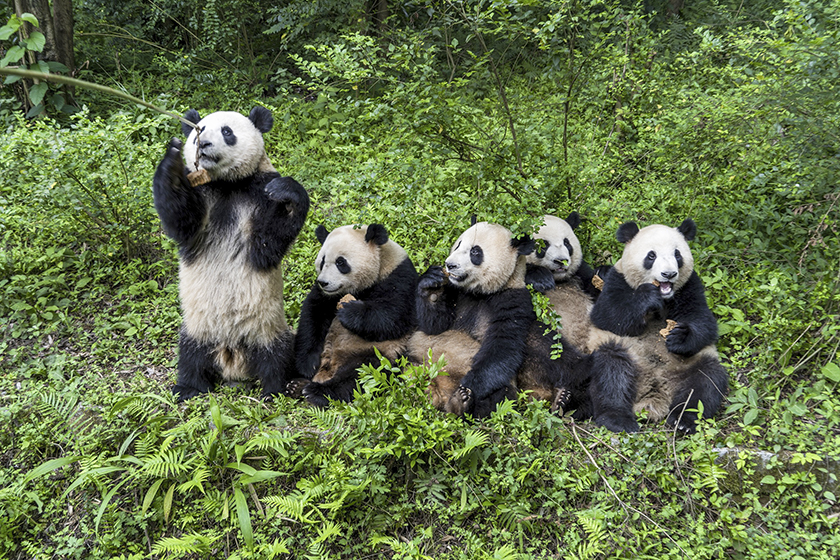 A panda grabs a piece of food on June 13. Photo: IC Photo 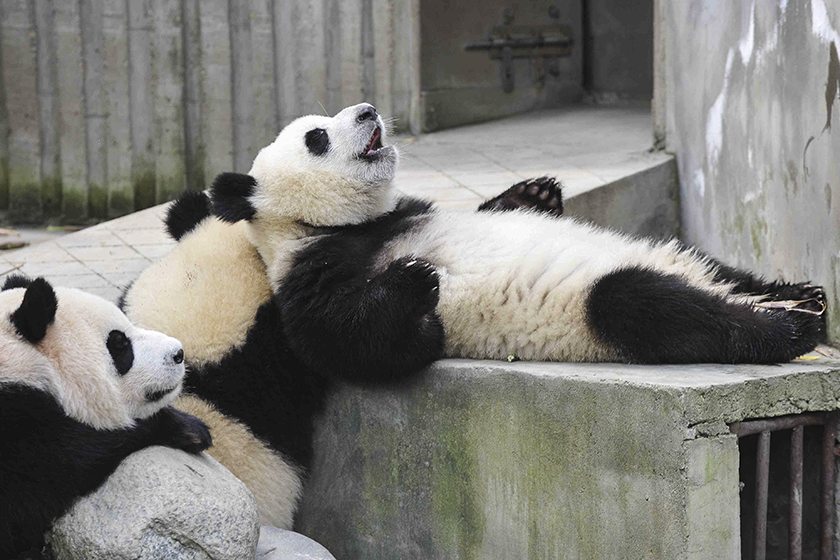 A giant panda lies down in 2012. Founded in the 1980s, the facility is located in Chengdu’s northern reaches. Photo: IC Photo 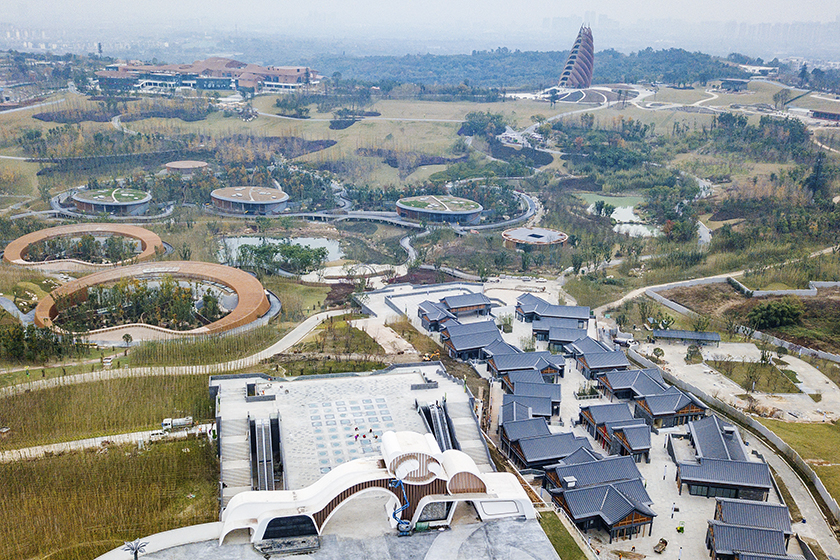 The facility completed its expansion project this year. The new parts of the facility, which opened on Jan. 1, more than doubled the size of the Chengdu Research Base of Giant Panda Breeding. Photo: Tao Ke/Hongxing News, VCG 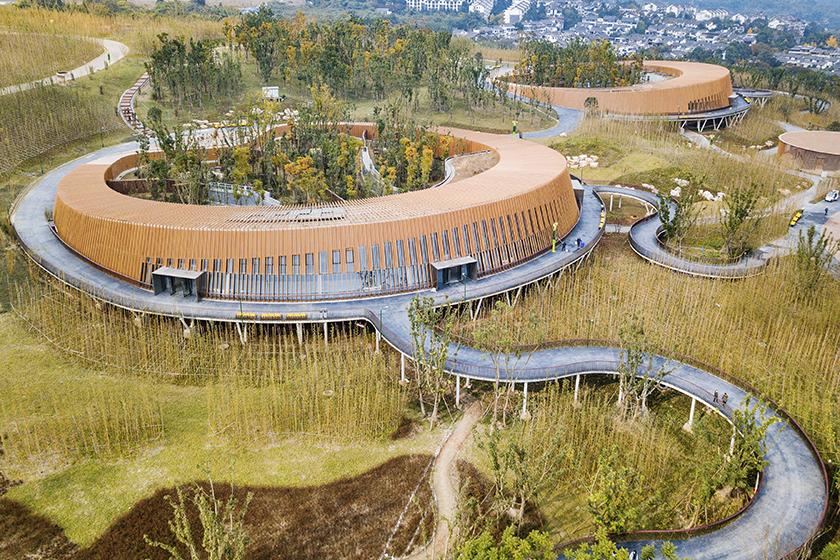 The new panda homes in the expansion were designed in the shape of a circle. Photo: Tao Ke/Hongxing News, VCG 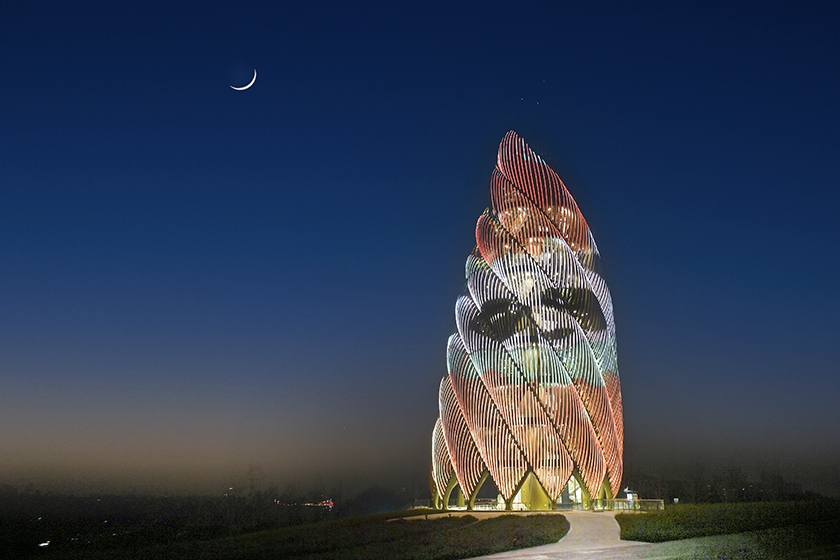 Color lights illuminate the bamboo-shaped Panda Tower on May 23. The nine-floor building is considered a standout landmark of the facilty. Photo: VCG