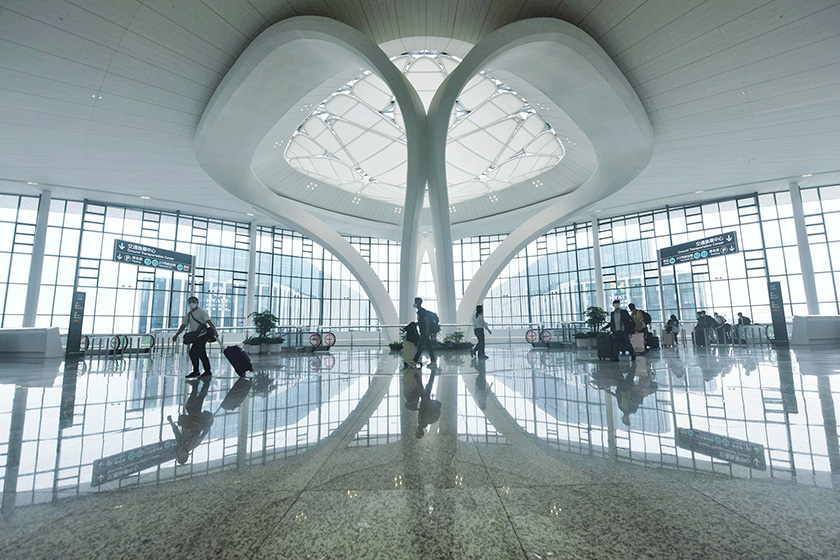 Passengers walk past the Lotus Valley at Terminal 4 of Hangzhou Xiaoshan International Airport, an area where the roof is supported by 32 white columns each standing at over 50 meters tall, resembling the stem of a lotus leaf. Photo: VCG 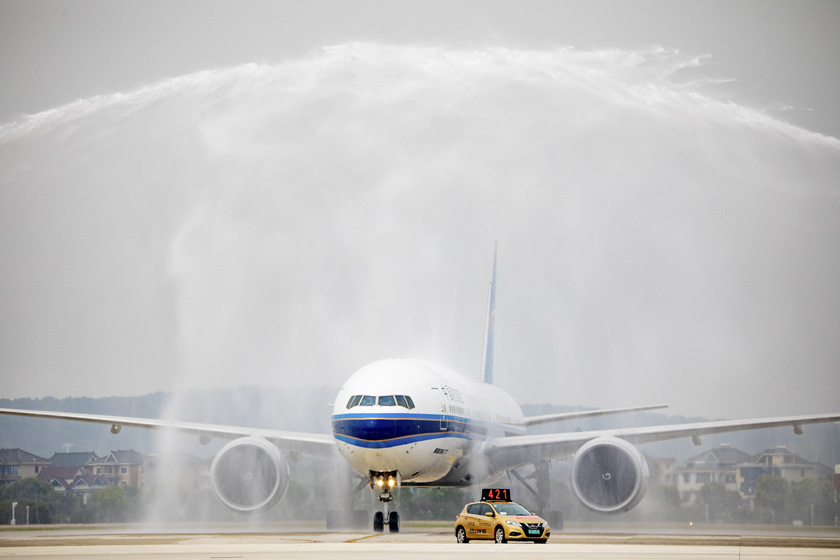 A flight is welcomed at the Hangzhou Xiaoshan International Airport on Thursday, the first inbound flight to use the Phase 3 extension. The airport’s Phase 3 development project was officially opened on Thursday, a year ahead of the Asian Games, which will be held in Hangzhou, Zhejiang province. Photo: VCG 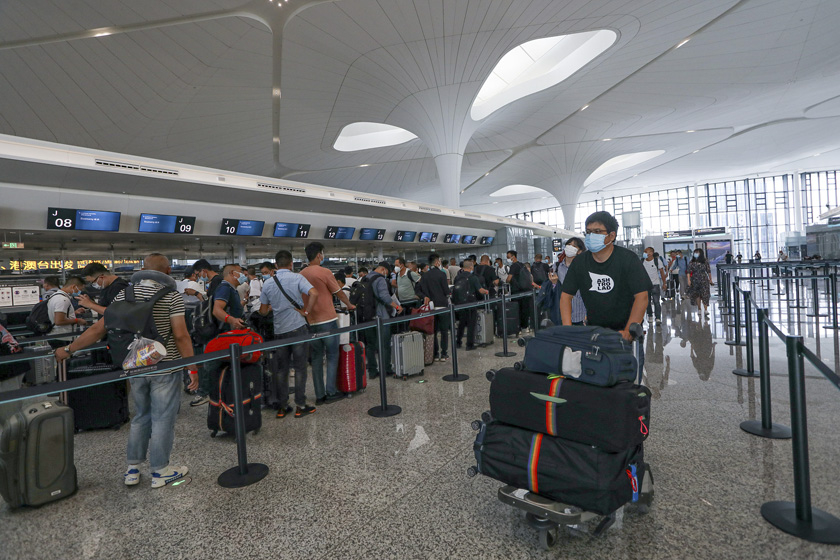 Passengers line up to check in on Thursday at Terminal 4. Photo: VCG 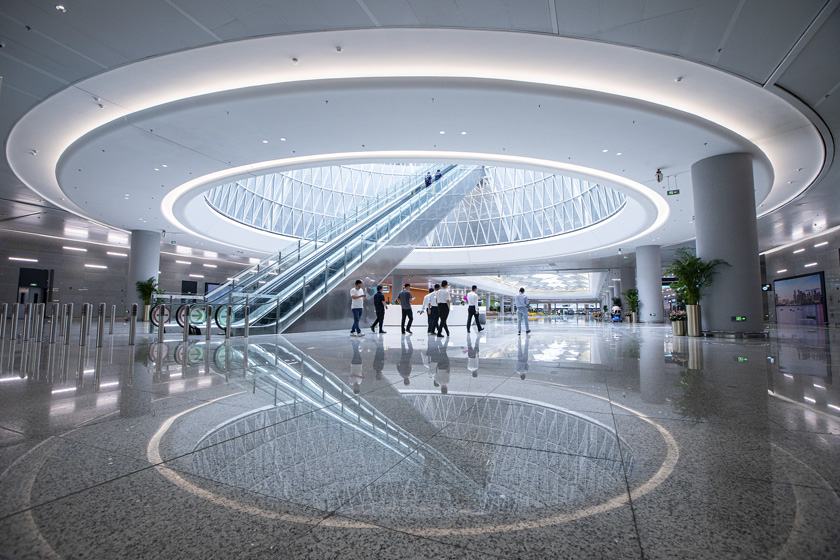 The transportation center is a major part of the expansion project and covers a floor area of 480,000 square meters, including two floors above the ground and four underground. Photo: VCG 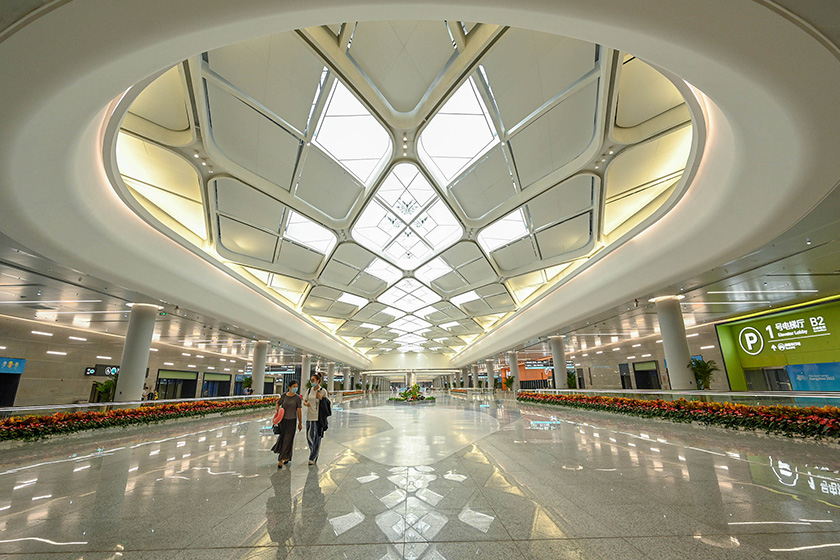 The 425-meter-long passageway at the transportation center, the east and west ends of which are respectively connected to T3 and T4. Natural light shines into the traffic center through the roof. Photo: VCG 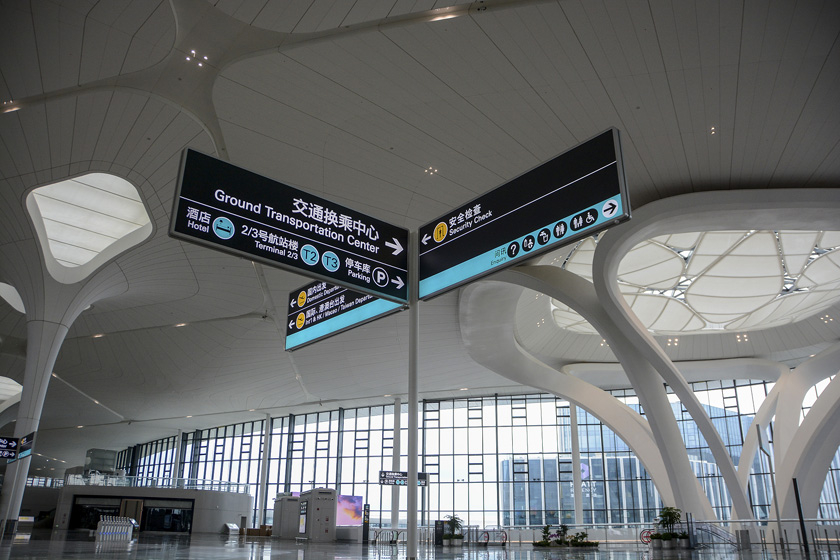 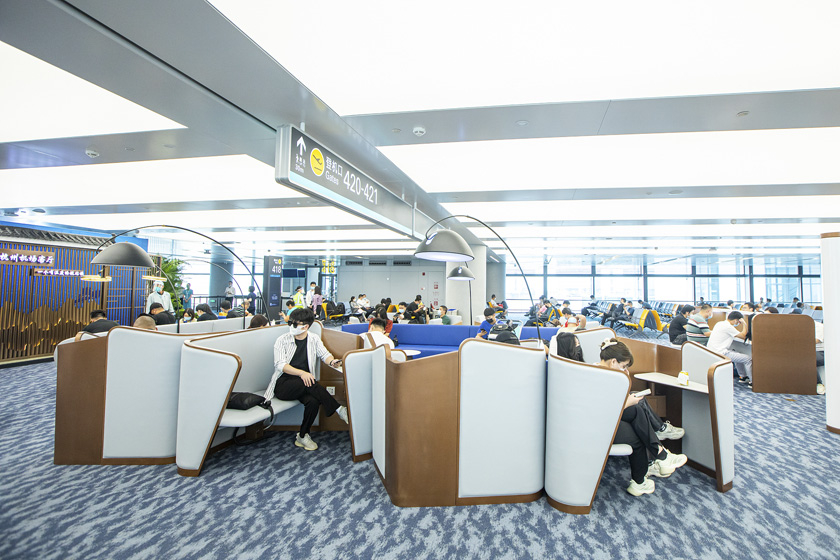 With the extension, the number of passengers the airport can handle has increased from 30 million to up to 90 million per year. Photo: VCG 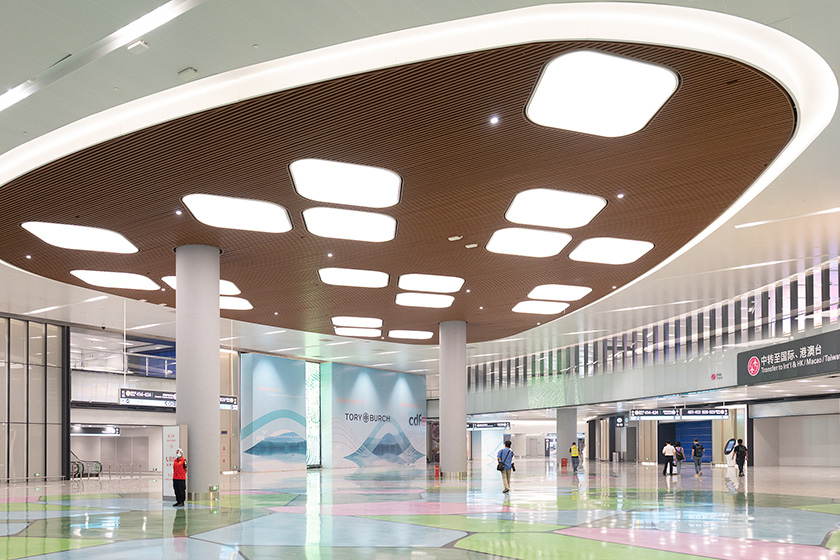 The construction of Phase 3 began in October 2018 and ended in March this year. Photo: VCG 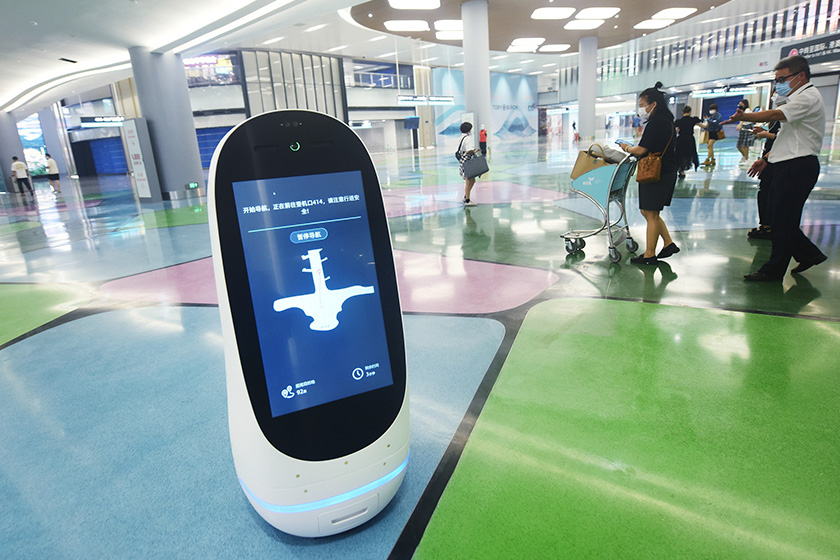 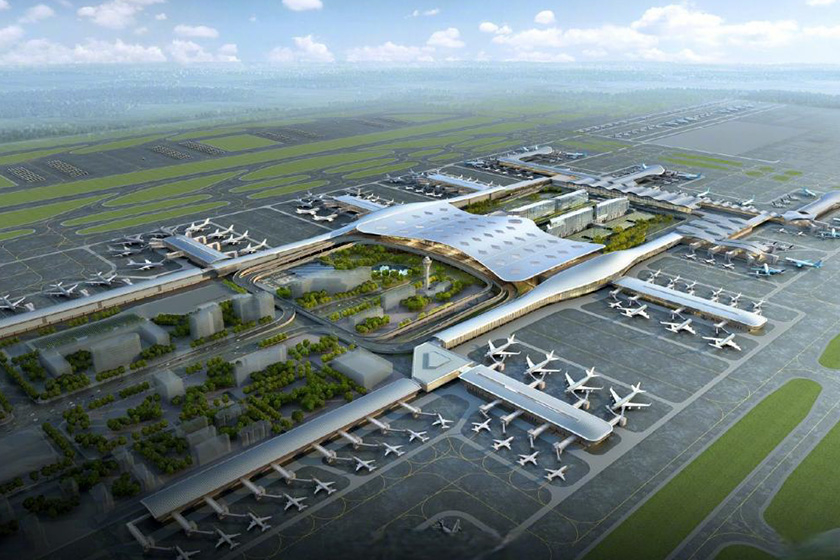