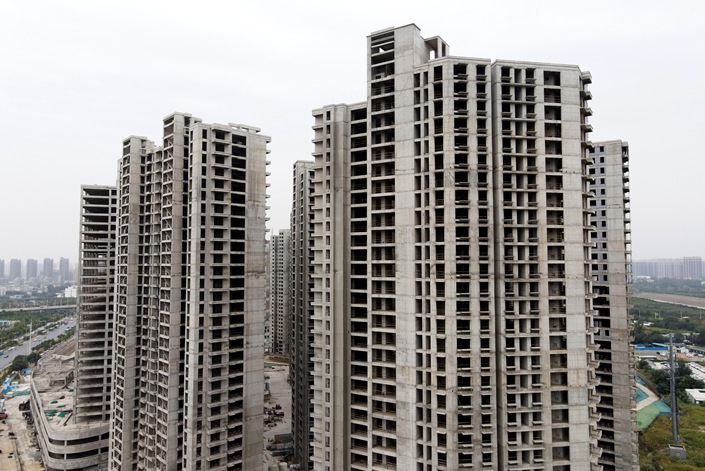 On September 24, Zhengzhou, a residential building project that had been stopped for many years welcomed the restarting of construction. Photo: VCG

China’s mortgage boycott hotspot Zhengzhou said 145 of 147 stalled housing projects have resumed construction, even as evidence emerges that some struggling developers are doing the bare minimum to pass government inspections.

Last month, the capital city of Henan province issued an ultimatum to developers to resume the unfinished projects by Thursday, as authorities worked to contain growing angst among affected homebuyers.