Weekend Long Read: The Rural Hardship Behind the Mine Murders That Shocked China 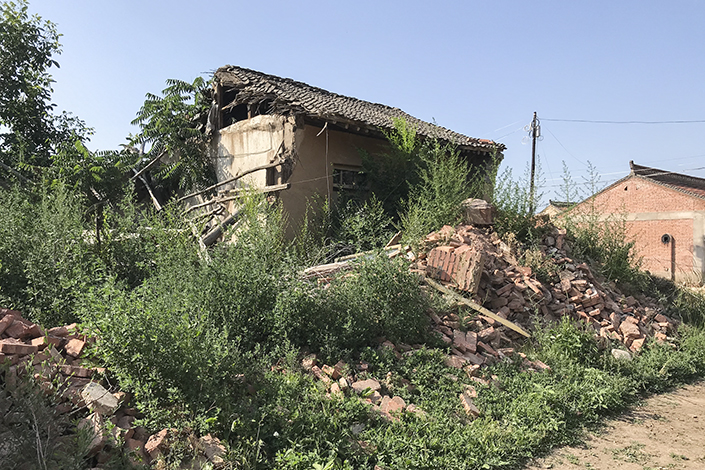 The victim Wang Huixia was murdered on June 5, 2014. Her former home was almost in ruins because it was uninhabited for a long time.

Editor’s note: From 2005 and 2015, a dozen villagers from the northwestern province of Gansu disappeared. Sixteen years after the first person went missing, a court in neighboring Shaanxi province found most of them had been lured away and brutally murdered by an organized gang — the murderers pretended to be relatives of those victims and claimed death compensation from the employers.

The criminal group led by now 55-year-old farmer Chen Lijun disguised the murders as mining accidents and used fake identities to claim more than 3 million yuan ($420,000) in compensation from mine owners.

Chen’s killing spree started with Zhang Yuping, a 35-year old bachelor. Zhang was lured to a coal mine on the promise of a job in October 2005 and killed by a pickaxe days later. A total of 12 victims were killed over the following 10 years.

After visiting families of both the victims and murderers, Caixin’s Wang witnessed a countryside plagued by not just poverty, but also by disabilities and gender imbalance.

Chen and his accomplices targeted villagers from the poorest families or those with intellectual disabilities, whose disappearances were often ignored. They took advantage of the lax management of private coal mines and mine owners’ incentives to cover up accidents.

When Wang launched her investigation, the criminal case was approaching completion. A court in Shaanxi province found 18 defendants guilty in December 2021. Chen and the four other main culprits were sentenced to death, two received life imprisonment, and others were imprisoned for stretches from four to 11 years. Two more murder suspects had already been killed by Chen’s gang in disputes over money.

But the villages remain the same.