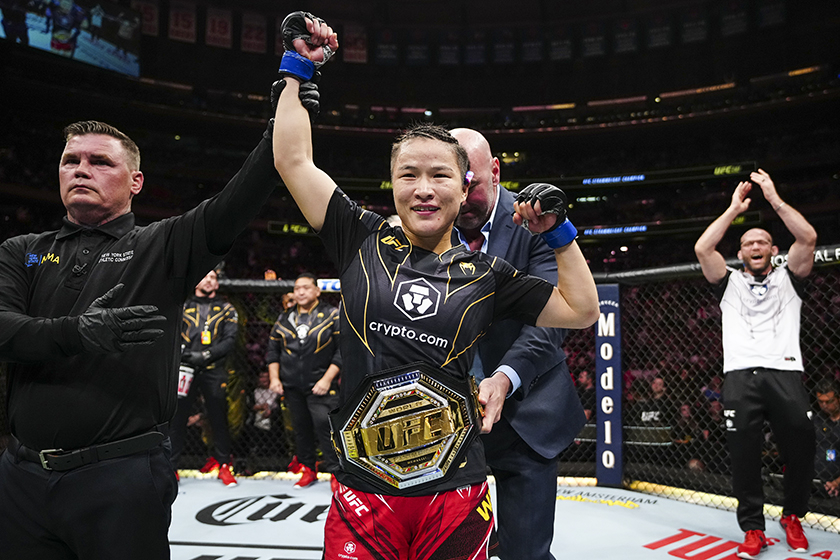 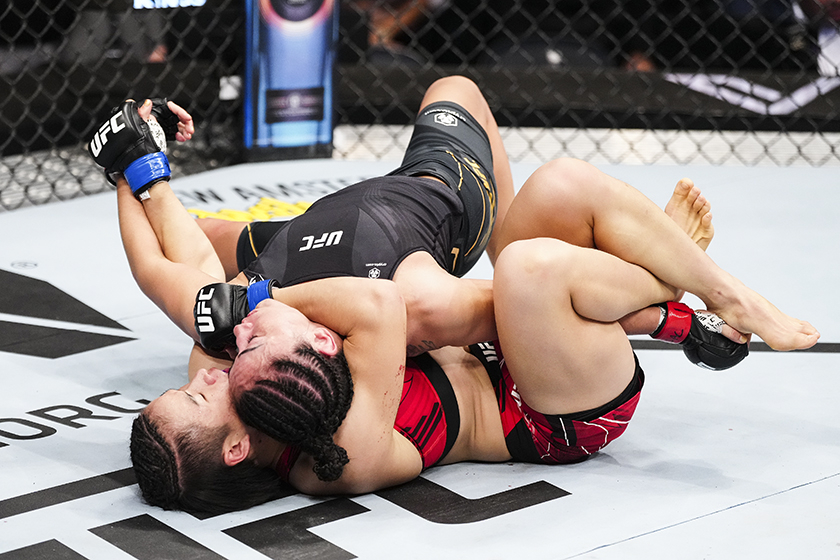 Zhang locks Carla Esparza of the U.S. with a rear-naked choke in a scramble to win the contest at the 1:05 minute of round 2. Photo: Jeff Bottari/VCG 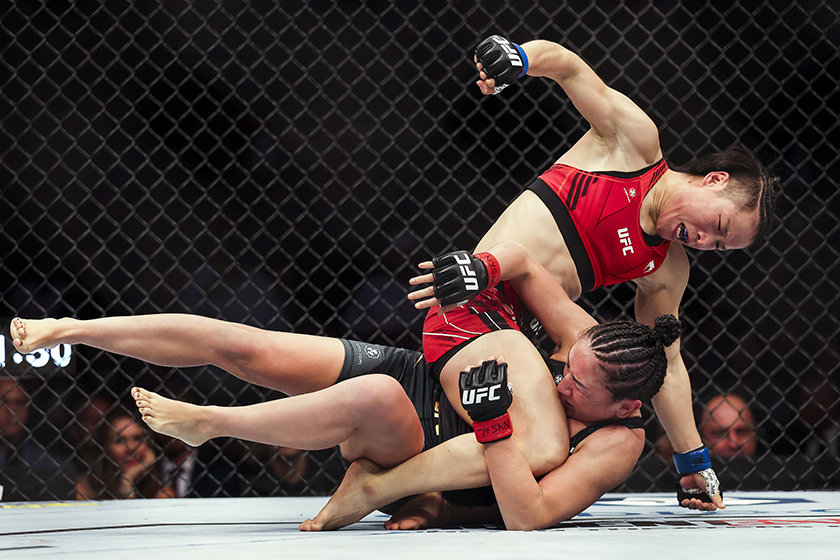 Zhang lands a strike on Esparza after contesting a scramble. Jamie Squire/VCG 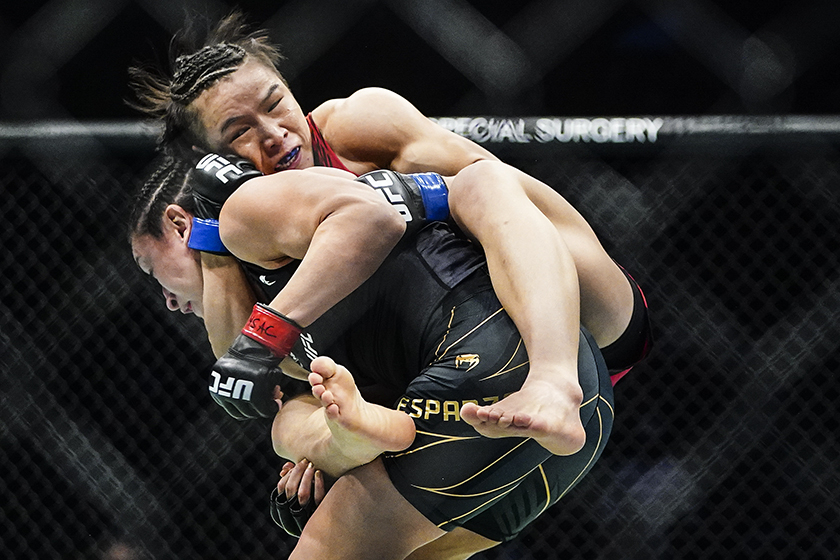 Zhang grapples with Esparza of the U.S. during round 1. Photo: Frank Franklin II/VCG 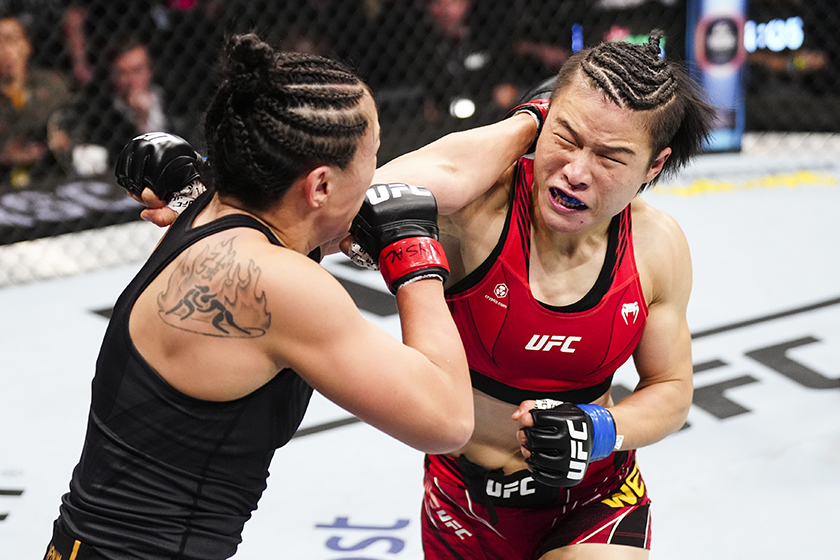 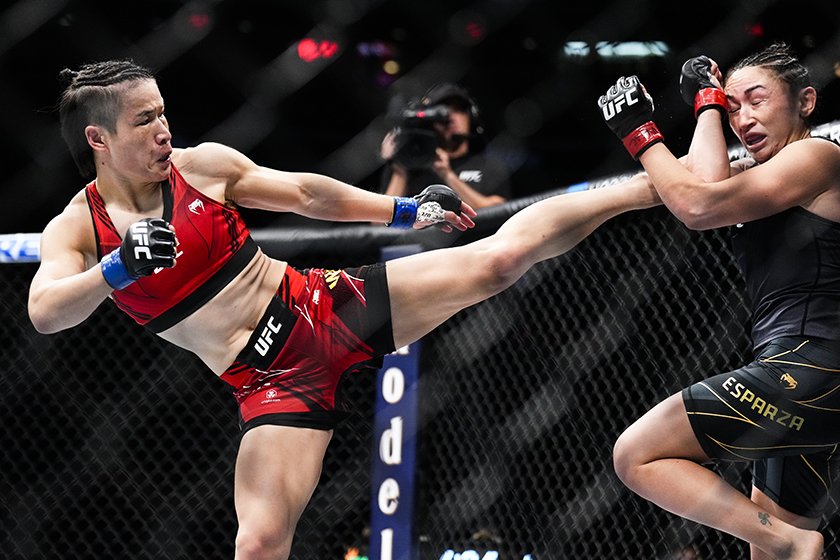 Esparza blocks a kick from Zhang during the fight. Photo: Chris Unger/VCG 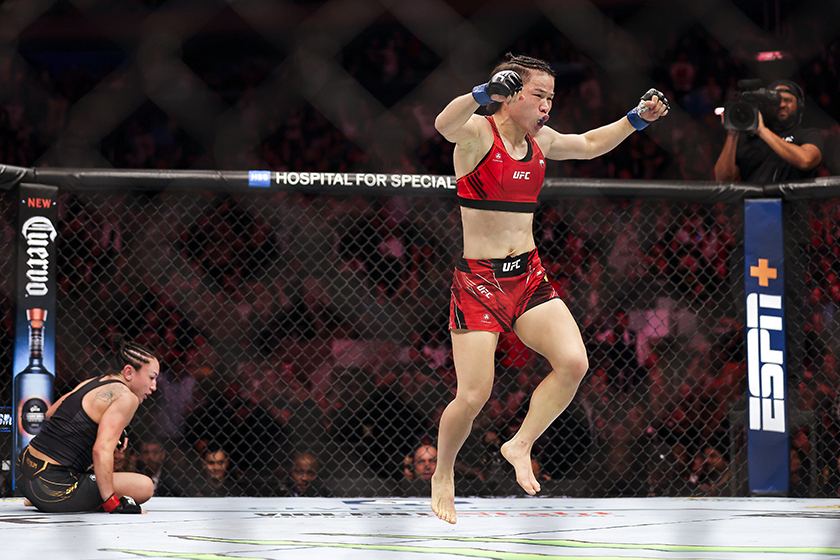 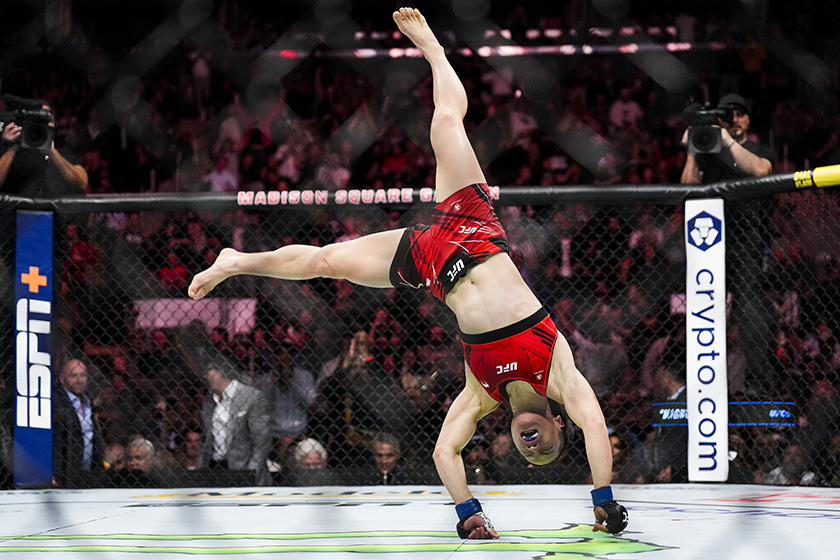 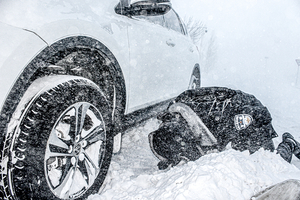