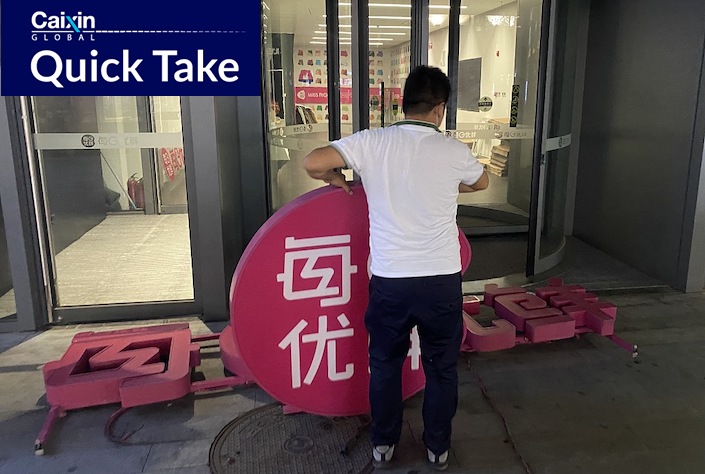 Nasdaq-traded Missfresh, which shuttered its mainstay instant-delivery retail business in July, has only 55 employees left, according to the report. The company had 1,925 employees at the end of 2021 and reduced the workforce to around 100 in July.

Total liabilities reached 3.6 billion yuan as of the end of 2021, with a debt-to-assets ratio of 105%, according to the report.

The context: Missfresh’s 2021 financial results came nearly six months after the required deadline for U.S.-traded businesses. The delay was due to disagreements between the company and auditor PricewaterhouseCoopers over the company’s sales figures, Caixin learned.

Missfresh in July said a probe found that sales in the first three quarters of 2021 were inflated by 14%. Missfresh said employees involved in the wrongdoing resigned.

The company’s financial crisis has since escalated as it failed to bring in new investment, forcing it to downsize the business and lay off workers. Caixin learned that Missfresh’s debts to suppliers totaled 2 billion yuan.

In August, Missfresh denied that it would liquidate and said some of its businesses continued to operate.

According to the financial report, Missfresh sold its unmanned retail business for 18 million yuan to repay debts. The transaction hasn’t been completed.