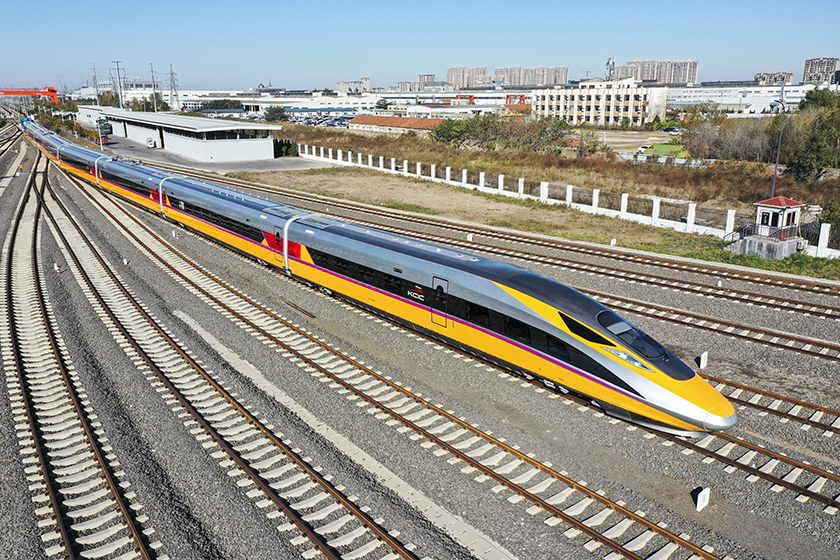 A high-speed train undergoes a test run in Qingdao, East China’s Shandong province, on Nov. 9. The same model of train completed the trial run on the Jakarta-Bandung High-Speed Railway on Wednesday. Photo: VCG 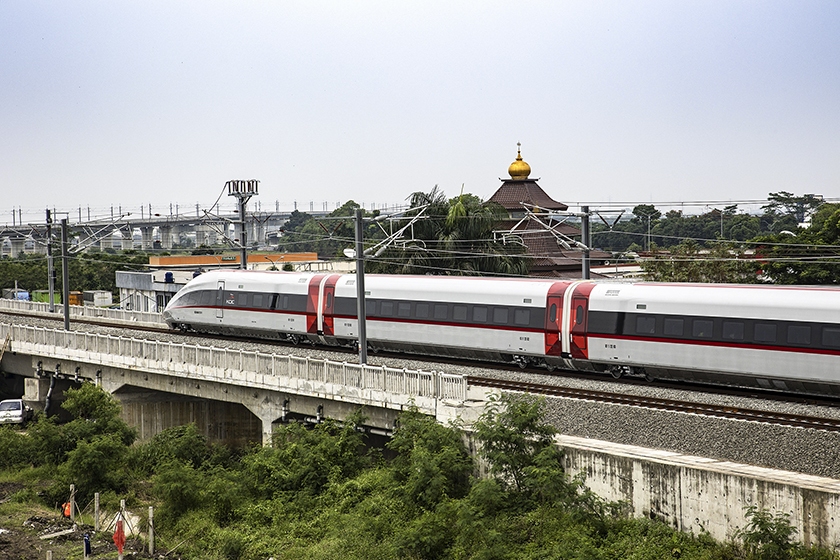 A high-speed train runs along the Jakarta-Bandung railway in Bandung on Nov. 9. The 142.3-kilometer (88-mile) line, which connects the capital Jakarta with a city to its southeast called Bandung, is Indonesia’s first high-speed railway project. The line can accommodate trains running up to 350 kph (217 mph). Photo: Algi Febri Sugita/VCG 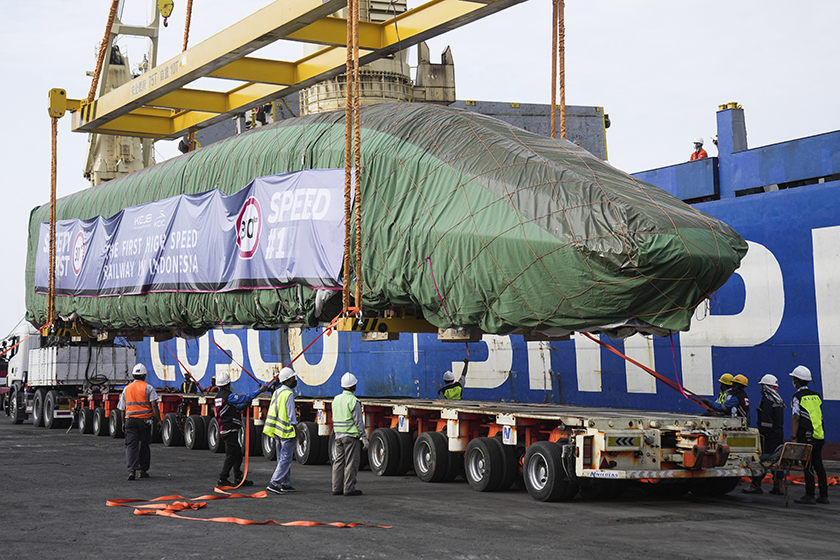 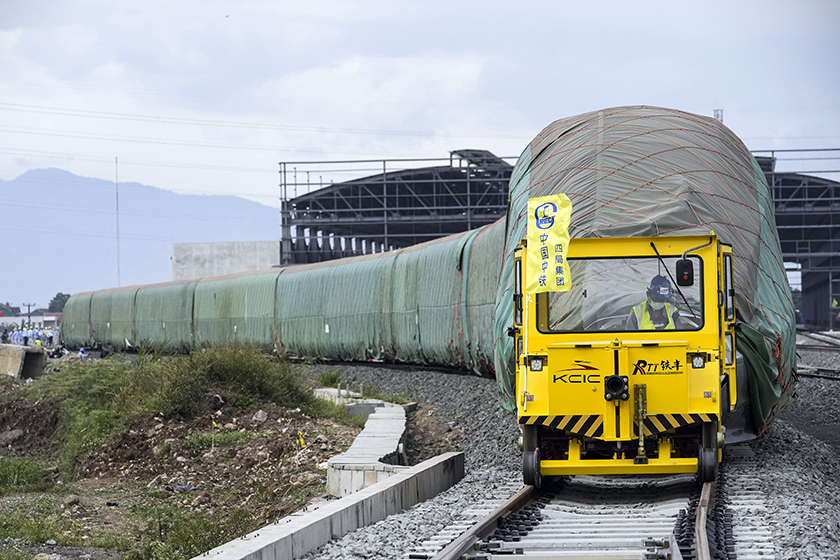 A worker pulls a train at the construction site of a high-speed railway station in Bandung on Oct. 1. In 2015, the Indonesian government chose China over Japan to build the project. Photo: VCG 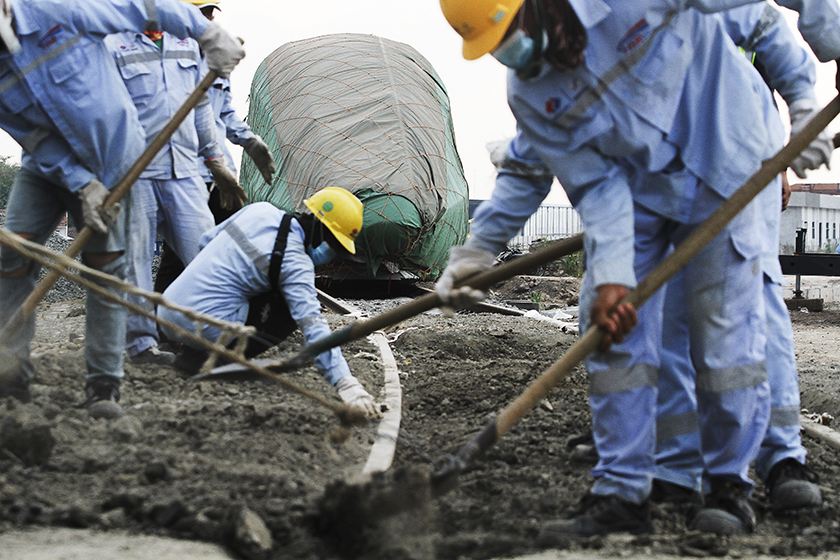 Workers fix the tracks at the station in Bandung. Construction of the high-speed railway began in 2016 and was delayed due to Covid-19. Photo: Eko Siswono Toyudho/VCG 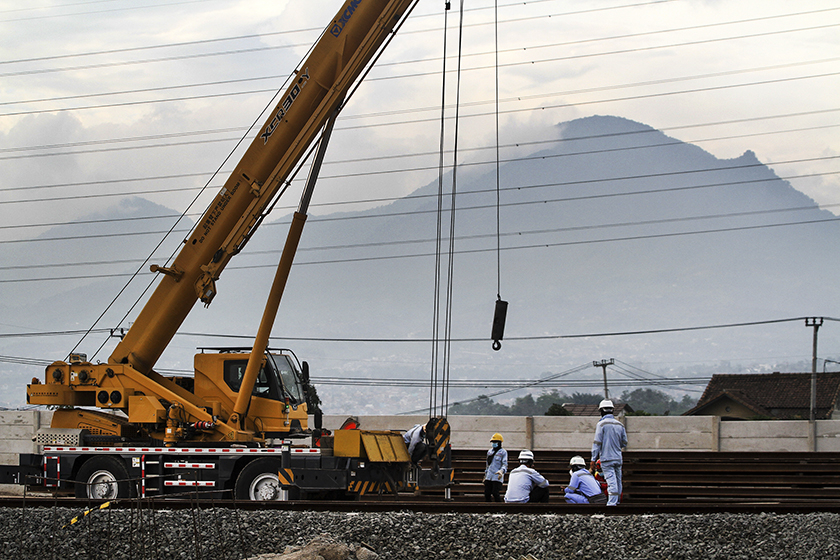 Laborers work at a station on the Jakarta-Bandung High-Speed Railway. So far, four stations have been built for the project. Photo: Eko Siswono Toyudho/VCG 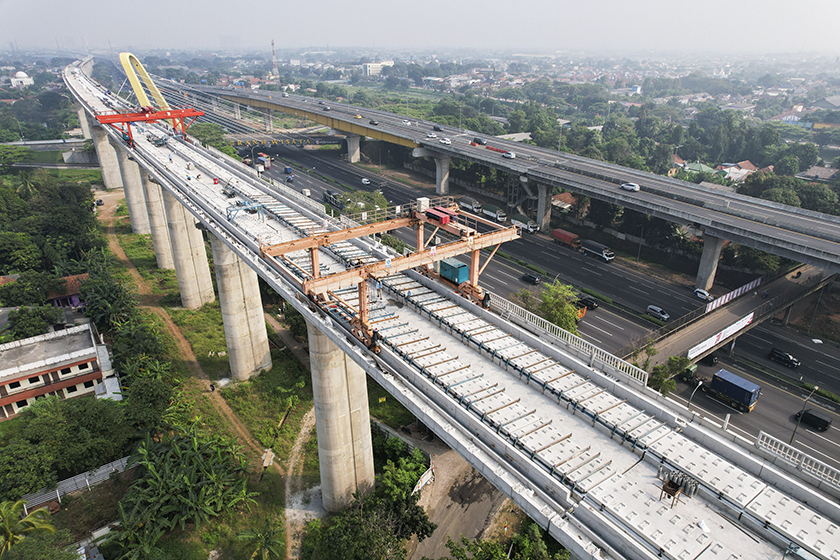 An elevated track for the Jakarta-Bandung railway towers above the ground on Aug. 2. Photo: Dimas Ardian /VCG 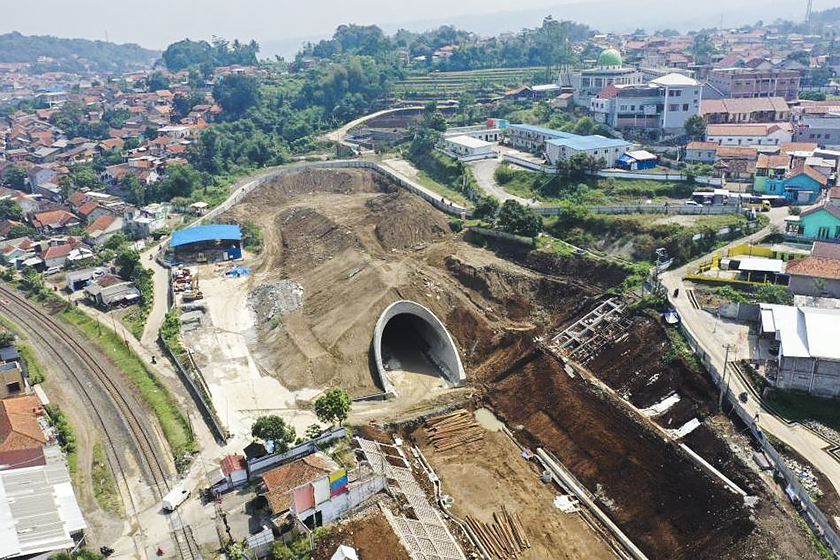 Construction of the No. 10 tunnel of the Jakarta-Bandung High-Speed Railway was completed in August 2021. A landmark project of the China-led Belt and Road Initiative, the railway is scheduled to be officially up and running in June. The railway is expected to cut the journey between Jakarta and Bandung to around 40 minutes. Photo: Xinhua