Tencent to Give $20 Billion Meituan Stake to Shareholders 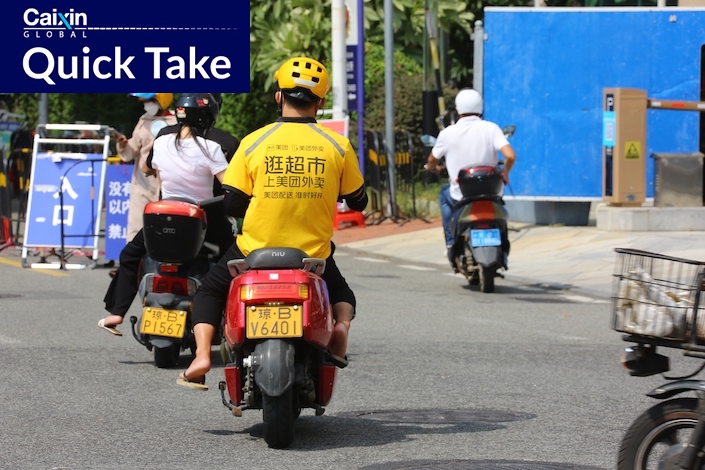 What’s new: Tencent Holdings Ltd. will distribute 90% of its holdings in meal delivery giant Meituan to shareholders as a special dividend, the internet giant said Wednesday.

Tencent will hand out 958 million of Meituan’s B shares to shareholders at a rate of one Meituan share for every 10 Tencent shares. Based on Meituan’s Wednesday closing price of HK$162.3 a share ($20.74), the payout will worth roughly $20 billion.

As of June 30, Tencent owned more than 1 billion of Meituan’s B shares, or 19.75%, making it the biggest shareholder. The distribution will leave Tencent with less than 2% of Meituan. Tencent said it expects to complete the distribution in March.

Tencent also said Wednesday that Tencent President Liu Zhiping resigned as nonexecutive director of Meituan. Liu advised on Meituan’s business and investment strategies and overall market trends. Liu said Tencent will continue to work closely with Meituan to promote the deep integration of the digital economy and the real economy and create greater value for consumers, merchants and society.

The background: Tencent has been a large shareholder of Meituan since the food delivery platform’s early days and participated in several rounds of its fundraising. In August, speculation about Tencent’s plan to divest its Meituan stake drove down Meituan’s shares 10%, causing a valuation loss of HK$100 billion in one day.

Last year, Tencent handed out a $16.4 billion stake in JD.com as a dividend to shareholders, making JD.com’s shares plunge.

The central government has been conducting a broad regulatory crackdown on technology businesses, taking aim at their overseas growth ambitions and at the concentration of market power in China.