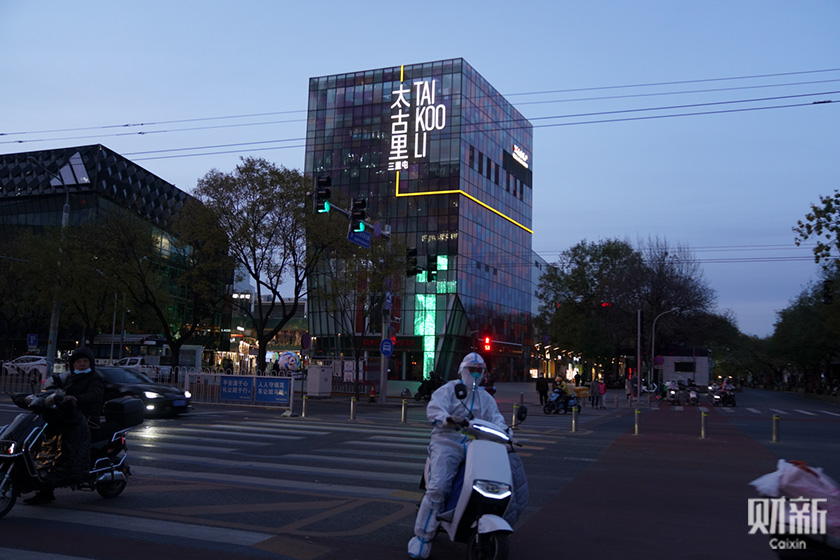 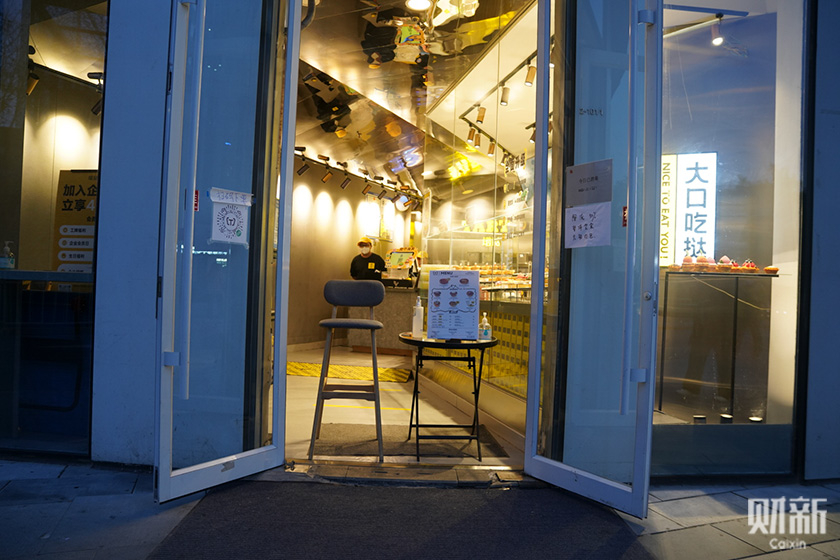 A dessert store in Sanlitun is one of the numerous restaurants in Chaoyang that was ordered to suspend dine-in services over the weekend. A staff member told Caixin that the chain’s two other stores in Dongcheng district were also told Monday to temporarily stop allowing customers to dine in. Photo: Ding Gang/Caixin 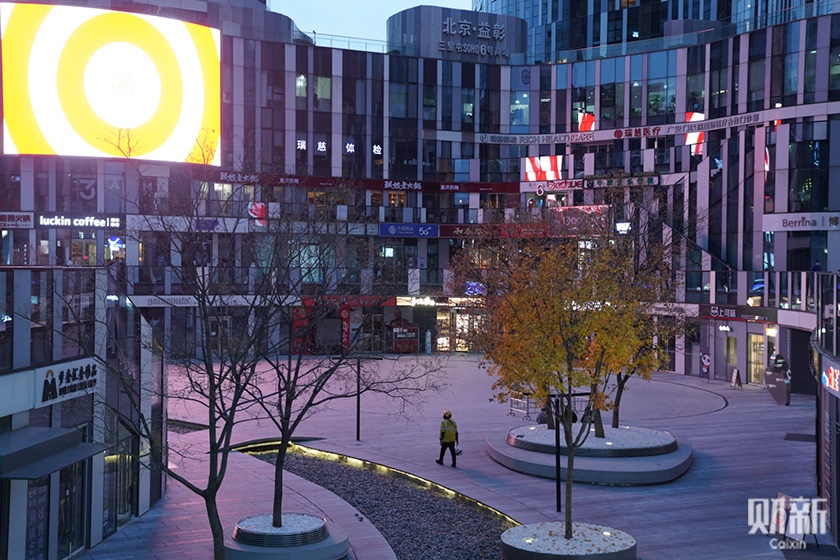 A take-out courier walks through an empty shopping complex in Sanlitun on Monday. Other Chaoyang businesses were told over the weekend to temporarily shut down. Photo: Ding Gang/Caixin 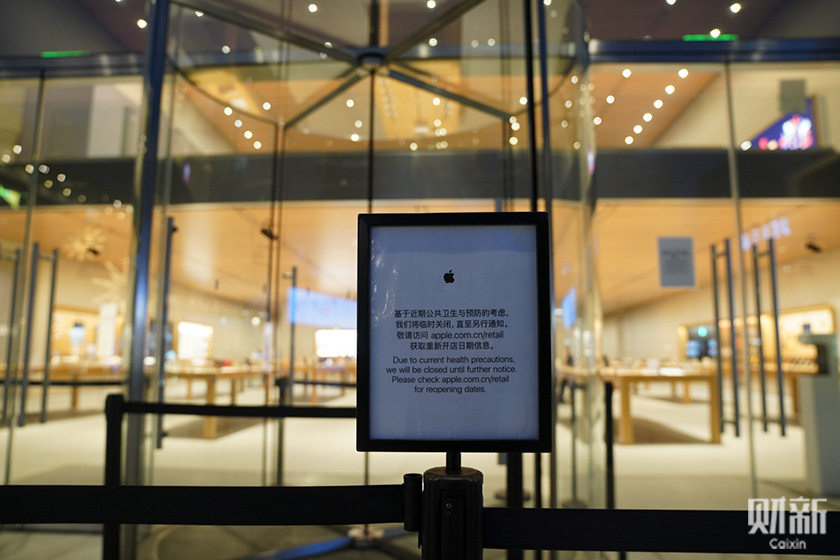 A notice at the Apple store in Taikoo Li on Monday states that the shop will be closed to comply with the current health precautions. Photo: Ding Gang/Caixin 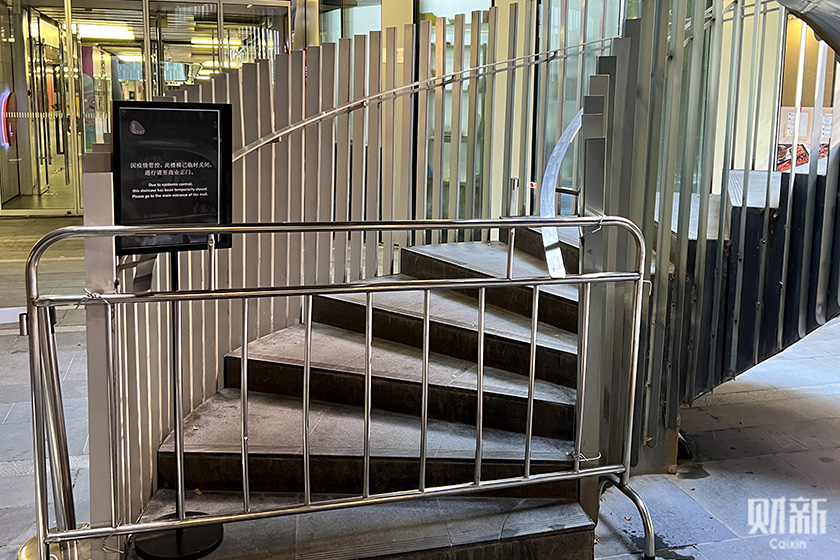 A spiral staircase in Sanlitun is sealed off on Monday. Photo: Liu Xinyi/Caixin 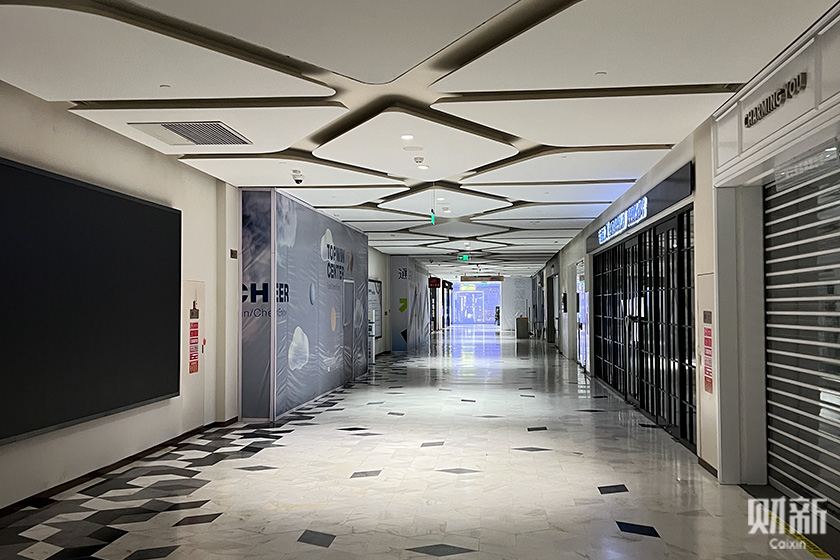 A row of closed shops inside the Topwin Center in Sanlitun on Monday. Photo: Liu Xinyi/Caixin 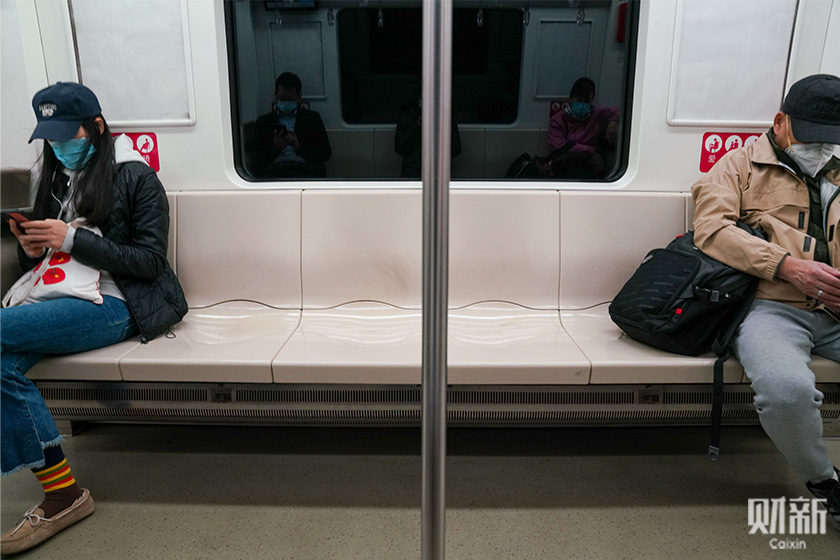 Passengers keep a safe distance apart on the subway Monday in Chaoyang. Since this weekend, authorities have urged the district’s nearly 3.5 million residents to stay at home and reduce their activities. Photo: Zhang Ruixue/Caixin 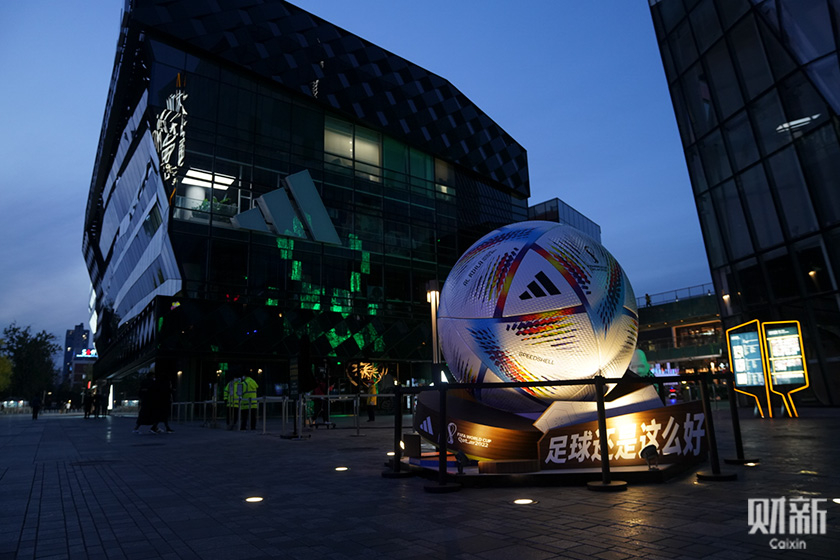 A giant soccer display sits at an entrance to the empty Taikoo Li complex on Monday. On the same day, an official from the Beijing Center for Disease Control and Prevention said that the city is facing the most complicated and severe Covid outbreak since the pandemic began. Photo: Ding Gang/Caixin