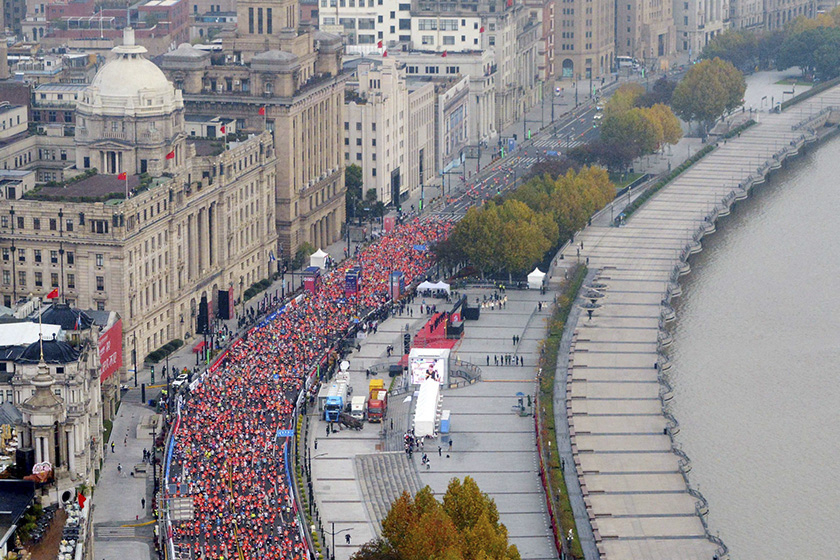 The 2022 Shanghai Marathon kicks off on Sunday morning after a two-year suspension due to the pandemic. Around 18,000 runners participated in this year’s event, double the number two years ago. Photo: VCG 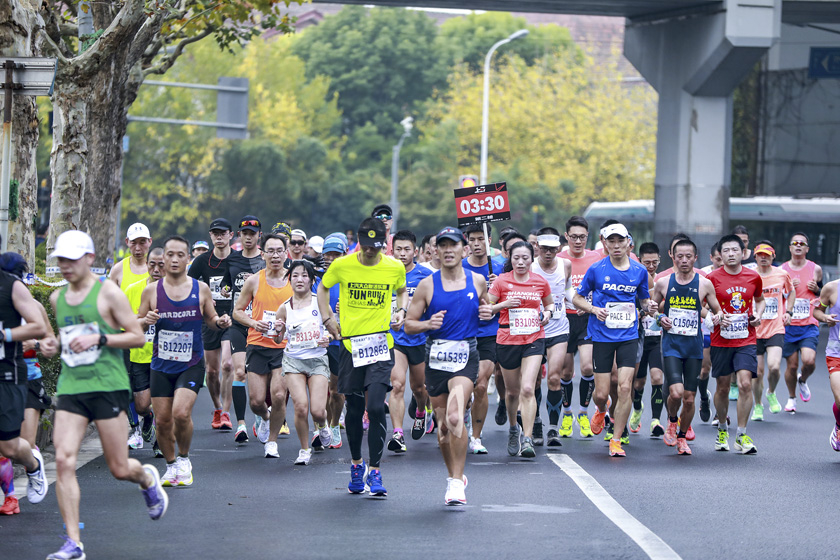 Shanghai has implemented strict epidemic control measures as it battles its latest Covid outbreak. Before the marathon, all runners had to stay in the city for at least seven days and pass a Covid test for three straight days. Photo: VCG 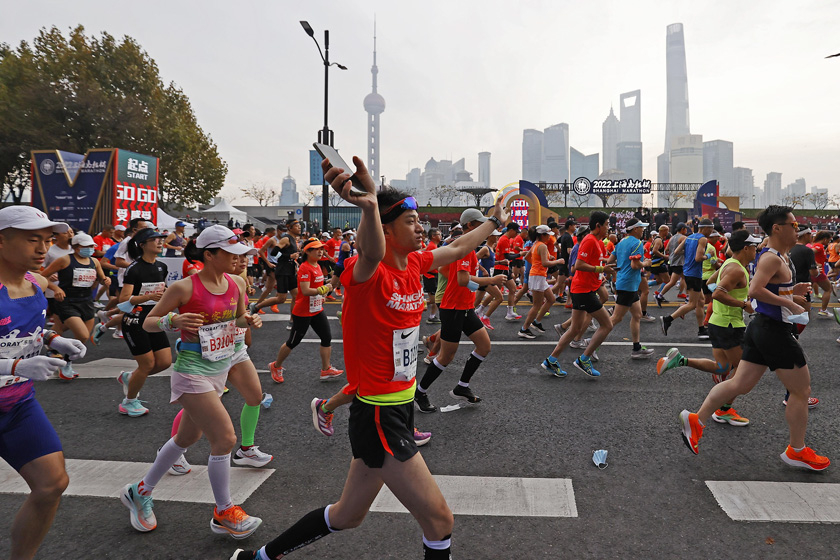 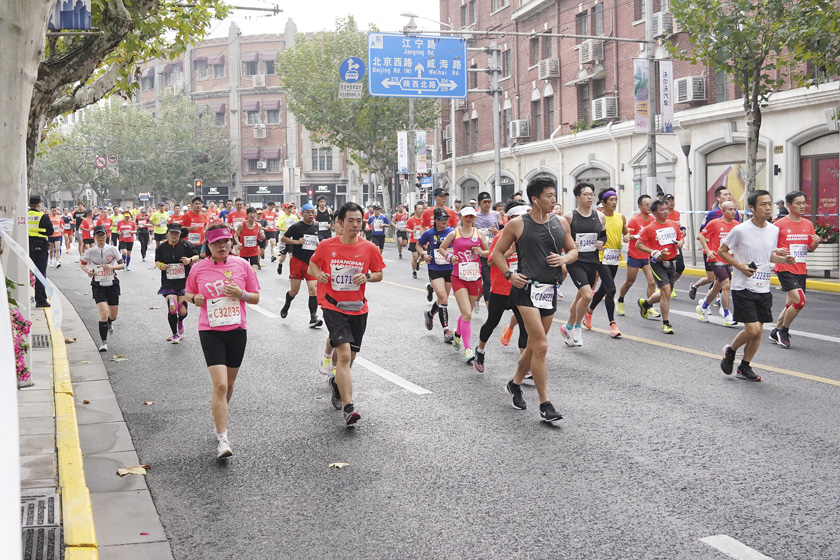 Runners pass by the intersection of Jiangning and Beijing West roads in Jing’an district. Photo: VCG 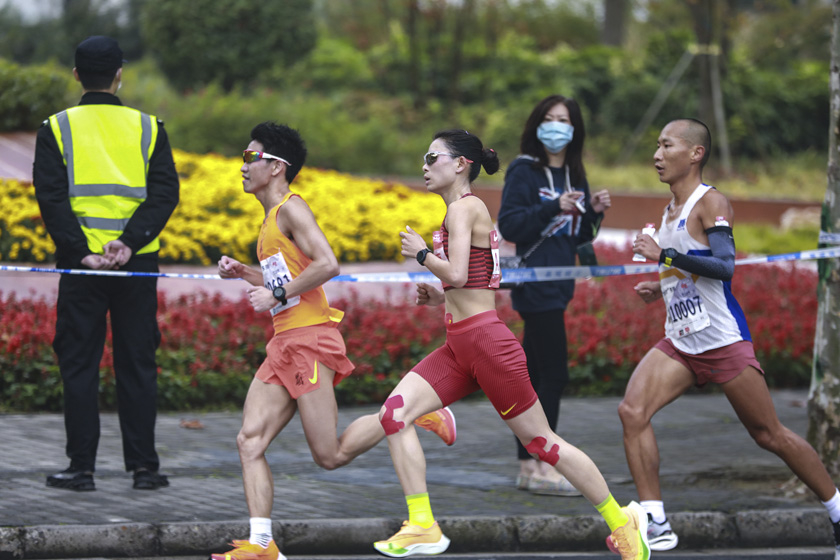 Runners pass by an onlooker standing on the sidewalk. Photo: VCG 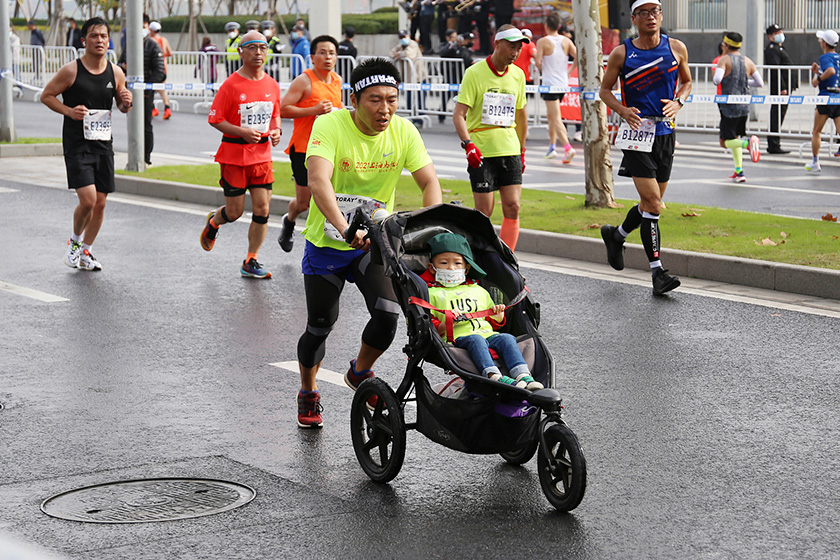 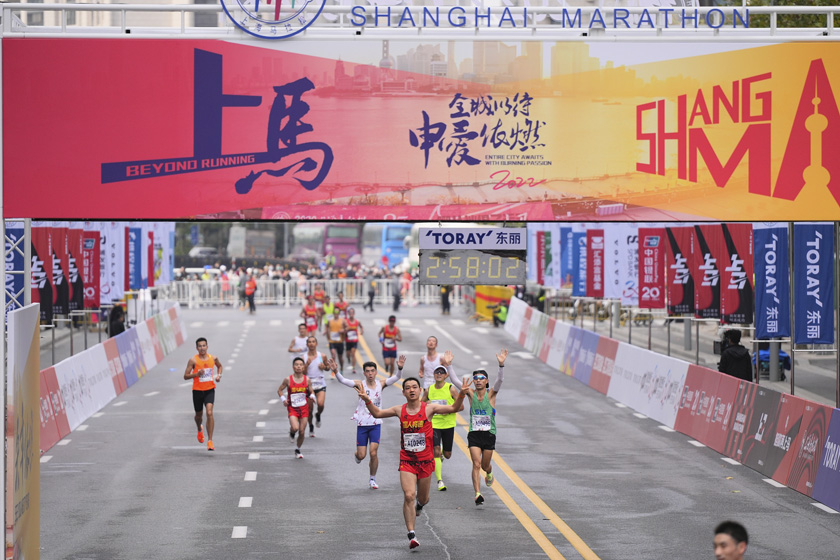 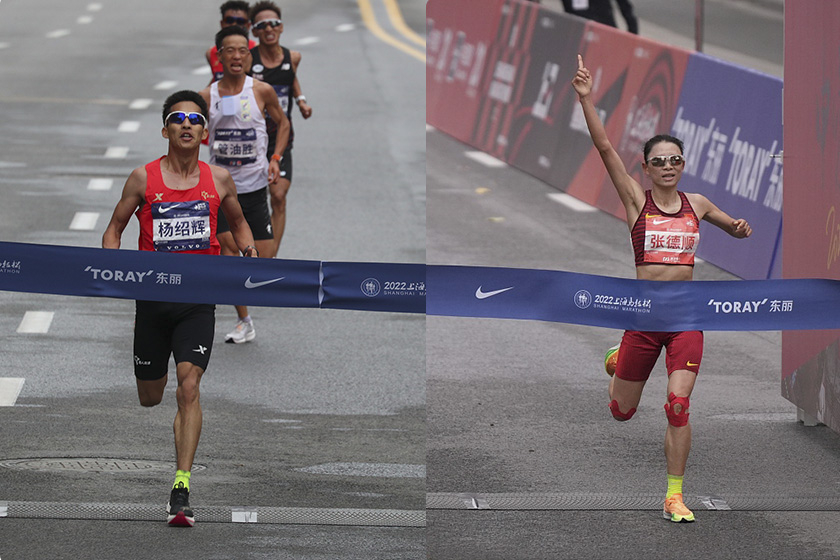