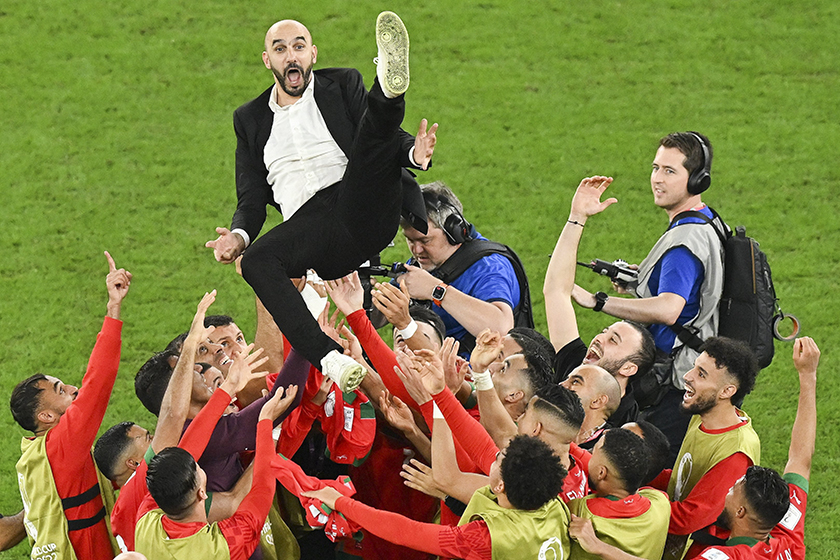 Morocco’s players throw their coach, Walid Regragui, into the air as the team celebrates knocking out Spain 3-0 on penalties Tuesday in a round 16 match of the Qatar 2022 World Cup. Photo: Glyn Kirk/VCG 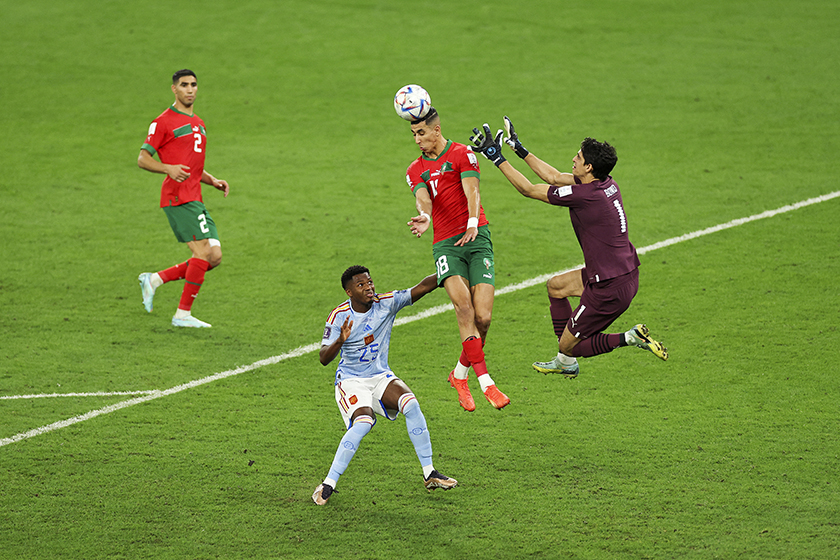 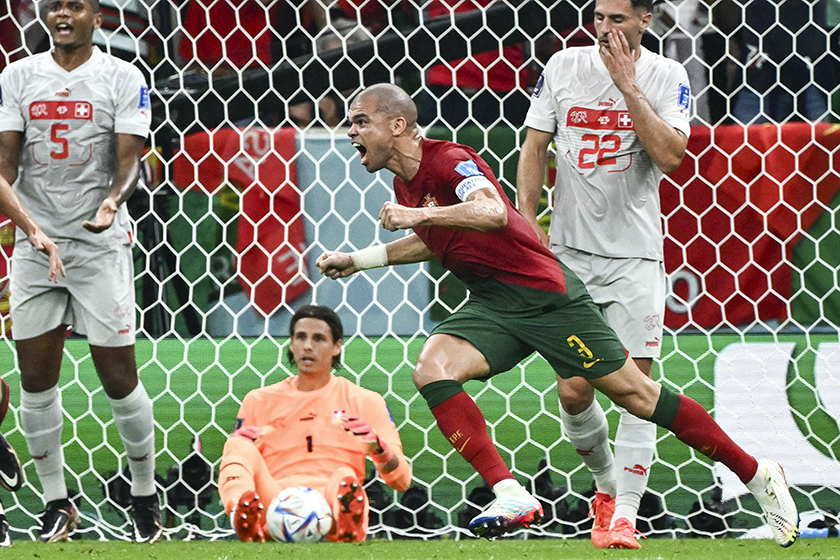 Portugal’s defender Pepe (No. 3) celebrates after scoring his team’s second goal in a round 16 match against Switzerland on Tuesday. Portugal defeated Switzerland 6-1. Photo: Jewel Samad/VCG 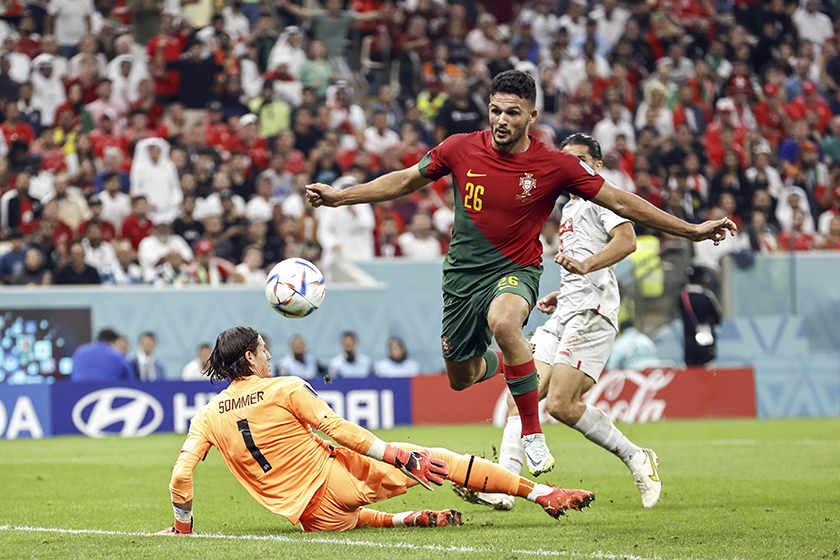 Goncalo Ramos (No. 26) of Portugal scores a goal. A replacement for Cristiano Ronaldo, the 21-year-old scored a hat-trick. Photo: VCG 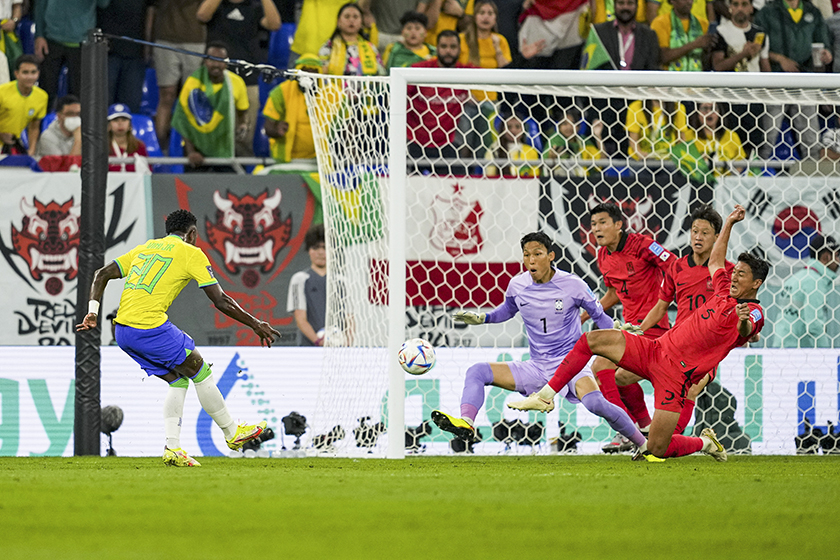 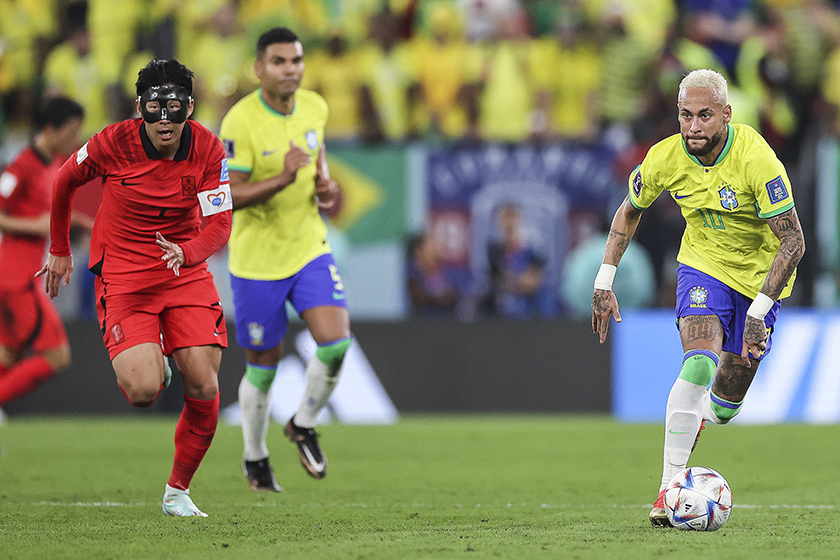 Neymar (No. 10) of Brazil breaks away from Son Heung-min of South Korea during their match. Neymar converted a first-half penalty. Photo: Michael Steele/VCG 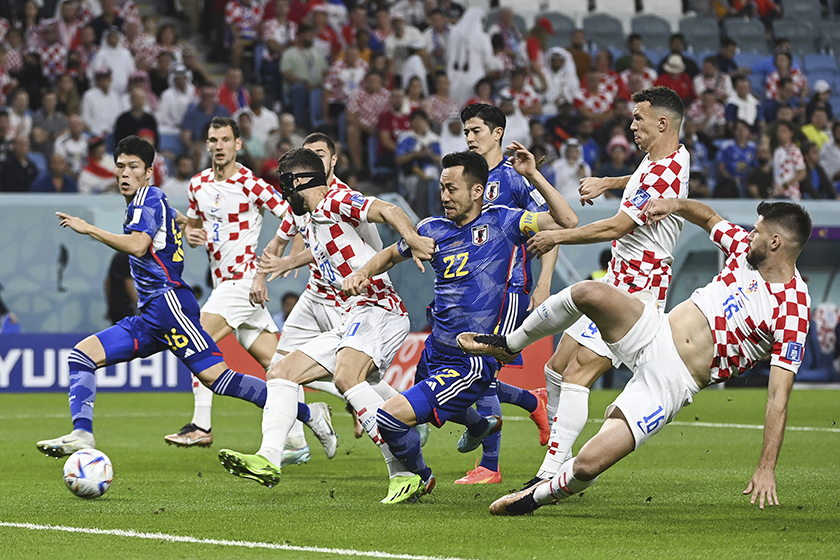 Croatian and Japanese players compete for the ball during their round 16 match on Monday. Croatia drew 1-1 with Japan, but made it through to the quarterfinals in a penalty shootout. Photo: VCG 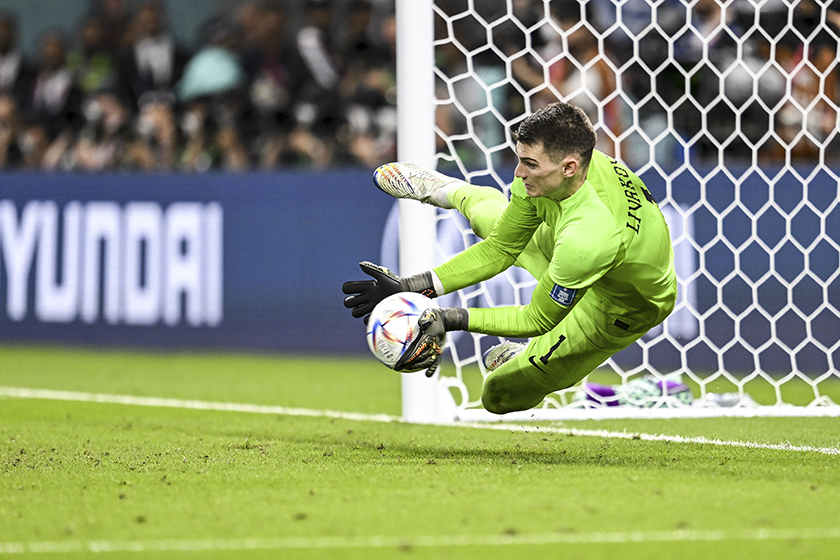 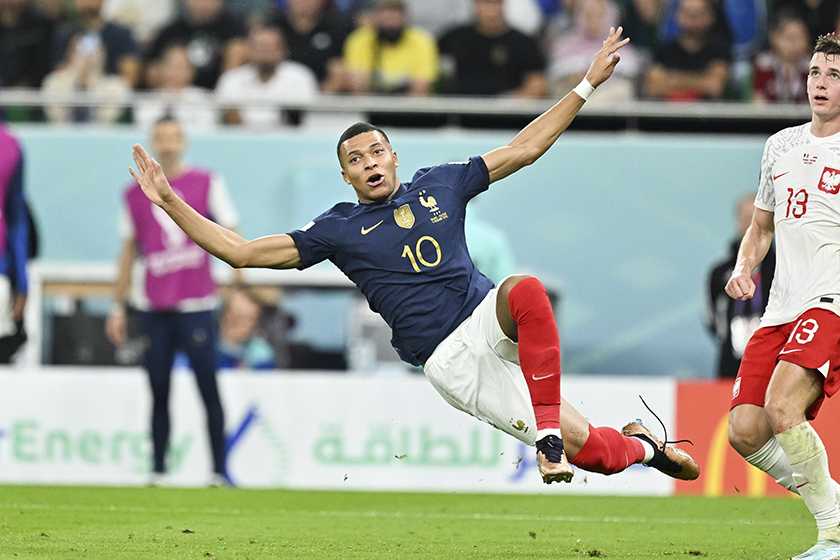 Kylian Mbappé of France scored a brace during the round 16 match against Poland on Sunday. France defeated Poland 3-1. Photo: Mustafa Yalcin/VCG 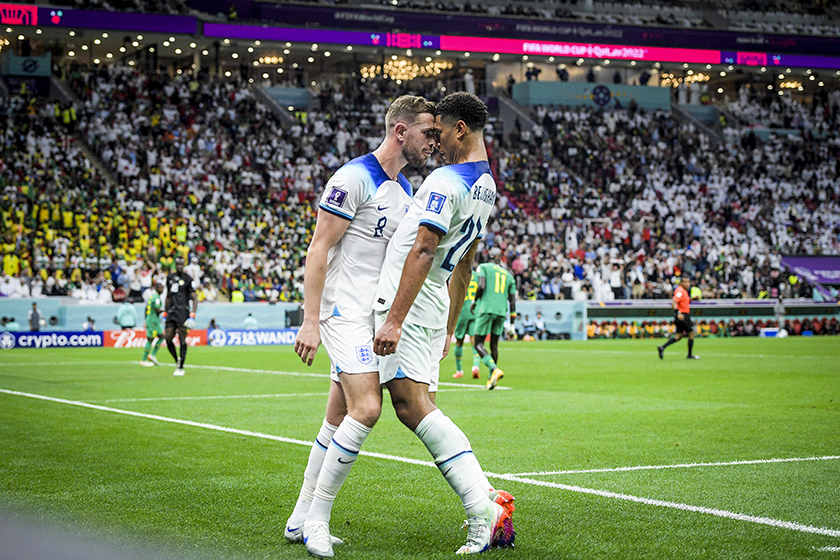 England’s Jordan Henderson (No. 8) celebrates with teammate Jude Bellingham after scoring a goal in a round 16 match against Senegal on Sunday. England defeated Senegal 3-0. Photo: Dale MacMillan/VCG 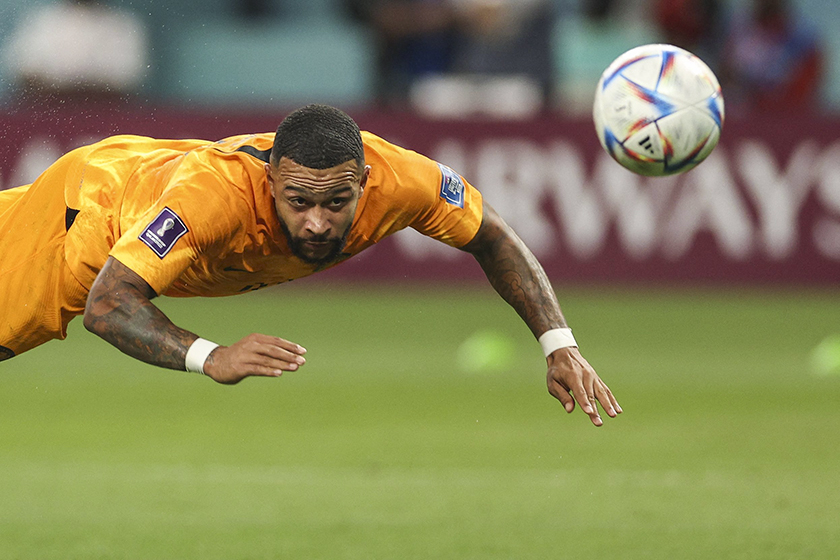 Netherlands’ forward Memphis Depay heads the ball during the round 16 match against the U.S. on Saturday. The Netherlands progressed to the World Cup’s final eight by beating the U.S. 3-1. Photo: Adrian Dennis/VCG 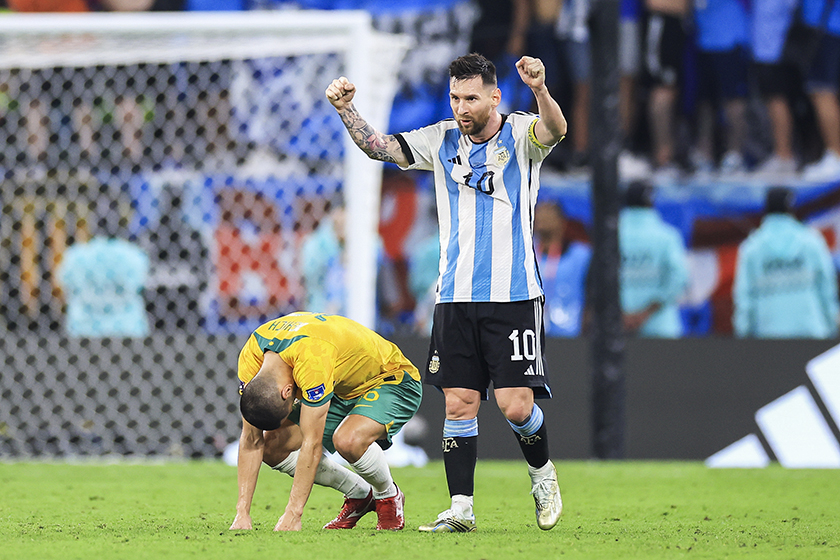 Lionel Messi (No. 10) celebrates Argentina’s win over Australia 2-1 in the round 16 match on Saturday. Messi’s goal in the first half secured the team’s spot in the quarterfinals. Photo: Buda Mendes/VCG