By Kelsey Cheng and Wang Zili 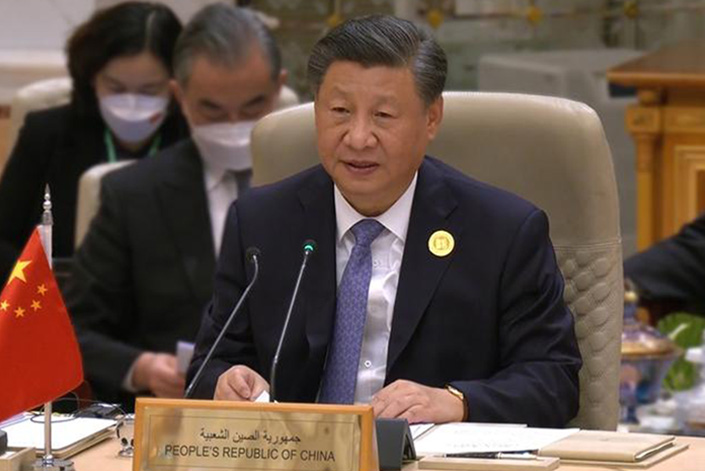 President Xi Jinping said on Friday that China would work with Gulf nations to start yuan settlements of oil and gas trades in the next three to five years, a move likely aimed at boosting Beijing’s ambitions to push the Chinese currency’s international use.

Speaking at the China-Gulf Cooperation Council (GCC) Summit in Saudi Arabia’s capital Riyadh, Xi said the Shanghai Petroleum and Natural Gas Exchange would be utilized to facilitate the trades in yuan, according to a speech published by the official Xinhua News Agency. The exchange is a national energy trading platform launched in 2016.