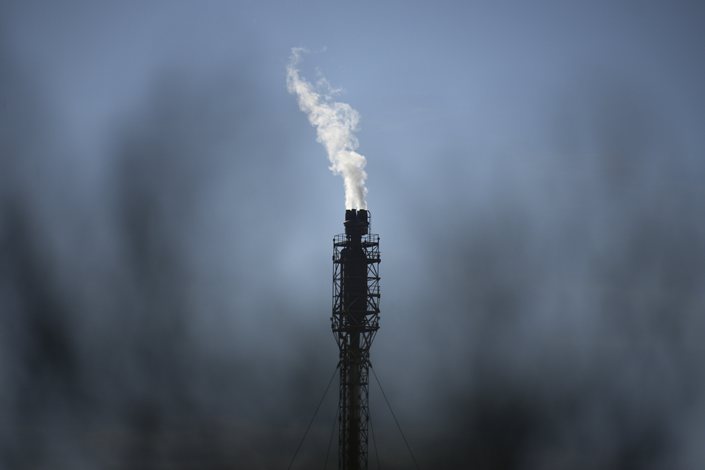 Editor's note: Caixin Global and the Yale Center Beijing in August 2021 launched a Smart Talks on Climate Change program, including an essay competition, to endow leaders of the next generation aged 16 to 25 to tackle the problem. We're publishing the top three essays from the winners of the competition as this year’s program concluded in November.

In the post-pandemic era, anti-globalization events in political and economic sectors continuously occur. However, the global international education industry has expanded, estimated to reach 9 million international students worldwide in 2030. With more students traveling from developing countries, such as China and India, to developed countries to pursue higher education, population mobility and education institutions cause a significant environmental impact.

Global climate change is mainly caused by the emission of greenhouse gases (GHG). In the higher education sector, individuals leave their home country and stay in more industrialized and developed regions, such as the United States and the United Kingdom. The air travel demand and the destination’s per capita emissions related to living standards contribute to the change in the student’s personal GHG emissions. In 2014, the international education sector emitted around 14.01 megatons to 38.54 megatons of carbon dioxide. Furthermore, while the institutions possess sophisticated equipment and large public areas, a higher density of campus students produces more GHG in the carbon-based energy-reliant community.

However, international students realize how essential it is for universities, as well as themselves, to reduce their carbon footprint. The QS environmental concerns survey revealed that 88% of international students believed that the university community should take action to prevent environmental degradation, according to an article in the University World News. As a result, students have engaged more in environmental lectures, such as those on decarbonizing the economy, and have taken action either voluntarily or by working in local communities.

Besides participating in local environmental movements, international students’ perspectives on globalization have triggered their reflection on the disparity in conservation strategies between their homeland and where they study. I have interviewed Chinese students from different parts of the world to share their observations.

Yi Wang, a student at the University of British Columbia in Vancouver, Canada, recognized that: Canada has made efforts to reduce energy costs of residential and commercial buildings, targeting greener spaces with lower emissions. Also, by setting up a Low Carbon Economy Fund, I see more effective measures taken by communities … I believe China should not only establish national policies but also motivate community endeavors and optimize energy structures in residential sectors.

The German government plans to shut down all carbon factories by the end of 2038 and generate more energy from renewable sources … Although this is a critical step to reducing carbon dioxide emissions, the timing is not adaptable in developing countries like China due to greater demands on stable and cost-effective energy sources, such as coal.

Wang and Zou’s comments have demonstrated the differences in conservation strategies, which are in line with the different social and economic development stages between China and developed countries. It is crucial to recognize these gaps to understand why countries bear common but different responsibilities in achieving net-zero carbon emissions. However, certain advanced social policies and technologies could be studied and adopted in China and other developing countries, such as encouraging citizens to take public transportation by lowering fares or investing in solar and wind power. Thus, solving the global climate crisis not only needs research carried out by environmental scientists and engineers but also devotion and cooperation among policymakers, lawyers economists and others.

While countries reach consensus in international climate conferences on national levels, international students can enhance intercultural communication in societies. These connections between domestic and international students while at school can foster cooperation in higher platforms and broader communities. For instance, future pioneers in the international legal and environmental protection fields may be classmates in college, and their mutual trust and respect can facilitate more efficient cross-country efforts. Correspondingly, generation Z, born during the technology boom, is more resourceful and inclusive in tackling challenges. They are more environmentally conscious and eager to hear voices from diverse backgrounds to work toward the same goal. Fanrui Zeng, an 18-year-old student studying in Seoul, South Korea, said, “Increasing global attention and cooperation on transitioning to cleaner energy may be a possible solution to reach the compatibility of environment conservation and economic growth.” Zou also said that it is crucial for our generation to discover shared solutions based on different political systems.

According to my investigation, I propose the following suggestions for the global education community:

1. Provide courses on anthropogenic influence on the environment and cultivate a interdisciplinary skill set in cooperative problem solving;

2. Create international platforms and organizations for students to exchange ideas on promoting the growth of environmental sectors in less-developed countries and increasing the inclusivity of the youth’s climate contribution;

In conclusion, the global international student and youth community has great potential to harness sustainable environmental solutions and tackle the climate crisis. If the international education environment could promote intercultural and institution-community interactions, it would form the foundation for intellectual discussions and future social networks that benefit collaboration in multiple fields to fight against climate change.

Li Weican is a 12th grader at Beijing 101 Middle School.