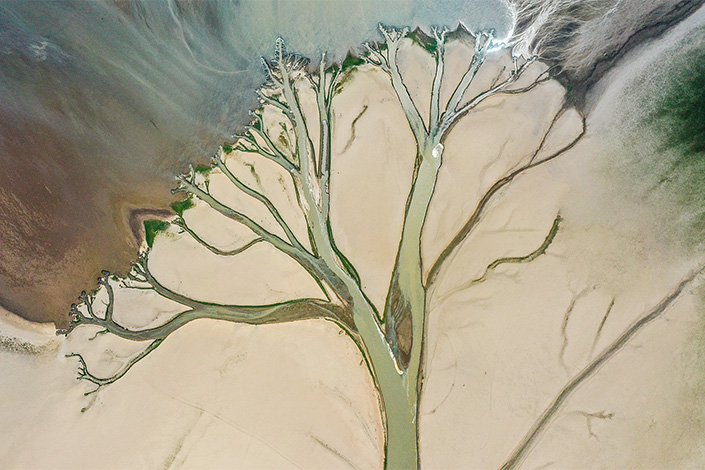 Editor's note: In August 2021, Caixin Global and Yale Center Beijing jointly launched a Smart Talks on Climate Change program, including an essay competition, to help endow leaders of the next generation aged 16 to 25 with the wherewithal to tackle the problem. We're publishing the top three essays from the winners of the competition as this year’s program concluded in November.

In the summer of 2022, multiple regions around the world reported record-breaking, life-threatening high temperatures. In China, most southern provinces experienced long-lasting extreme temperatures of over 40 degrees Celsius. In Europe, persistent lack of precipitation due to heatwaves resulted in diminished water storage, lower crop yields and reduced hydropower generation.

These are all effects of climate change, more specifically, global warming. Carbon dioxide emissions caused by humans since the Industrial Revolution have led to global warming, posing a huge threat to all living organisms on this planet, including humans ourselves. If we don’t take action to effectively mitigate climate change, that is just the start of the story.

Total emissions have rapidly risen over the past 100 years, resulting in an increase of 1 C in the average temperature across the globe. That may seem insignificant and harmless, but has a tremendous impact on the world. In 2021, approximately 35,962.87 million tons of carbon dioxide were released into the atmosphere, with China emitting the most, 32.48% (the U.S. and Europe followed with 12.61% and 7.29%, respectively).

Thankfully, countries around the world have reached a consensus. As of April 2018, 175 parties approved the Paris Agreement (on limiting the temperature increase this century to below 2 C above pre-industrial levels) and 168 parties have communicated their first nationally determined contributions to tackle climate change.

Each of the top three carbon emitters have announced plans for controlling global warming. President Xi Jinping announced that China will peak its carbon emissions by 2030 and achieve carbon neutrality by 2060. The U.S. and Europe have already hit peak carbon emissions; both are planning to become carbon neutral before 2050. Most other countries have goals that are similar, though there still is a long way to go and much uncertainty on the way.

No doubt these plans are promising, yet they are simply not enough. Scientists have estimated that, with the current policies, global warming will cause temperatures to rise by around 3 C, well above the 2 C minimum goal. Scientists have concluded that this increase could cause irreversible damage to our ecosystem, meaning we need more extensive and extreme measures to both repair the damage caused by human beings and to mitigate future damage.

The question then is whether there are any reactive or proactive measures we can take to stop the worst from happening. All will agree that the answer should be yes, so I propose four suggestions for trying to do so.

Firstly, China and the U.S. have to cooperate on climate change. Reaching the goal of limiting temperature increase will only be made possible when China, the largest developing country and second-largest economy, and the U.S., the largest developed country and largest economy in the world, join hands to shoulder the responsibility of tackling climate change.

Secondly, the U.N. can play a role in ending the war in Ukraine, thus putting an end to the current global energy crisis. Ending that war, which has caused Russia to reduce the supply of gas and oil to the rest of the world, particularly to Europe, could prevent the current energy crisis from deteriorating into global inflation or even an economic disaster. Otherwise, global growth will be much slower; investment in renewable energy R&D and energy transition will be reduced, and climate change goals will, again, be less achievable.

Last but not least, certain rules established by developing countries only pertain to themselves while overlooking those still in the process of development. For example, phasing down rather than phasing out the use of fossil fuels may, in some cases, be a more practical approach. Currently, fossil fuels are still a fundamental source of energy for many countries and changes will not be made overnight. It takes a progressive course of action to complete an energy transition. Those countries should be allowed to use cheaper and affordable energy including coal and oil, while adopting clean energy techniques such as carbon capture, utilization and storage to transform into a country with a renewable-based energy supply.

To conclude, we all need to face the truth that global warming is still an issue that has yet to be resolved. People need to understand the seriousness of the problem and the younger generation should be educated to pay attention to and gain interest in it. This is something for us to worry about, and we should certainly not leave more problems for future generations to solve.

Zhang Yupan is an 11th grader at the Loomis Chaffee School.