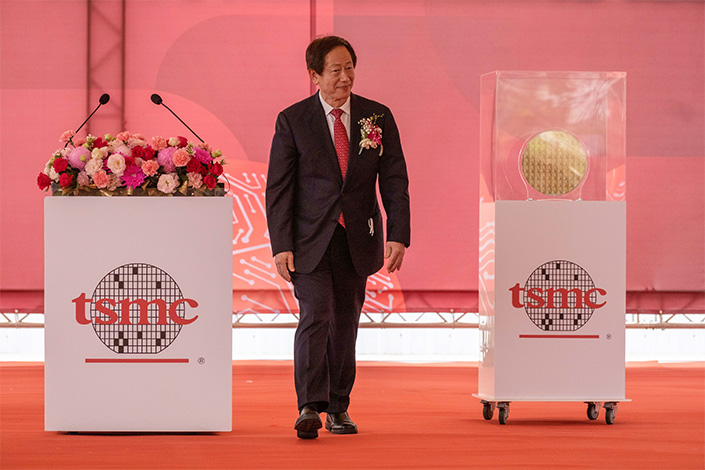 TSMC Chairman Mark Liu said there is strong demand for next-generation 3-nanometer chips during a ceremony to mark the start of production at the company’s Tainan campus in southern Taiwan. Photo: VCG

Taiwan Semiconductor Manufacturing Co. Ltd. (TSMC), the world’s largest contract chipmaker, has kicked off mass-production of next-generation 3-nanometer (nm) chips and announced it would keep production of the subsequent iteration of chips on the island, retaining its most advanced manufacturing technology at home.

There is “very strong” demand for 3 nm chips, said TSMC Chairman Mark Liu at a ceremony marking the start of production at the company’s Tainan campus in southern Taiwan. TSMC will produce 2 nm chips in plants located in the Taiwanese cities of Hsinchu and Taichung, said Liu. The firm forecast in June that they would produce 2 nm chips by 2025.