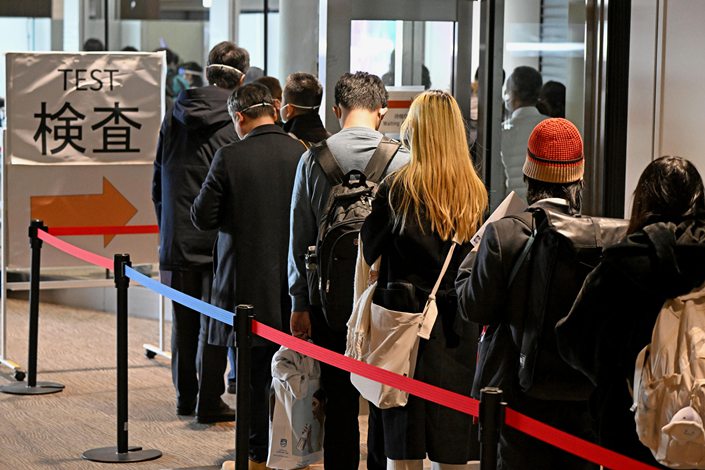 China-foreign relations are facing new situations. As China lifted pandemic control restrictions, especially in entry management, physical interactions between China and other countries are likely to present a faster recovery. The new leadership of China’s Ministry of Foreign Affairs has expressed goodwill in a variety of ways. However, complex factors, such as the Covid-19 pandemic and great changes in the international geopolitical pattern, have challenged China’s efforts to strengthen and improve its relations with the outside world. Currently, a proper approach is to boost institutional opening-up, especially by enhancing the national awareness of rules and the spirit of the contract, and continue to optimize the business environment, in order to stabilize and raise major trading partners’ confidence and expectations in China, fundamentally.

The three-year pandemic has changed the world and seriously affected people-to-people exchanges between countries and regions. Recently, some countries announced entry restrictions on travelers from China. These are provisional measures, however, signaling more intricate international relations than existed three years ago. It is gratifying that China’s decision-makers have continuously demonstrated their determination to promote high-level opening-up and boost institutional opening-up. It is a rare choice in the face of the ongoing pandemic and external environment turbulence.

In essence, institutional opening-up is based on rules, so respecting and abiding by international economic and trade rules is a basic requirement. At the turn of the century, to meet the requirements of China’s accession to the WTO and fulfill its relevant commitments, China revised and abolished more than 2,300 laws, regulations and departmental rules as well as more than 90,000 local regulations, local government rules and other policies and measures. China’s accession to the WTO is a good model for rules-based opening up. Rules are evolving. China must actively align with high-standard international economic and trade rules in the expansion of institutional opening-up. The recent Central Economic Work Conference pointed out that “China shall make active efforts to promote participation in high-standard economic and trade agreements such as the Comprehensive and Progressive Agreement for Trans-Pacific Partnership (CPTPP) and the Digital Economy Partnership Agreement (DEPA) and to deepen domestic reforms in relevant areas in accordance with rules, regulations, management and standards.” The CPTPP represents the highest standard of the new generation of trade agreements, setting stricter requirements than the WTO and other free trade agreements on rules for e-commerce, government procurement, environmental protection and so on. As the earliest separate agreement on digital trade, the DEPA provides a reference for institutional arrangements of the global digital economy. regardless of whether China succeeds in joining the two agreements, it should give top priority to reforming and improving relevant systems, meeting their standards in advance.

Expanding institutional opening up is like a boat sailing upstream — it has to forge ahead or be driven backward. For us, it is a must to enhance awareness of rules. Many officials and scholars who lived through “China’s admission to WTO” said that its greatest benefit was in the improvement of rule awareness, and it is the greatest pity that people still lack the awareness of rules. To join rules-based international economic and trade systems like the WTO, CPTPP and DEPA, winning trust and realizing the original aspiration of “advancing reforms through opening-up,” China must uphold rule awareness and abide by rules.

How we view international rules determines whether we can follow them. Regarding international rules, many Chinese show knee-jerk reactions that they are just tools developed countries leverage to exploit developing countries and limit their development. The view is one-sided and rigid. Over the past 40 years, China has been proactively adapting to the international order, including rules for international economic and trade activities. This practice has greatly benefited the country. The Chinese government reiterated it has no intention to start everything anew. This statement is not just diplomatic rhetoric but also realistically well-founded and credible. Times are changing. China of course will introduce opinions on some outdated and unreasonable rules to strive for its legitimate rights and interests. It has been delivering on its signed international agreements and promises. Some hold the view that fostering strengths and circumventing weaknesses may be a practice for implementing international rules. This seems reasonable at a superficial level but is actually likely to slide toward opportunism and damage China’s international image. The misconception that China is powerful enough to put aside existing international rules is detrimental to China’s expansion of institutional opening-up. We must maintain sharp vigilance against the ultranationalist tendency and the growing blind anti-foreign sentiment, thus creating a favorable social atmosphere and public opinion environment for expanding institutional opening-up.

China faces many institutional barriers in institutional opening up, which need to be urgently removed. The central government has recently brought many requirements targeted at realistic aspects of reform and opening-up. China should be firm in consolidating and developing the public sector of the economy, shall remain steadfast in encouraging, supporting, and guiding the development of the private sector, and should expand market access, protect property rights and intellectual property rights in accordance with the law, abide by the spirit of the contract, and create a market-oriented, law-based and international first-class business environment. All these efforts are highly consistent with the quintessence of expanding institutional opening-up. We expect to see these policies and measures in place to facilitate equal competition among private enterprises, foreign-invested enterprises and others.

China’s high-quality economic development is fundamentally attributed to the comprehensive deepening of reform and opening up. China should continue to hoist high the banner of globalization. Expanding institutional opening up is a wise choice for the moment, for the long-term and for the benefit of all. The premise for China to expand its institutional opening-up is to proactively improve its relations with major trading partners and constantly enhance its international image.