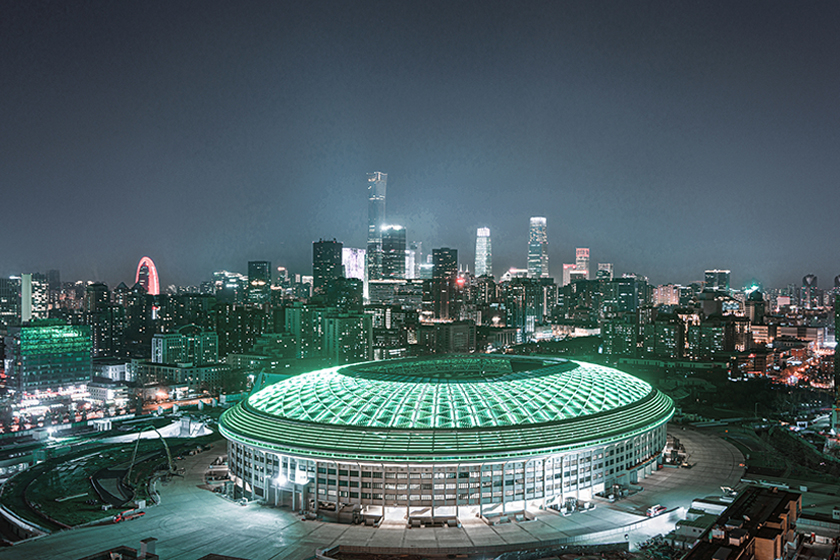 After a two-year renovation, the Beijing Workers’ Stadium has been upgraded into the first world-class professional soccer stadium in the capital, according to the state-run Xinhua News Agency on Friday. Photo: VCG 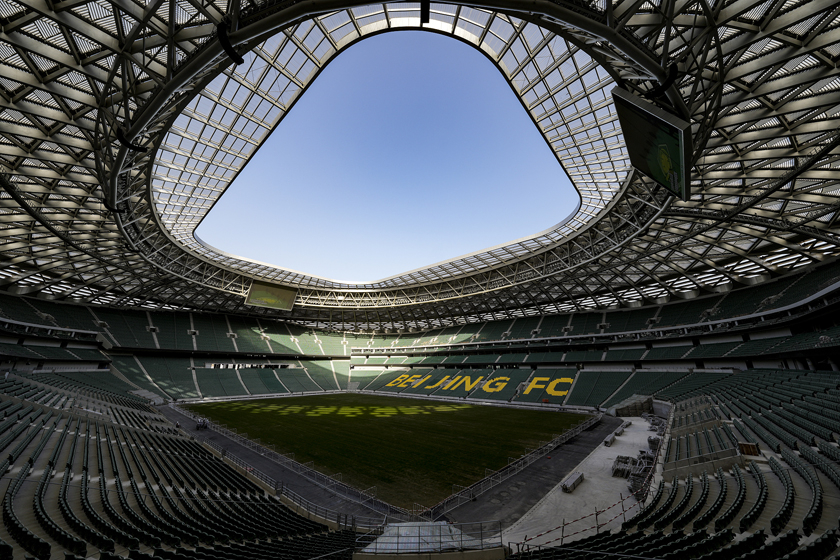 The revamped stadium has a capacity of 68,000 and covers an area of about 100,000 square meters. It took 16,400 tons of steel to build the canopy structure, according to Xinhua. Photo: VCG 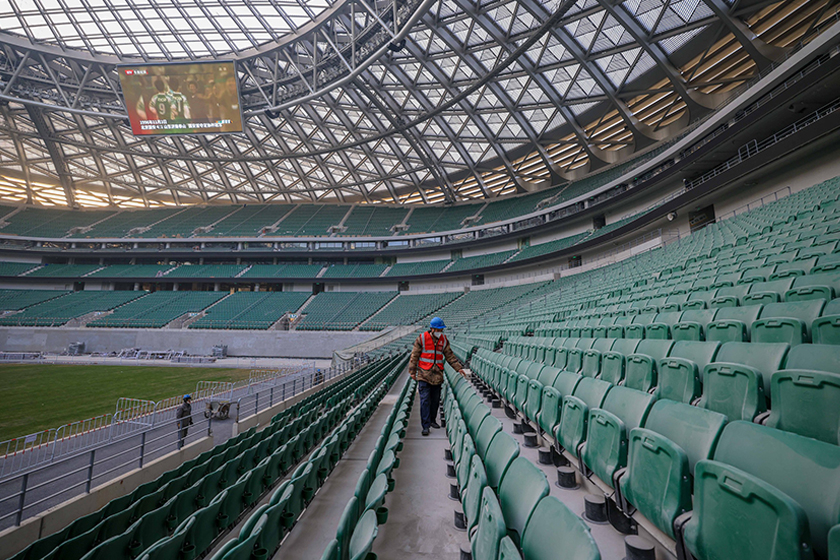 Spectators seated nearest to the pitch are merely 8.5 meters away. Meanwhile, the slope of the stands was increased to provide the audience with a wider field of vision. Photo: IC Photo 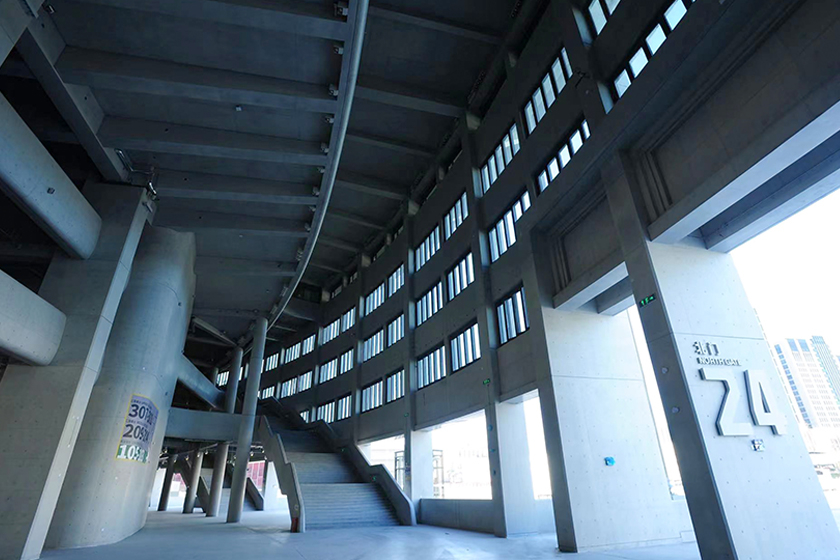 The north gate of the Beijing Workers’ Stadium. The stadium has been renovated three times since the 1990s, with the latest kicking off in July 2020. Photo: Beijing Construction Engineering Group 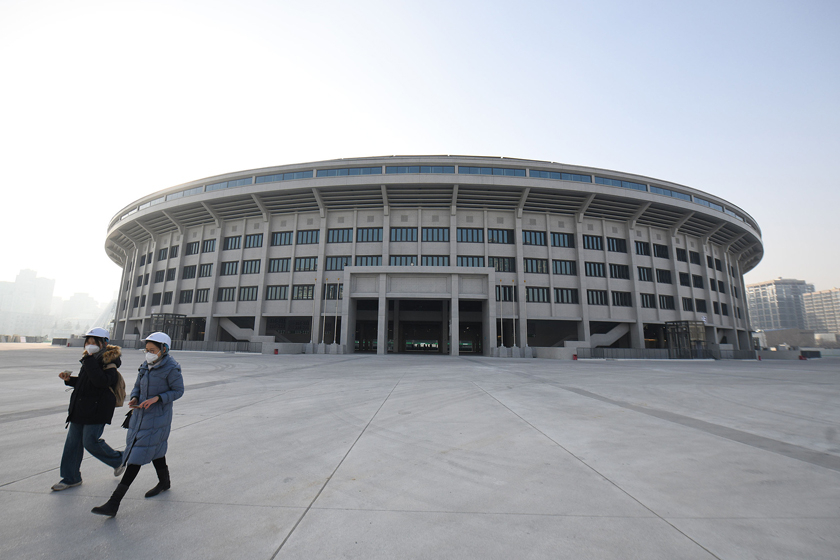 Two workers wearing safety helmets walk past the north gate of the stadium on Friday. The overall building facade of the stadium is made of raw concrete and made to resemble its traditional exterior. Photo: VCG 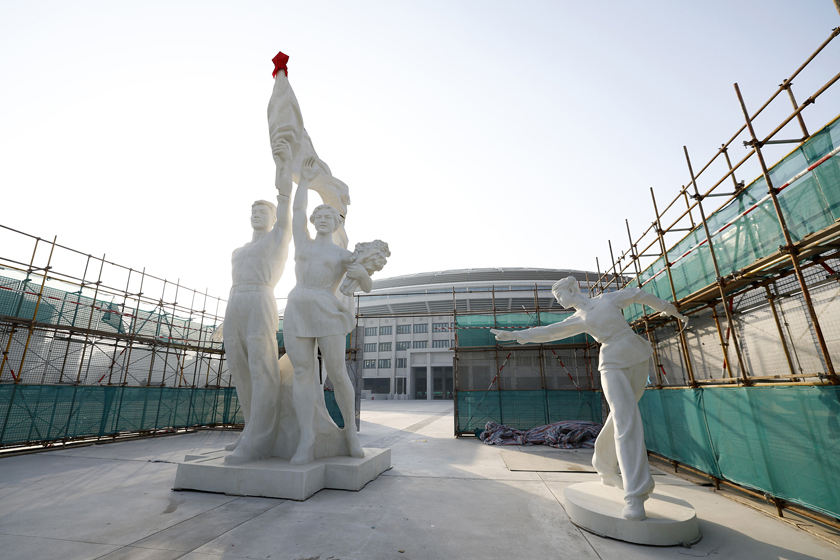 A statue of a male and female worker stands in front of the north gate. Photo: Fu Tian/ China News Service, VCG 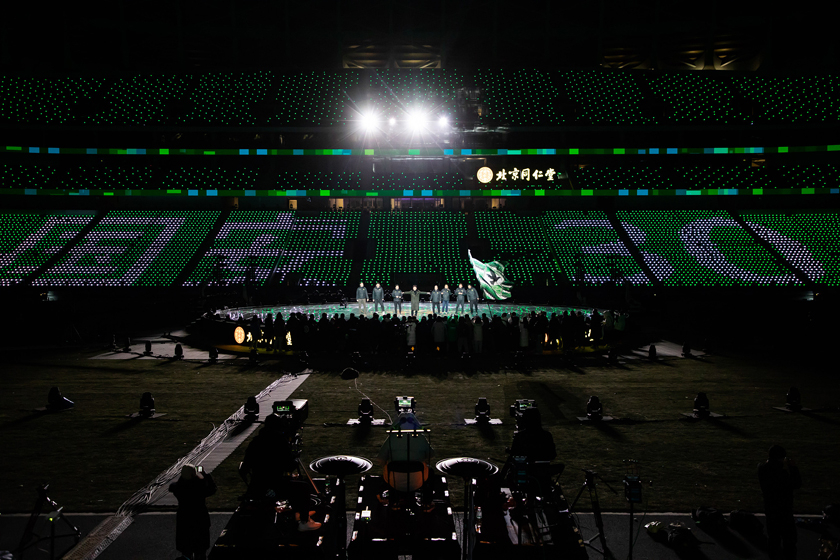 Veterans from the Beijing Guoan soccer team film a New Year’s Eve program on Dec. 22 at the stadium, their home ground. Photo: VCG 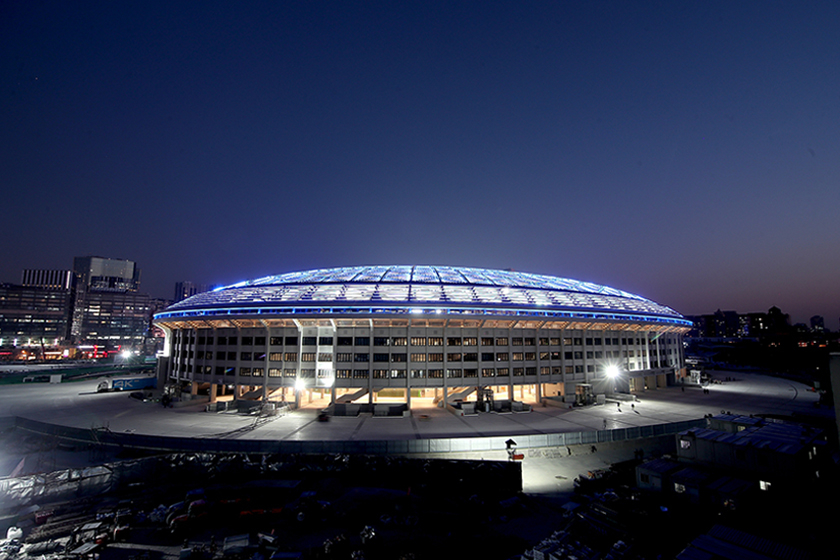 The stadium trialed the stadium lighting on Dec. 26. First built in 1956, the stadium has hosted a series of large-scale events, which includes the 2004 AFC Asian Cup and some events during the Beijing 2008 Summer Olympics. Photo: VCG