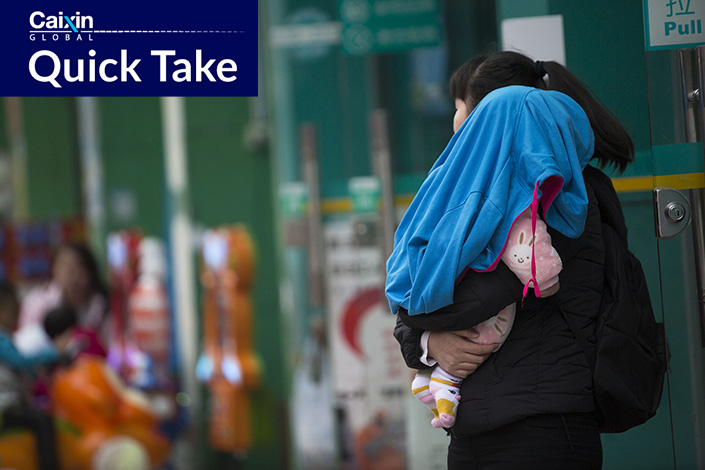 What’s new: Southern metropolis Shenzhen is planning to roll out newborn subsidies — which would be up to 37,500 yuan ($5,550) for a three-child family — in a move to boost the local fertility rate.

The proposed subsidies, currently soliciting public opinion, are among the latest attempts by China’s local authorities to boost low birthrates in the face of falling marriage rates and an aging population that is shrinking the country’s labor force. These demographic challenges could have a far-reaching impact on the economy and society.

Parents having their first child would receive a one-time childbearing subsidy of 3,000 yuan, and an annual childcare subsidy of 1,500 yuan until the baby turns three years old, the city’s health commission said in a draft plan dated Monday.

The one-time payment would increase to 5,000 yuan or 10,000 yuan for people having their second or third child, respectively. The parents would be paid a further 2,000 yuan or 3,000 yuan annually until the child is three years old.

Additional children would be subject to the subsidy standard for the third child.

Shenzhen’s population stood at 19.6 million as of 2021, according to official data, making it one of the most populous Chinese cities. But its birthrate fell for four years in a row from 2017, with the number of newborns slumping 25.3% from that year to 201,300 in 2021, the local health commission said.

The background: China rolled out a one-child policy in 1980, which was strictly enforced with various punishments for decades, before replacing it with a two-child limit in 2015. In May 2021, the country announced that it would allow families to have up to three children, further easing birth controls.

Since then, the central and local governments have launched a slew of new measures to encourage births, ranging from baby bonuses and extended maternity leave to tax cuts and homebuying subsidies.

In 2021, the number of births totaled 10.6 million in China, down 11.6% from 12 million in the previous year, according to the National Bureau of Statistics. The birthrate was 0.752%, the lowest since 1949, when the People’s Republic of China was founded.