By Cui Xiaotian and Denise Jia 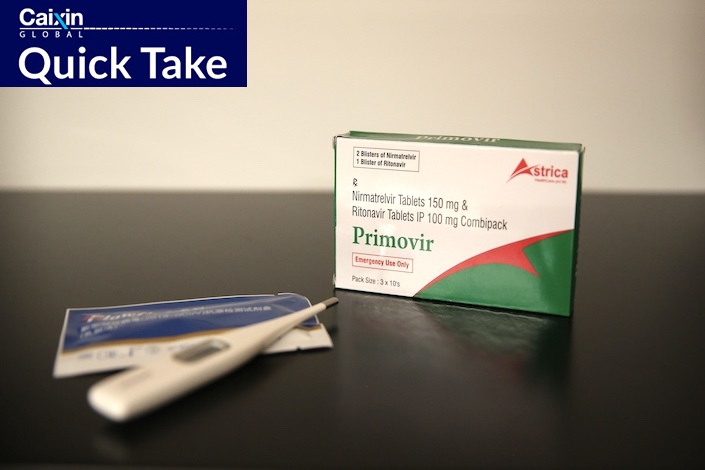 Some of the phony drugs did not contain valid ingredients or had illegally added other ingredients, China’s National Medical Products Administration said Monday in a statement. The cases are being handled by the public security department, the medicine regulator said.

China’s rapid unwinding of Covid restrictions triggered a wave of stockpiling of antiviral drugs including Paxlovid, but access to the treatment remains limited due to low domestic supply. This opened the door to a thriving black market for generic versions of Paxlovid from India.

Under the Medicines Patent Pool system, Pfizer allows 36 global generic manufacturers to produce low-cost copies of Paxlovid for 85 low- and middle-income countries. China is not among the countries.

Recent posts circulating on social media said fake versions of Primovir and Paxista, both generic versions of Paxlovid, are being sold on the black market in China.

Yin Ye, chief executive officer of Chinese genetic-research company BGI Group, offered to pay out of his own pocket for his company’s labs to conduct tests on the Indian generic antivirals found in China.

Among 249 samples tested so far, 92.4% were found to contain no nirmatrelvir, the main antiviral medicine in Paxlovid, Yin reported on social media. Most of the fake drugs are packaged as Primovir, he said.

A buyer of generic Paxlovid from India told Caixin that he submitted two samples for tests — both purchased from a distributor in Hong Kong — and one turn out to be fake.

The background: China approved Paxlovid for hospital use in February 2022. It is available to patients for 2,300–3,000 yuan ($343–$447) for a five-day course of 30 pills through designated Covid hospitals and some high-end private hospitals.