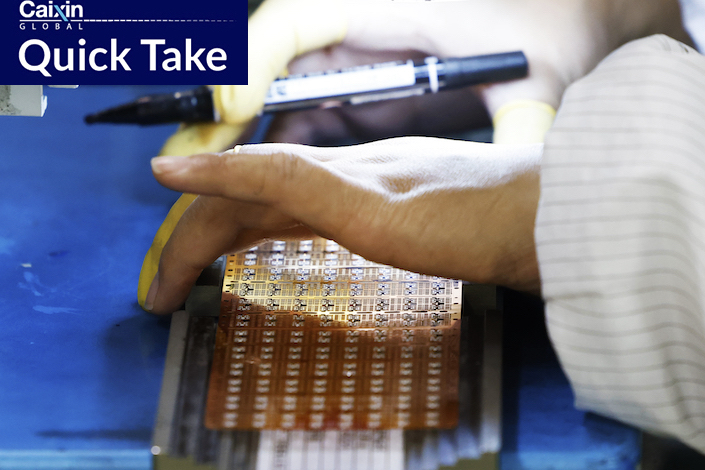 What’s new: The U.S. sought to slam the door on a potential back channel for getting banned advanced semiconductors and chipmaking equipment into China via Macao.

The Department of Commerce expanded its export controls to cover Macao Tuesday, the department’s Bureau of Industry and Security (BIS) said. The agency amended its technology export restrictions to remove an exclusion for the special administrative region.

The initial exclusion for Macao in the controls imposed Oct. 7 meant that companies based there could still import advanced chips and chipmaking equipment from the U.S., said Dai Menghao, compliance counsel at Hong Kong-based law firm King & Wood Mallesons.

Macao was regarded as a destination distinct from China and therefore not subject to China-specific licensing requirements, the BIS said in October. But the U.S. government encouraged exporters and re-importers to conduct due diligence and be aware of red flags when shipping to Macao.

The background: In its October restrictions, the BIS barred shipments of U.S. equipment to China for fabrication of logic chips using a 16-nanometer or more advanced process, NAND chips with 128 layers or more and DRAM chips above a certain threshold.

On Dec. 15, the BIS added 36 companies, including Chinese chip giants Yangtze Memory Technologies Co. and Shanghai Micro Electronics Equipment Group Co., to its so-called entity list, meaning that anyone seeking to supply them with U.S. technology would require a license from Washington, which most likely would be difficult to get.

The export curbs add pressure for China to develop a homegrown chipmaking industry. The country has poured tens of billions of dollars into its domestic capabilities, with mixed results. Chinese officials are readying a 1 trillion yuan ($144 billion) package to subsidize local chipmakers’ purchases from the nation’s equipment makers, Reuters reported.