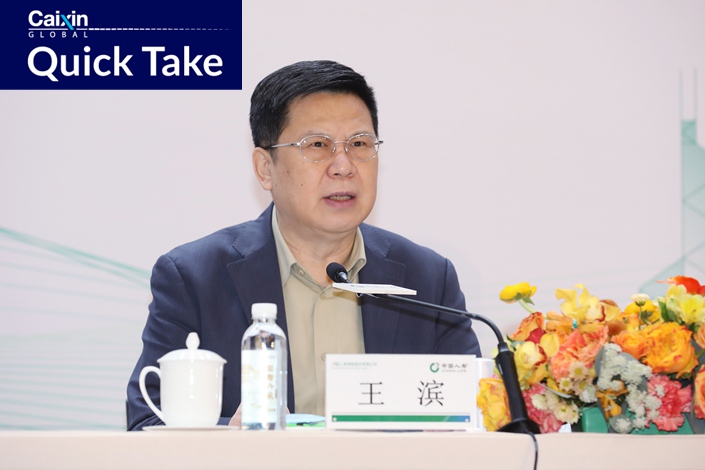 Wang was recently prosecuted in a court in Jinan, East China’s Shandong province, according to the announcement on the website of the Supreme People’s Procuratorate, China’s top prosecutor.

He faces charges including abusing his power to provide others with benefits in exchange for “extremely huge amounts” of bribes, as well as failing to report considerable amounts of offshore deposits, the announcement said.

Wang’s wrongdoing spanned a number of institutions he worked for, including policy lender the Agricultural Development Bank of China Ltd., as well as state-owned Bank of Communications Co. Ltd. (601328.SH), China Taiping Insurance Group Ltd. and China Life, according to the announcement.

The background: Before becoming chairman of China Life, one of the country’s largest insurers by premiums, in 2018, Wang had worked for multiple state-owned financial institutions since the early 1990s. He had also previously worked for the People’s Bank of China and the Heilongjiang provincial government in northeastern China, public records show.

Wang was placed under graft investigation in January 2022, and expelled from the Communist Party and dismissed from public office later that year.

The 64-year-old may have overseen a vast tangle of shady business dealings with a network of associates, of whom many have been convicted of corruption, Caixin previously reported.