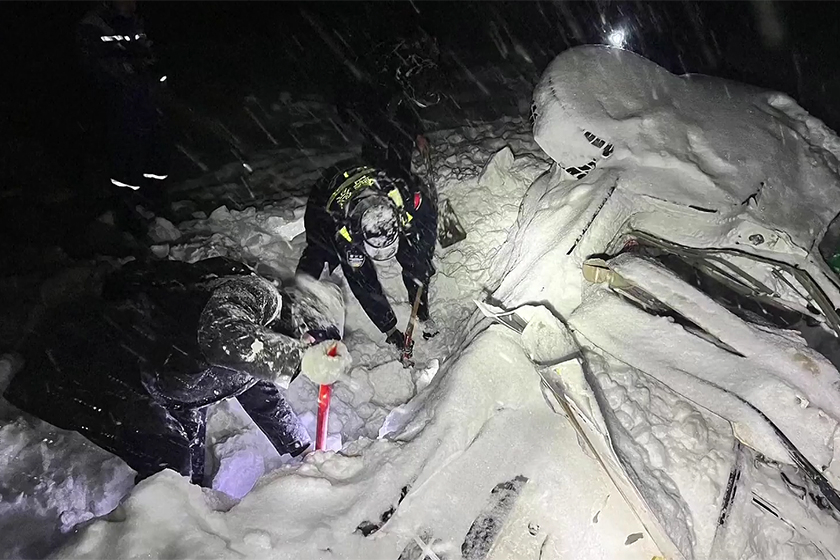 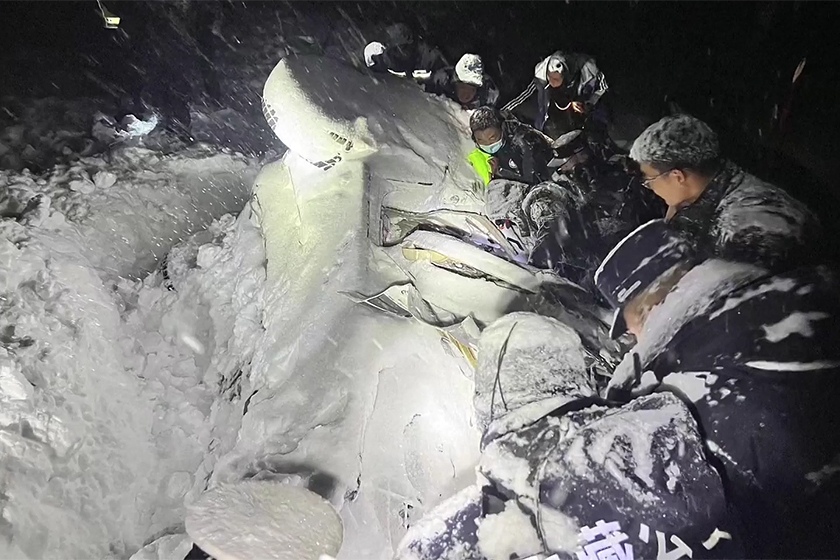 Rescuers try to turn over a flipped vehicle. The avalanche hit near the exit of a tunnel on the Paimo Highway in Nyingchi. Photo: VCG 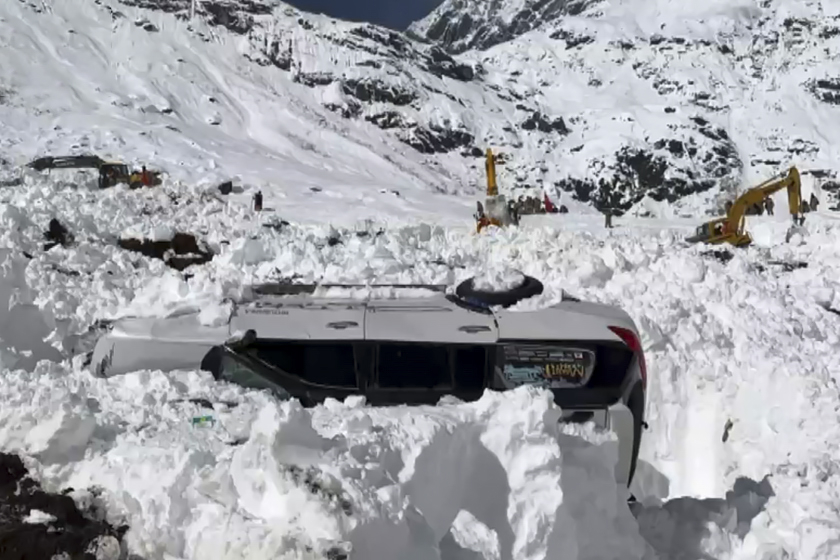 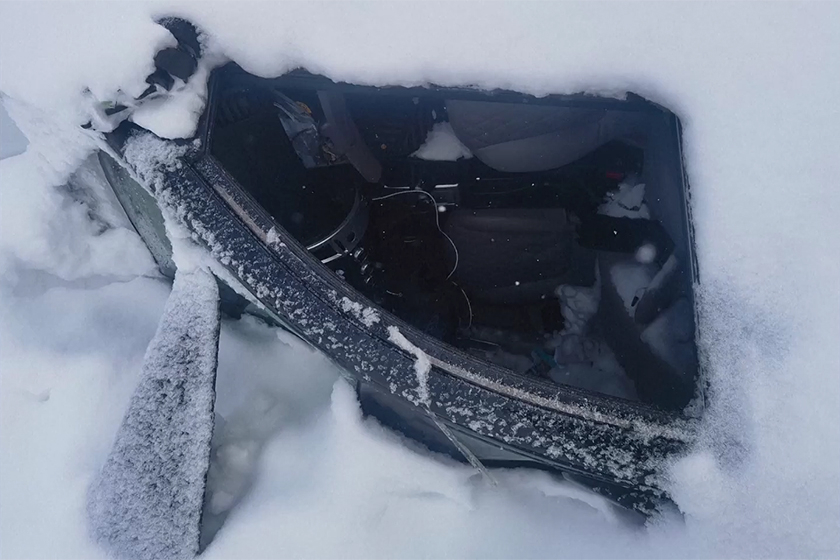 Snow covers a trapped vehicle at the scene on Wednesday. Photo: VCG 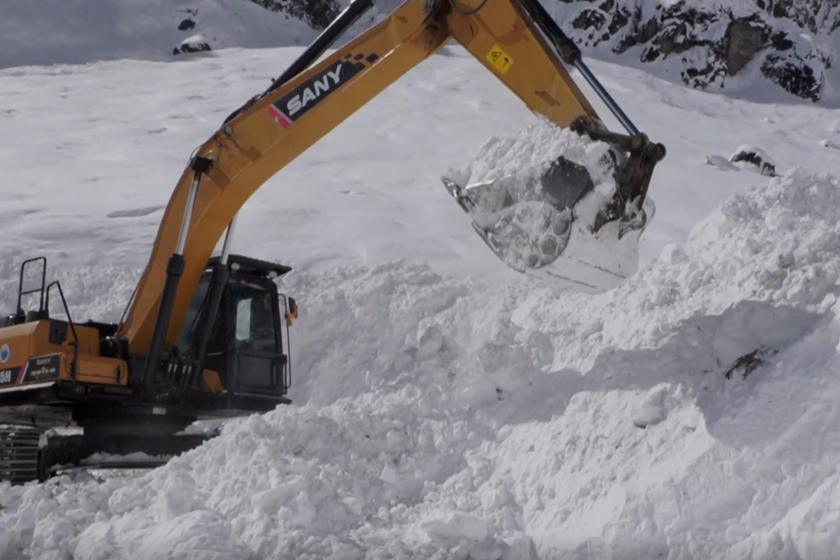 Rescuers use construction equipment to clear avalanche debris. The local government dispatched 278 vehicles to the scene to help with the rescue effort. Photo: Screenshot from CCTV 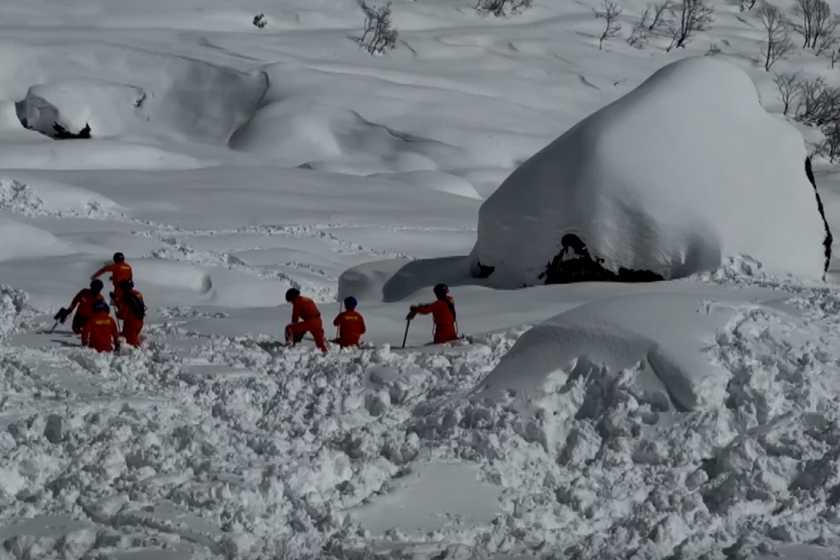 Rescuers work at the site. Photo: Screenshot from CCTV 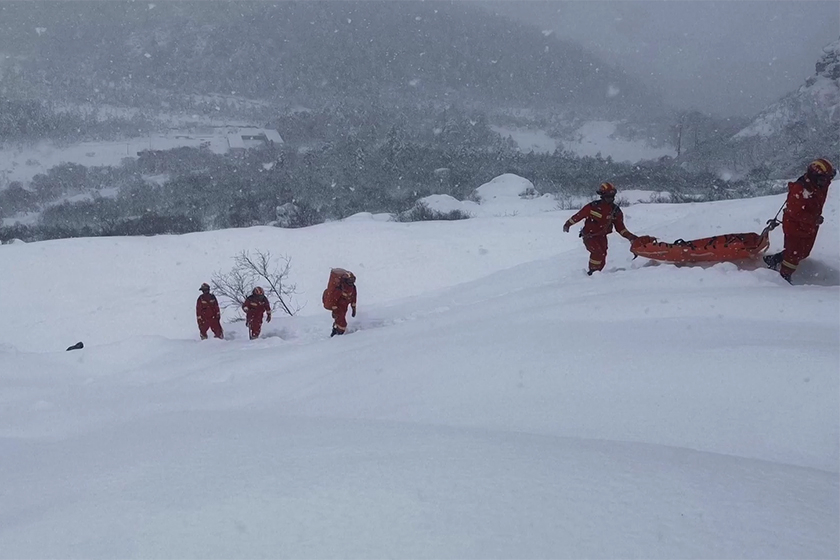 Rescuers walk through the avalanche site. Around 1,000 people had joined the rescue effort as of Thursday morning. Photo: VCG 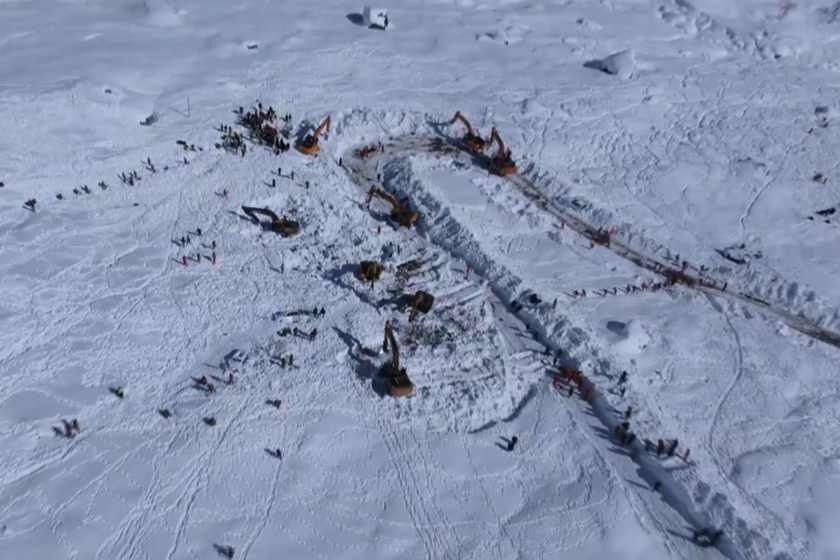 Crews work on clearing a blocked roadway Thursday. Eight people were still missing as of Friday. Photo: Screenshot from CCTV