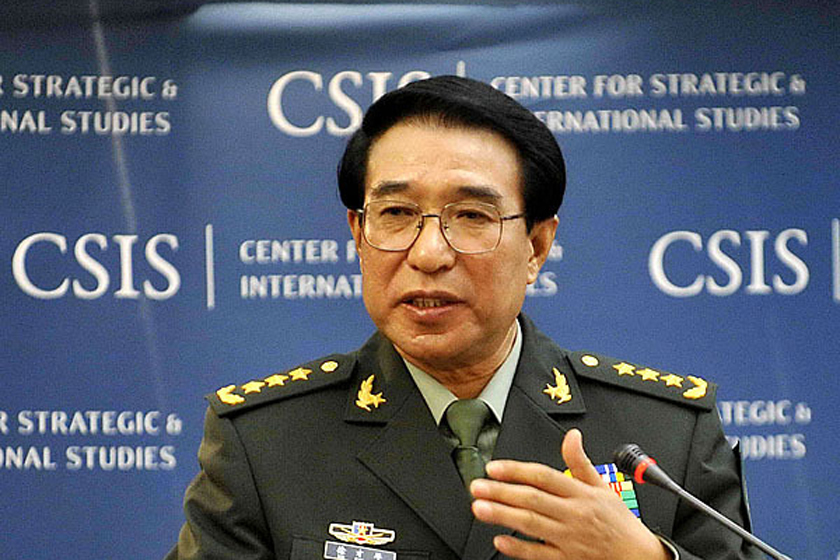 (Beijing) – Xu Caihou, a former vice chairman of the Central Military Commission (CMC), has been expelled from the Communist Party and faces criminal charges for graft, the official Xinhua News Agency reported on June 30.

Xu, a former general in the People's Liberation Army, retired in late 2012. The CMC is the party's highest authority on military affairs.

The decision to expel Xu was made at a meeting of the 25-member Politburo chaired by party general secretary Xi Jinping on June 30, Xinhua said. During the meeting, the party's anti-corruption watchdog, the Central Discipline Inspection Commission (CDIC), reported the results of its inquiry into Xu.

Xinhua said that an investigation into Xu started on March 15 and found that he used his position to help others get promoted, and that both he and his relatives took bribes.

Xu "seriously violated the party's discipline and is suspected of bribery," Xinhua said. "The case is serious and caused adverse effects."

The Politburo said the punishment of Xu reflected the party's determination to crack down on corruption, and it called for continuous efforts to be made improve the discipline of the party and military.

Xu is the highest ranking military official to be put under investigation for corruption in the past three decades.

Xu was born in June 1943 in the northeastern province of Liaoning. He was recruited by the Harbin Institute of Military Engineering and joined the army in 1963. Xu served in the Jilin and Shenyang military region in northeastern China in the 1970s and early 1980s.

Gu Junshan, deputy head of the PLA General Logistics Department who held the rank of lieutenant general, was removed from his position and investigated in 2012 for seeking to benefit from military real estate deals and building projects.