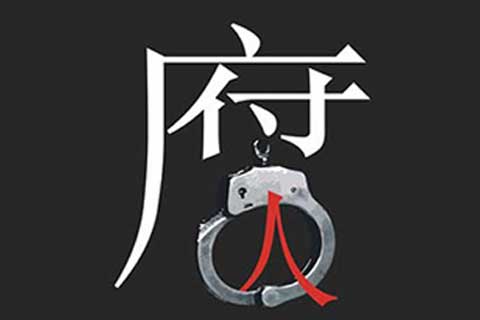 The graft fighter has been praised for cracking down on corruption regardless of rank, but critics worry that its achievement may not last without reforms to its structure and governance.

Li Chengyan, head of the Research Center for Clean Government Construction at Peking University, said the CDIC has already been trying out institutional changes to combat graft in a systemic way.

Catching dirty officials is only the beginning of a long-term campaign, he said, and the CDIC has been shifting its focus to solving the root cause of graft by implementing new institutional designs. This includes forming a dual-leadership structure that sees local inspectors no longer led by only their local party committee, but also needing to answer to higher-level authorities.

Li also linked the fight against corruption to reform, arguing that the leadership has taken a two-pronged approach: redefining the relationship between the government and the market while fighting graft to prevent further progress. "The two sides of the approach complement and reinforce each other and cannot be separated," he said.

Below is an excerpt of a recent interview Li gave Caixin, in which he analyzed the graft fighters' progress and examined some of the most important structural changes the CDIC has taken to revamp the way the party fights corruption.

Caixin: How do you evaluate the CDIC's work since the party's transition of power in November 2012?

Li Chengyan: The CDIC's anti-corruption strategy was set during its second full meeting in January of last year under the 18th Central Committee. At the meeting, the party's supreme leader, Xi Jinping, said anti-corruption efforts must fight both flies and tigers. It was essentially telling the graft fighters that they have the central government behind them no matter what happens.

The meeting also set the tone for the anti-corruption campaign, namely focusing on treating symptoms to buy time to solve the root cause. This enables graft fighters to make breakthroughs in key areas. The strategy faced tremendous pressure at the time. Many scholars expressed doubt and raised tough questions as to what might become of the country if the government did not tackle the root cause of corruption in time.

Governing a country is like fighting a battle. The first and foremost concern is destroying the enemy's effective strength and then straightening out the internal structure. This is a very important principle because it does not make any sense at a critical moment to say we need to treat symptoms and the root cause together while emphasizing prevention.

One year passed and the strategy proved effective. Then the party unveiled a plan to solve the root cause at the third full meeting of the 18th Central Committee in November. The problems underlying corruption can only be revealed after we have investigated corrupt officials.

What institutional innovation has the CDIC taken to fight corruption?

The CDIC has adjusted its internal structure, including reshuffling its personnel. It used to have eight inspector offices. The number rose to 10 and then to 12, reflecting a much greater force against corruption.

It has also taken five measures to solve the problems of local party committees having too much power.

The first one is establishing a dual-leadership structure inside the discipline inspection system. Local inspectors are no longer led by only the local party committee. They need to answer to higher-level commissions as well.

Also, the CDIC's personnel management has achieved a breakthrough in development. The secretary and deputy secretary of local discipline inspection commissions are now named by a higher-level commission, so they do not need to worry about losing their job by supervising party committee officials on their same level.

Moreover, the CDIC has made it clear that local discipline inspection commissions, while having to follow the leadership of the party committee on their same level in certain areas, answer directly to a higher-level commission when it comes to inspecting officials' performance.

The CDIC has also required that local discipline inspectors report their investigation results to a higher-level commission in addition to the party committee on their same level. This constitutes a strong restraint on the power of local party committees. The key to anti-corruption lies in responding to tip-offs. Local discipline inspectors have seldom caught any corrupt officials on their own because the party committee on their same level could reject tip-offs and kill investigations.

In addition, the CDIC has installed a mechanism to hold individual inspectors accountable for their work. They could face penalties if they fail to supervise and find corrupt government officials. The secretary of local party committees would also be investigated if his or her subordinates are probed for corruption. This mechanism gives local party committees strong incentive to help improve discipline inspection work.

Has the dual-leadership structure encountered any opposition?

Work to establish the structure is only beginning and has faced great resistance. Local party committees are unwilling to let go of their power.

The premier, Li Keqiang, has sent out inspection teams to supervise the implementation of reform measures passed at the third full meeting of the party's 18th Central Committee. They found that local governments have put up quite a lot of resistance to the measures, reflecting some deep-rooted causes. My field trips have also shown that the CDIC's reforms have not been implemented by many local authorities. Local party committees used to have all power to themselves without supervision. Now they are required to hand over supervision authority. They must be unhappy.

What factors might determine the future of the reform to the party's discipline inspection system?

More research and exploration is needed to determine the future of the reform. The Communist Party must remain the country's ruling party. Without challenging the bottom line, is it possible to decentralize power within the party? If so, what checks and balances should there be? Is it possible to effectively supervise and restrain the power of local party committees without overthrowing the old system of governance? These are challenging questions that will take a long time to answer.

To implement such a political reform in China is extremely difficult, especially when some high-level party officials oppose it. This boils down to the issue of whether or not to have democracy inside the party. Without a breakthrough on this point, other institutional reforms cannot achieve much progress.

Do you think the fight against graft will lead to a viable path toward a redistribution of power with checks and balances inside the party?

Comprehensively deepening reform cannot move forward without adequately cracking down on corruption. The new central leadership has taken a two-fisted approach, deepening reform of governance on one hand by redefining the relationship between the government and the market, and on the other hand fighting corruption to remove obstacles to further reform. The two sides of the approach complement and reinforce each other and cannot be separated.