Edvard and May-Britt Moser on Maps of the Mind 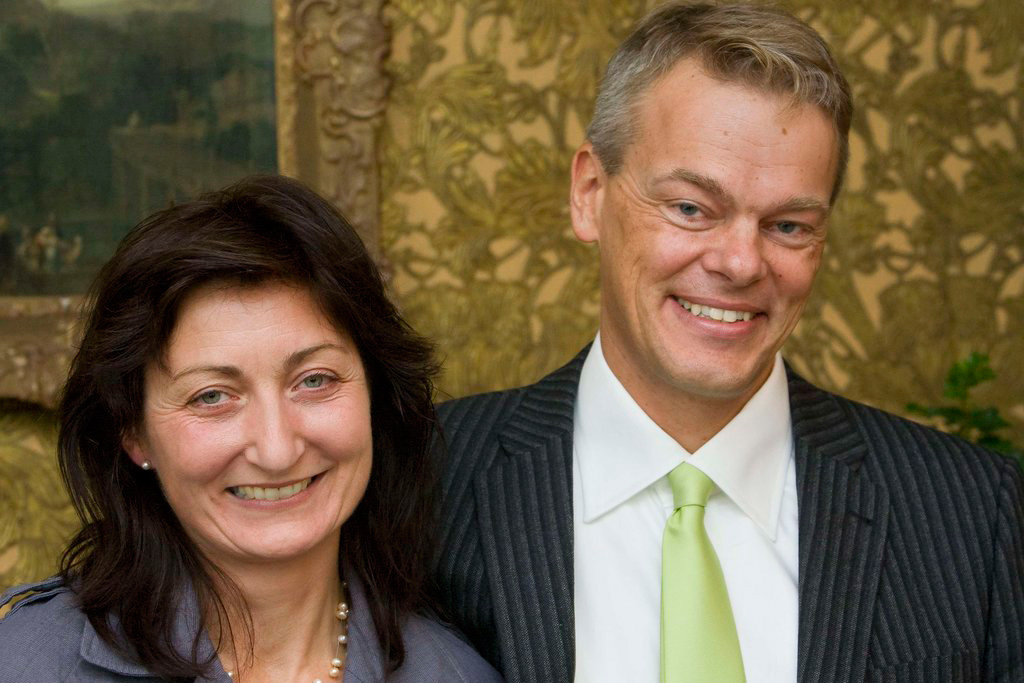 (Beijing) – Among this year's Nobel prize winners, Norwegian neuroscientists Edvard and May-Britt Moser have drawn broad interest for their work in brain science. Together with American-British scientist John O'Keefe, the husband-and-wife team won the prize in medicine for their research on "grid cells," brain cells that help mammals know where they are and how to navigate through the world.

They discovered the cells in 2005, owing partly to the inspiration of O'Keefe, who in the 1970s found a certain type of brain cell which can help explain how a coordinate system was generated.

These findings represented a dramatic development in the study of the brain, particularly because the research could help in the understanding of degenerative age-related brain diseases such as Alzheimer's.

In a recent interview with Caixin, Edvard and May-Britt Moser discussed their work and said they were driven by the desire to learn more about consciousness and intentionality.

"Knowledge by itself – to know more about ourselves and our brains and how our brain is working – is extremely important for human beings," May-Britt Moser said.

Below is a transcript of the interview.

Caixin: What would you say are the pros and cons of working together as a couple and do you have specific job divisions when you do research together?

May-Britt Moser: What I can say is: in order to do nice work together you have to respect the person you're working with. You need a really good colleague, a colleague that you can talk to a lot and whose thinking is quite similar to yourself. But still, if you are a bit different too from your colleague that helps a lot. Edvard is extremely good in mathematics and I'm very good with people. And then I do a little math, and he does a little people – but the job division is more like that. And we talk a lot with our team members. That's also an important part.

Edvard Moser: We have a very big lab with some 20 to 30 postdocs and Ph.D. students, so to do that and to be involved in every detail of what everyone is doing we need two people. And as May-Britt says, we are complementary, so working together is more than just the sum of the two of us.

Aside from benefiting research on Alzheimer's, how can the discovery of grid cells and its related research contribute to mankind?

May-Britt: Knowledge by itself – to know more about ourselves and our brains and how our brain is working – is extremely important for human beings. People ask: do you think that we can train ourselves to get special navigation skills, and so on? We can then address those things because we understand the system much better than before.

Edvard: What we're trying to do is try to understand how the brain works, and that will, in the long run, have benefits – both for all kinds of diseases that are related to the brain, and knowledge in psychiatry. Although Alzheimer's is the one that is closest in time probably, I think in the long run, just contributing to understanding the brain will have a huge impact. People have tried to calculate how many diseases that exist are related to the brain – it's at least one third – so the implications could be huge.

Do you think the mechanisms of the brain's positioning system have been studied thoroughly now, and how far are we from completely understanding the inner GPS of the brain?

Edvard: The more you discover, the more you find out what remains to be discovered too. So you dig and dig, and see more and more questions. So there's never an end. But I think what's nice about the grid cells, positioning and the navigation system, is that we get so much farther than we do with many systems because we can see how the different cells are working. It's very easy to measure, so I think that for a long, long time we can use this as a way to understand the general workings of the brain.

When they announced your prize, the subject of philosophy and the pursuit of philosophers were mentioned several times. What would you say is the philosophical significance of your study?

May-Britt: We have been working with some questions that could be relevant to Kant for example; what mental faculties are we born with? We started in newborn rats, and just after they opened their eyes, we checked whether they had place cells, direction cells, border cells, grid cells. We started to learn about the mechanisms that are important to make these grid cells, because we saw that they were not mature in the young pup. We also understood that interneurons, the breaks in the brain, are important in order to make the grid cells.

Edvard: Perhaps it tells that a lot about how much of our own thinking and the way we perceive the world is actually already specified by how our cells are connected to each other. So we may perhaps believe that a lot is the result of experience, and experience is important in shaping it all, but I also very often get surprised by how much is already present from the beginning.

Could you talk about your understandings of the brain, consciousness, and mental disease from a technological perspective and a philosophical perspective?

Edvard: To me, I continue to get surprised by how much is present from the beginning. How much is specified by the genes, and how much the structure of how the brain is wired up actually shapes how we, in our case, perceive space. But I think the same is probably the case for all kinds of mental functions. It is a product of the brain itself, and I find that very fascinating.

What's your impression of research by Chinese scientists?

May-Britt: We have been to China twice, and were met by lovely people and had a wonderful time. We have many Chinese in our lab, brilliant people.