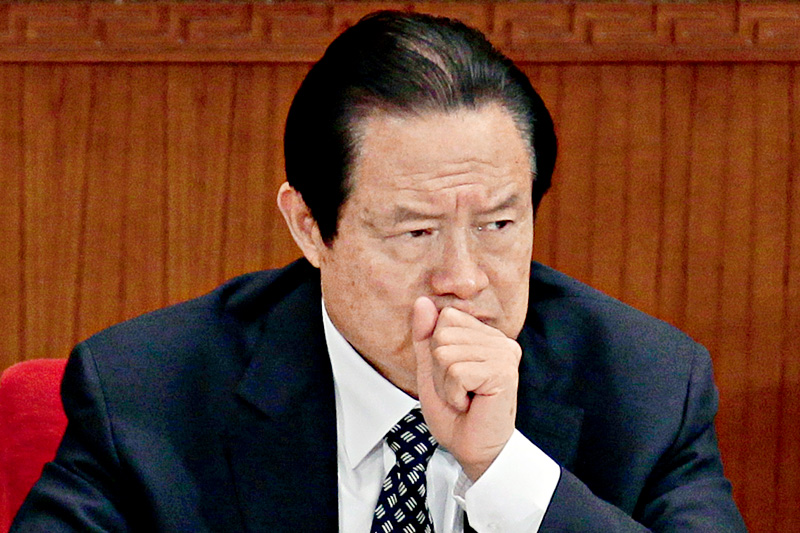 (Beijing) — Authorities have arrested Zhou Yongkang, who once presided over China's domestic security apparatus and held position in the party's top echelons of power, triggering a return of focus on the nexus of corruption investigations surrounding the highest-level official ever to be prosecuted for graft.

The Communist Party removed Zhou from his party positions and handed his case to judicial authorities, Xinhua News Agency reported on December 6. It said the Politburo Standing Committee made the decision on December 5 after reviewing an investigation report by the party's anti-graft watchdog, the Central Discipline Inspection Commission(CDIC).

An investigation on 72-year-old Zhou over alleged disciplinary violations was announced on July 29. The CDIC's charges against Zhou include abuse of power; the taking of bribes directly or through family members; helping relatives and other associates profit through business activities at the cost of state assets; committing adultery with a number of women and the leaking party and state secrets.

Zhou was a member of the Politburo Standing Committee from 2007 to 2012. He also headed the Central Politics and Law Committee, the party's top authority on domestic security matters.

Zhou was the minister of public security from 2002 to 2007. Before that, he was the party chief of the southwestern province of Sichuan for nearly four years.

Zhou started his career in the oil industry and headed China National Petroleum Corp. (CNPC) in the late 1990s. He also led the Ministry of Land and Resources when it was established in 1998.

An anti-corruption drive launched in late 2012 has targeted CNPC and Sichuan, and a large number of people linked to the oil major and the province have been sacked.

Zhou Bin, Zhou Yongkang's son and the former chairman of Beijing Zhongxu Yangguang Petroleum and Natural Gas Technology, has been embroiled in a corruption scandal since late last year.