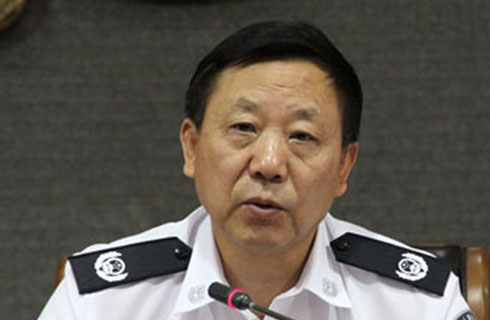 (Beijing) – Zhao Liping, the former police chief of the Inner Mongolia region who has been detained over murder allegations, is believed to be a key figure in a corruption case dating back five years.

Zhao, the 64-year-old retired chief of the Inner Mongolia Public Security Bureau and a deputy chairman on the region's Chinese People's Political Consultative Conference committee, was arrested on March 20 on charges he killed a 28-year-old woman.

Zhao was stopped in eastern Inner Mongolia after shooting the woman to death and dumping her body, sources close to the police said.

Sources in the Inner Mongolia police said that speculation started mounting two months ago that Zhao would be placed under investigation and had been banned from leaving the country.

The sources said Zhao is involved in a corruption case involving Du Wen, the former deputy director of the advisory office of the Inner Mongolia government's legal department. Du is accused of paying millions of yuan worth of bribes to officials in Shenzhen and Beijing in exchange for support in the regional government's land deals in 2008. In a court hearing last year, Du said that 1.3 million yuan of the bribes was related to Zhao.

According to court documents, in March 2008, the Inner Mongolia government bought a plot of land in Shenzhen that later became embroiled in a debt dispute. The regional government's financial department set aside 22 million yuan for the deal and let the legal department and Du handle the funds.

Du told the court that after gaining support from some Shenzhen officials, he and legal department director Wu Zhizhong took 2.1 million yuan from the land deal fund and sent it to them as "gifts."

But another dispute regarding the land arose in December 2009, and Du said he send another 4.12 million to officials in Beijing for "coordination."

Du argued that the decision to send the money was made by Ren Yaping, vice chairman of the Inner Mongolia Autonomous Region; Ulanbateer, deputy secretary-general of the regional government; and Wu "to thank Shenzhen officials for their 'special support' in the land dispute."

Wang Fu, Du's lawyer, also presented the court with a government document regarding the use of the first batch of 2.1 million yuan that was signed by top officials of the regional government.

The most controversial part of Du's case related to 1.3 million yuan that was part of the 4.12 million yuan sent to Beijing. Du refused to tell the court where the money went.

In October 2013, the Inner Mongolia court was asked to retry Du's case because some facts remained unclear and evidence in the first trial was lacking.

In December 2014, the intermediate court reopened the case and Du for the first time told the court that the 1.3 million yuan was transferred to Zhao Liping, then regional public security department chief, so he could bribe officials in the Ministry of Public Security in Beijing.

Du's lawyer, Wang, said that in March 2010, Zhao told Du of officials in the security ministry who were reluctant to receive cash directly. One official Zhao made contact with said that he wanted an antique worth 1.3 million yuan. "You give the money and I will buy it for him," Zhao said.

Du told Wang he then met Zhao in the latter's car and put a bag of cash in it.

But Du said he is not sure whether Zhao used the money for the gift to the ministry official.

Du's wife, Wang Weihua, said in March 2010 that Du frequently made phone calls with Zhao Liping and Ulanbateer at home.

Wang Weihua said after being detained in May 2010 and the following court hearings, Du had asked several times to have Zhao and Ulanbateer testify in court but was rejected.

Wang Weihua said police officers met with Du asking him not to mention Zhao and other leaders and take responsibility for the 1.3 million yuan.

Du also told prosecutors and the court he had an audio recording saved in is computer of his conversation with Zhao and Ulanbateer on the money. But when the case reopened last December, the files were gone.

Du's wife said "the files were saved in two computers and one of them can only be accessed with Du's finger print. We believe it was modified by professionals."

Wang Fu, the lawyer, said some of the files have been recovered, including a conversation between Zhao and Ulanbateer on the plan of sending money to MPS officials.

Du's wife said Du decided not to disclose the details at the beginning because "at that time, Ulanbateer, Zhao Liping and Wu Zhizhong were all in top positions. Zhao and Wu were very powerful in the public security and court systems."

Ulanbateer, 66, retired in April 2010. Wu was detained in October 2012 and sentenced to life in prison in December 2013 for bribery and embezzlement.

"Because Zhao is detained, if it is proved that he send the money out, he will in suspicion of bribery. But it he didn't, it will be even more complicated. No matter what, Zhao is a key witness in Du's case," said lawyer Wang Fu.