Notion that Stock Market Can Boost Economy Is Misguided 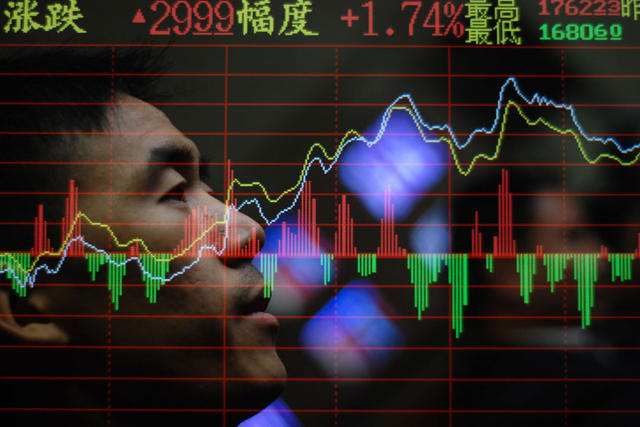 China's stock market is on a roll, giving rise to a view that it could help revive the slowing economy. The two have an interesting relationship, and there are advantages and disadvantage to using the market to boost growth. Yet, in the current circumstances, the stock market will be hard pressed to perform that role.

The Shanghai Composite Index has doubled since the second half of 2014, and turnover keeps surging. However, the economy faces growing downward pressures. GDP growth in the first quarter slowed to a six-year low of 7 percent; the stock market has been faring too well, compared with economic performance. Some say the bull run shows investor confidence in reforms because they are putting their money in stocks. Last year, we said the stock market should be a "reform-created bull," but that doesn't mean it will be. Given the reform challenges, it is hard to buy into the view that the charge has been due to rising expectations of reform.

No one will disagree the bull in the market is a "cash cow." Margin trading and short selling have exceeded 1.7 trillion yuan, stock collateral loans amount to 700 billion yuan, and capital raised through trust companies' private equity funds has reached some 500 billion yuan. It is impossible to estimate how much has been raised from the public. If the bull run is a result of fund flows, rather than market fundamentals, the going will be choppy. That won't help the economy.

Those who believe otherwise say the market can help lower financing costs, create wealth and boost consumption. Indeed, a rising stock market benefits companies seeking expansion, as long as it is a healthy market. In one full of "irrational bubbles," businesses will only take money. Worse, many will focus on speculation and become less productive. The so-called wealth effect is a mirage. Since the bull run began, consumption has been falling, not rising.

The economy faces many challenges, including overcapacity, high local debt, slow fiscal revenue growth, and looming risks in the real estate and financial sectors. A rising stock market can create an illusion of prosperity, but cannot solve such thorny problems.

Given the seesaw effect between stocks and debt in the country's capital market, a rising stock market could push up bond yields. This would, in turn, raise the cost of replacing and issuing local debt.

Some commentators say a bull market could help small and medium-sized enterprises raise funds and cut financing costs. But this would be an insignificant amount, given the limited size of the primary market. Instead, huge funds circulating in the secondary market would reduce liquidity. This would be detrimental to those seeking to innovate or set up business. Increases in risk-free interest rates will restrict the central bank's monetary policy and pose dangers for the plan to open up the capital account. In the current macroeconomic situation, the harm wrought by a bull market amid reform expectations would outweigh the benefits of boosting investor confidence.

China needs a healthy capital market that can perform multiple functions, such as helping companies raise funds and improve corporate governance. But the core purpose is to improve the efficiency of resource allocation in the economy. This means the market needs radical reforms.

These must include governance reforms such as decentralization and simplification of powers; financial reforms such as the liberalization of interest rates, yuan internationalization and the opening up of the capital account; and financial and tax reforms. However, market reforms themselves are most vital, especially those for the IPO registration and regulatory systems. For the market to function well, the stock issuing and delisting system needs to be improved. This is a stern test for regulators. If investor structure, culture, market discipline and regulatory standards can be improved, China can develop a mature market in time.

History has shown that any attempt to control the stock market can be futile and dangerous. Blind approval of the current rally will only create a mad bull and only worsen deep-rooted conflicts. Regulators should remind investors of the risks rather than trying to rein in the market. The number of stock trading accounts in the first quarter surged by 433 per cent to more than 7.95 million, and most are held by novice investors. More importantly, the massive funds in the market have yet to be put to a stress test. A sudden correction could lead to chaos. Regulators should closely monitor the risks and crack down on illegal activities such as insider trading, information disclosure fraud and market manipulation.

Any hopes that the stock market can boost the economy fail to understand the relationship between the two. Only unwavering reforms can produce a healthy stock market that will help the real economy.