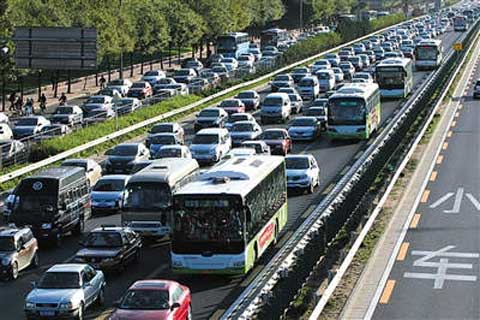 (Beijing) – The capital's government plans to move the bulk of its agencies from busy downtown areas to a less developed part of eastern Beijing in a bid to ease pollution and traffic problems, an urban planner says.

Huang Yan, director of the Beijing Municipal Commission of Urban Planning, told state media on July 14 that the move would also encourage people to move to the Tongzhou District from the more crowded Dongcheng, Xicheng and Chaoyang districts.

Huang did not say exactly how many city government departments would be relocated, but did say most would get new homes.

This is the first time the authorities have confirmed a move is in the works, but developers, property agencies and the public have speculated about it for months.

Officials said at a July 11 meeting of the capital's Communist Party committee – the ruling party's top decision-making body for Beijing –that the move should be mostly completed by the end of 2017, state media reported.

The move is part of government efforts to rein in population growth in the capital to tackle traffic and air pollution problems. Beijing's party secretary, Guo Jinlong, said at the meeting that the government wants the population of six urban districts to fall by 15 percent by 2020.

In February, the party's general secretary, Xi Jinping, told Beijing's government that it should get rid of some functions that do not befit its status as capital of the country and strive for better integration with neighboring regions.

This prompted the capital to start working on plans for integration with Hebei Province and Tianjin. Officials have also pushed factories and wholesale markets out of the city in recent months.