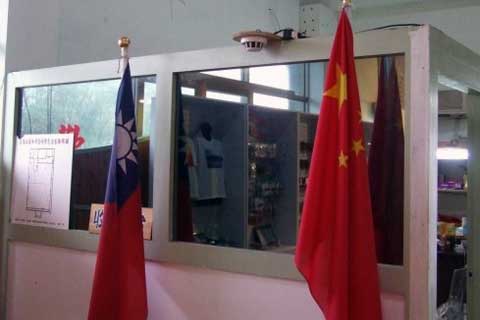 If history is written by the victors, China should be is in a good position to mold the account of winning over Japan in World War II. But the Civil War in the following years muddies the narrative because the Nationalists, who led the fighting against the Japanese, became the defeated at the hands of the Communists and fled to Taiwan in 1949. The Communists now claim to control the past as well as the future. A military parade in Beijing to mark the 70th anniversary of the victory on September 3 has become a crude play of memory politics.

After lying dormant for seven decades, war memories are recalled to highlight the fact that China emerged from WWII as one of the "Big Four" powers setting the post-war order. The leadership in Beijing wants to reclaim the legacy, even though it was Chiang Kai-shek, the foe of the Communists, who sat at the table with U.S. president Franklin D. Roosevelt and British prime minister Winston Churchill at the Cairo Conference. A grandiose display of military prowess in a parade holds little appeal to the people of Taiwan. It is but a chilly reminder that the Civil War has not ended and the People's Republic has not renounced the use of force against the island.

A pillar of legitimacy of the People's Republic rests on the foundation that the Communist Party led the Chinese people in defeating the Japanese invaders. In the past few years, Beijing allowed limited acknowledgement that the Nationalist-led troops were at the forefront in the eight-year War of Resistance (1937-1945). But films, books, exhibits and conferences leading up to the September parade continue with the old propaganda glorifying the Communist Party as the decisive force in winning the war.

This People's Republic's version of the war is bitterly contested by the Nationalists in Taiwan. Hau Pei-tsun, the 95-year-old former premier of the Nationalist government and a WWII veteran, decries the distortions in his book "Returning to the Anti-Japanese Battlefields." He also demonstrates how the Nationalist held out against all odds in major campaigns and battles to claim final victory.

Hau's attempt to set the record straight is treated warily in Taiwan. The government on the island commemorated the war victory in a series of low-key ceremonies, with special tribute to the Flying Tigers for their legendary flights over the Himalayas to supply Chinese troops. Many Taiwanese are not interested in delving into this chapter of history. In fact, some have ambiguous emotions looking back at the Japanese defeat. The 1945 Allied bombing of Taipei killed over 30,000 people; more than 80,000 Taiwanese fought for Japanese causes and one-third of them never returned home. The trauma continued after the Nationalist government retreated to Taiwan and brutally suppressed dissent. Taipei Mayor Ko Wen-je, for example, refuses to attend any of the commemorative events. Jockeying for position in the 2016 presidential election, the contending parties must manage cross-strait relations gingerly as polls indicate that identification with mainland is at all time low.

The reckoning of the war history calls not only for honesty and facing the facts squarely, but also requires empathy so the people of Taiwan can look at the fighting from their perspective. By putting the past at the beck and call of a self-serving present, Beijing misses an opportunity to take the first step of building common ground of shared history with the people of Taiwan.