The Future of SOE Reform May Lie in the Past 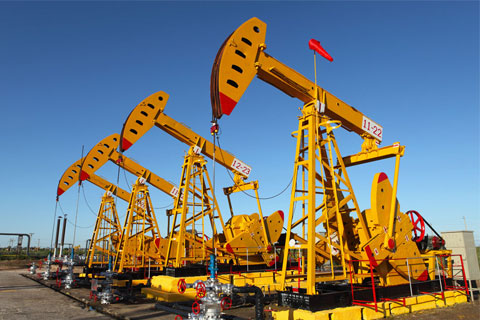 Previous reforms of state-owned enterprises (SOEs) helped them reduce their losses and increase profits. Some central government-controlled SOEs are now listed among top 500 companies in the world because of their huge profits.

Now, some people are arguing that these firms no longer need to reform, but instead should just get bigger and stronger. However, SOEs need change as urgently as they did in the 1990s. They are profitable, but face many problems. Any failures will not only hurt the economy, but all of society.

In the 1970s, China's leaders realized that economic development had fallen behind that of developed countries and even some emerging countries, spurring them to launch reform and opening up. Back then, SOEs were forced to compete with a growing number of smaller enterprises and foreign companies that were allowed to enter coastal areas, such as Guangdong and Fujian. The market played an important role in leading step-by-step reform of SOEs, from pricing and operations to ownership structures.

In the 1990s, a lot of SOEs were suffering huge losses domestically. The government achieved breakthroughs in 1997 in negotiations with the World Trade Organization, joining the international market at the cost of lower tariffs.

Now the question becomes: What should we do with SOEs to help them to face fierce competition abroad?

Shao Ning, a former deputy director of the State-owned Assets Supervision and Administration Commission, wrote in a recent book that past reforms saw the government put SOEs in groups according to their conditions. Shao said that around 1 million small SOEs were sold to individuals and private companies, or run by individuals through contracts. Some were allowed to go bankrupt.

Around 5,000 medium-sized SOEs were restructured into joint-stock companies by bringing in private investors. The government turned some large SOEs into world-class companies through mergers and acquisitions. Many became more profitable after these measures, but reform is not over. We must do more.

Provided with this type of support, any company could make a profit. If the government put these resources on the market, many private companies would bid to use them. SOEs should be made to pay a fee for this support, money that could come from their profits.

The government has barred entry to some sectors of the economy so SOEs can benefit. These companies then provide high-priced products and services, a situation that does not benefit the entire economy. Instead, it increases costs for other companies and consumers. Government leaders should see that companies operating in closed sectors lower their prices for their products and services.

Also, SOEs have not handed over most of their profits to the state, but instead kept the money for themselves. This does not benefit the people, who are the owner of the assets. Now the government is demanding that some SOEs transfer a portion of their profits to the social security network. In essence, this move is just repaying an unpaid debt because employees of SOEs have not been contributing to their pension funds, which are now short of money. Moreover, SOEs' assets come from people across the country, including farmers, who have never gained anything from the firms. This arrangement should be changed.

Recent corruption cases involving executives at China National Petroleum Corp. and senior officials, such as Zhou Yongkang, who once sat on the Communist Party's top decision-making body, and Ling Jihua, a former top political adviser, show that SOEs have become a cash cow for certain people. A lack of supervision over these companies is proving fatal, causing great losses to the people of the country.

How do we proceed with the reform of SOEs? For starters, we should take a look at Shao's recommendations and start classifying SOEs into groups to identify their problems.

Zhou Qiren is the president of Peking University National Development Research Institute. This is a translated excerpt of an article published on Caixin's Chinese website