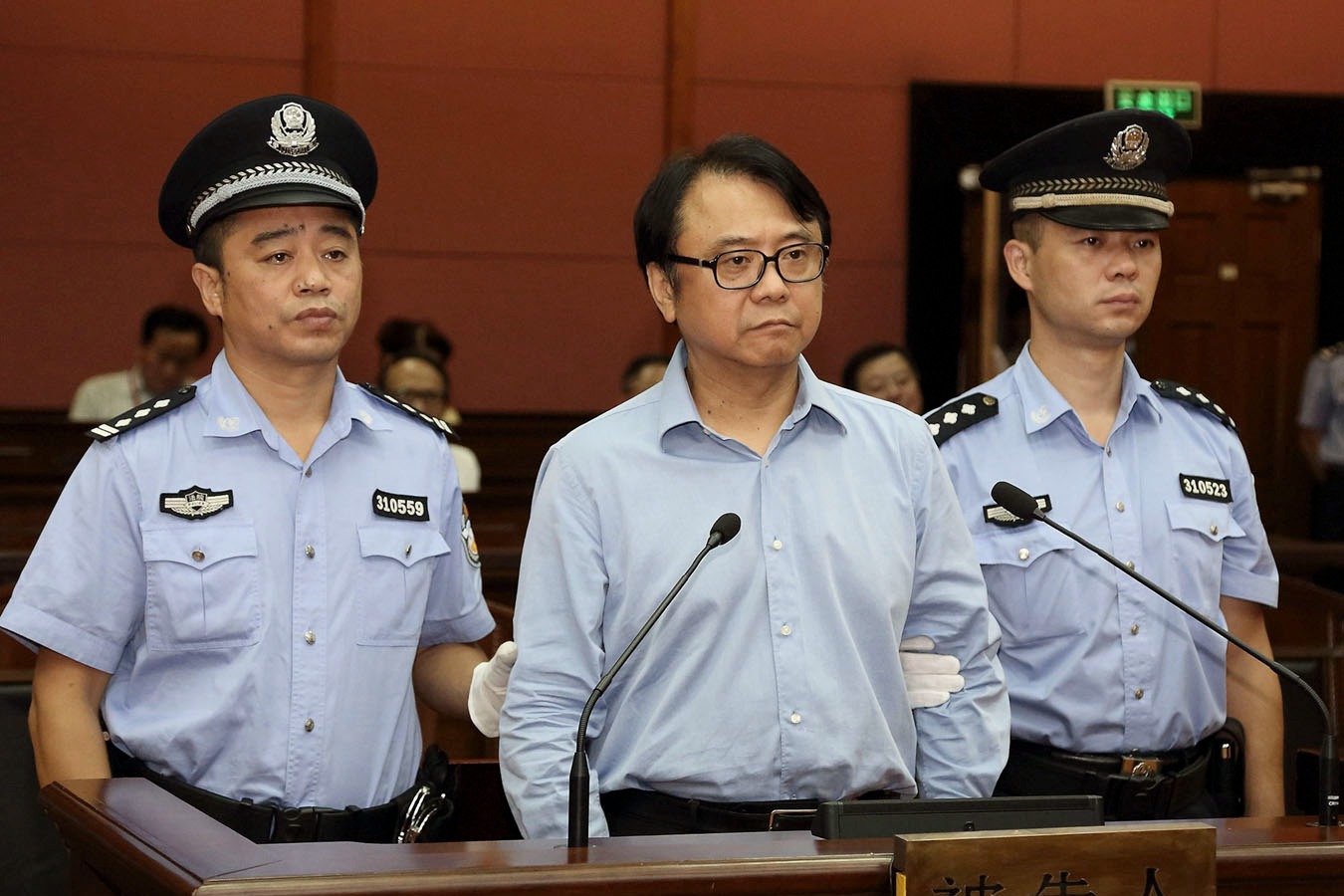 (Beijing) – A court in Shanghai has sentenced a well-known businessman who once headed a number of major state-owned enterprises in the city to 18 years in prison on charges of misappropriating funds and taking bribes.

Wang Zongnan, 60, misused 195 million yuan of Shanghai Lianhua Supermarket Holdings Co.'s money while he was chairman from 2001 to 2006 so he could help two other companies run real estate businesses, the Shanghai No. 2 Intermediate People's Court said August 11.

Starting in 1995, Wang was general manager of Shanghai Friendship Group, a department store chain, and in 1996 he became president of the supermarket chain Shanghai Bailian Group. He headed the food giant Bright Food (Group) Co. Ltd. from August 2006 until retiring in July 2013.

Wang used his position at Friendship Group to help the conglomerate Fosun Group, headed by Guo Guangchang, to gain benefits after the two companies set up a joint venture in 2000, the court said. The court did not explain how he helped the firm.

The court also said that in 2003 Wang told Guo that his parents wanted to buy two villas from Guo's company, and the latter agreed. Wang's parents bought the villas for a total of 2.08 million yuan, 2.69 million yuan lower than the market value at the time.

The villas were later sold for a total of 14.8 million yuan.

The court said Wang would have some 13.22 million yuan confiscated.

Fosun said in a statement on August 11 that it did not seek any improper benefits from its cooperation with Shanghai Friendship Group and Wang did not help it.

The conglomerate, whose businesses also include real estate, also said the villas were sold at a price offered by the developer amid a depressed market.