Law Change Would Mean No Early Release for Graft Convicts 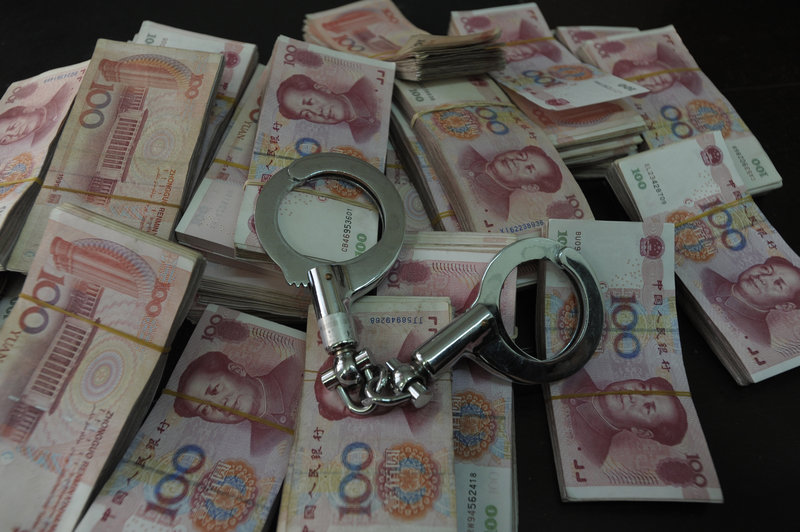 (Beijing) – People convicted of corruption or bribery charges and who receive suspended death sentences will no longer be eligible for parole under a proposed legal amendment.

The draft amendment was recently submitted to the National People's Congress Standing Committee – the body that runs the legislature between its full annual meetings – for a third round of deliberation.

The proposed legislation, which appeared in October, aims to cut the number of crimes for which the death penalty is handed out.

Huang Jingping, a law professor of Renmin University, said the proposal to prevent graft convicts from having their sentences commuted or getting parole is meant as an alternative to giving them death sentences in the first place. It will also deter officials from engaging in dirty activities, he said.

The Communist Party mounted a major drive against corruption in late 2012 when its general secretary, Xi Jinping, came to power. Many officials, such as Gu Junshan, have received death sentences suspended for two years, which in theory means they will spend the rest of their live in jail.

However, convicted officials have been able to arrange to have their sentences trimmed, receive parole or be freed on the grounds their health is poor. Last year, the top prosecutor's office told lower-level prosecutors to stop convicts from getting these early releases, and some 800, including 82 former officials, were sent back to jail after it was found they used bribes or other illegal means to get out early.

Sun Guoxiang, a law professor at Nanjing University, said the most recent proposal will stop convicts from getting out of prison early.

Other academics and legal professionals argue that non-violent criminals are different from violent criminals and should not be kept in prison for their whole lives. The country might not have enough facilities to keep them detained, they also argue.

Gao Mingxuan, a law professor at Beijing Normal University, said that white collar convicts who have spent two or three decades in prison would be very unlikely to commit crimes again.

China executes the most number of people of any country in the world every year, but its legal system has been working to change this. The Supreme People's Court, the country's top court, resumed reviewing and approving all death sentences in 2007, and the number of times capital punishment has been used has fallen each year since then.