Coal Miner in Northeast Plans to Slash Workforce by 100,000 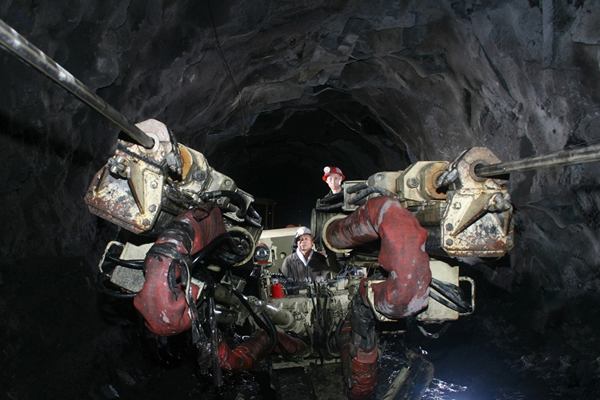 (Beijing) – The largest state-owned coal mining company in China's northeastern region will cut its workforce by 100,000 over three months to reduce costs and improve efficiency, its chairman said on September 21.

Wang Zhikui, chairman of Heilongjiang Longmay Mining Holding Group Co. Ltd., said the firm, which now has around 240,000 employees, will make the labor cuts through layoffs, early retirements and arranging other employment.

Longmay will also sell its non-coal businesses and work to collect debts it is owed by other firms in a bid to resolve its shortage of cash, Wang said.

Longmay was formed by merging four mines in 2004. It enjoyed great success in its first six years, but then it started suffering big losses in 2012.

The price of the company's coal rose from 600 yuan per ton in 2005 to 2,000 yuan three years later as the entire industry picked up, an analyst who declined to let his name be used said. Its monthly sales volume reached 1 billion yuan in 2008, and miners were making around 10,000 yuan per month.

Then the price of coal started to fall in 2012, the analyst said, it is now lower than 600 yuan per ton. Longmay's troubles involve high labor costs and low efficiency, he said.

Zhou Jianping, an official at the National Development and Reform Commission, the country's top economic planner, said Longmay workers were producing around 250 tons each, but the national average was around 500 tons.

Cheaper coal from the northern region of Inner Mongolia took over the market in the northeast in recent years, the analyst said.

Heilongjiang's governor, Lu Hao, said the government has arranged for power plants in the province to sign agreements with Longmay to buy 12 million tons of coal this year, their biggest purchase from the company since 2009.

A Longmay executive said it has suffered a shortage of money in recent years, and one reason was that it lost several billion yuan in three failed attempts to hold initial public offerings from 2005 to 2011.

Those IPO failures coincided with a blast in 2005 at one of Longmay's mines that killed 171 workers and an explosion in 2009 at another colliery that left 108 miners dead, he said.