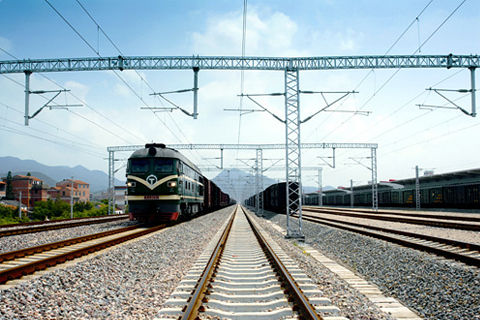 The annual figure included both government and private investments, an official from the CRC said. He said the firm would announce the breakdown before Spring Festival, the holiday also known as Chinese New Year, which begins on February 8.

This is the fourth straight annual increase in rail investment and the second biggest in history, ranking after the record 840 billion yuan in 2010, official data show.

Next year's investment plan had not been finalized, but it would be more than 820 billion yuan, the CRC official said. He said the budget for infrastructure investment for the five-year plan for 2016 to 2020 could surpass 4 trillion yuan. That plan is still being formulated.

The old Ministry of Railways, which handed its commercial operations to the CRC in 2013 when it was broken up, published only total investment data.

In May last year, the CRC started calculating government investments separately from private ones, the official said, but its announcements often do not specify whether investments came from the government or the private sector.

The growth of rail investments slowed significantly over the first nine months of the year. In the first quarter, the government invested 20.9 percent more in infrastructure than the same period of the previous year, data from the CRC show. The growth rates for the second and third quarters were 13.2 and 0.7 percent.

The National Audit Office has censured the CRC twice for failing to stick to its investment schedule. It released a report in July that said the firm had moved too slowly to build a train tunnel in the northwestern province of Gansu, and it was 463 million yuan behind on payments to related building companies.

In a December report the auditor said the CRC had fallen behind schedule on 12 projects in 2015. Two of them had not started, and another five had received less than 5 percent of their planned investment, the report said.

Lower demand for cargo transport was the main culprit for the decline in income, the CRC said. It transported 2.5 billion tons of goods in the first 11 months of the year, down 11.6 percent from the same period of 2014.