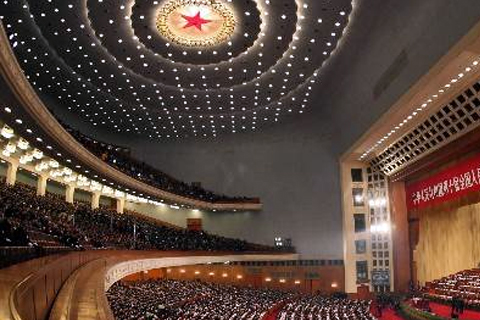 (Beijing) – Twenty-five people who were members of China's top legislature last year will not be attending the annual meeting this year because they have been kicked out for graft or are under investigation.

Nearly 3,000 members of the National People's Congress (NPC) will meet in the capital on March 5 for a full, annual meeting. The agenda, as usual, includes deliberating over a report the government writes on its work over the past year and studying a plan for economic and social development from 2016 to 2020.

NPC members have five-year terms, but some who attended last year's meeting won't be at the coming one. The committee that runs the legislature between its full meetings said in reports over the past year that six members were ousted because they were the subject of corruption probes and 19 other resigned because they had come under suspicion.

The 25 held posts in a range of fields, from government to state-owned enterprises and the military. For example, Qiu He, the deputy party boss of the southwestern province of Yunnan, and Xu Jianyi, chairman of state-owned First Automobile Works Group Corp. (FAW), were arrested just after last year's legislative meeting amid corruption probes. Both were later charged with taking bribes.

Another figure who lost his NPC seat is Su Shulin, the former governor of the eastern province of Fujian. He became the subject of a graft probe in October and was fired a month later. That investigation is reportedly linked to his time as general manager and party secretary of China Petroleum & Chemical Corp. (Sinopec) from 2007 to 2011.

Party boss Xi Jinping pledged to fight corruption and promote austerity among officials when the NPC formally elected him president of the country during a full meeting in 2013.

He said at the close of that meeting: "We must resolutely reject formalism, bureaucratism, hedonism and extravagance, and resolutely fight against corruption and other misconduct in all manifestations."

This meeting of the NPC coincides, as usual, with a full gathering of the Chinese People's Political Consultative Conference – a body that advises the government on a range of topics, from entertainment to foreign affairs – that starts on March 3. Many Chinese people refer to the two meetings as "lianghui."

The government has not announced closing dates for the lianghui. They two bodies usually meet for about 10 days.