By staff reporters An Limin and Bao Zhiming 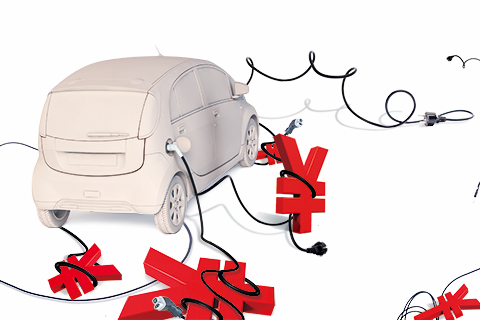 Central government investigators have been fanning out across the country to determine whether auto companies and local governments abused the subsidy programs, which since 2009 have doled out hundreds of billions of yuan in subsidies to companies that build electric cars and other alternative-energy vehicles.

Companies such as the nation's eighth-largest electric minibus maker by production, Suzhou GMC Bus, are among scores of industry players getting close scrutiny. Officials working for the provinces of Hebei, Jilin and elsewhere are also under the microscope for their implementation of subsidy policies.

Investigators initially went to work in late January, issuing a notice announcing the launch of an inspection into how the subsidy schemes were implemented. The probe was jointly organized by the Ministry of Industry and Information Technology, the Ministry of Finance, the Ministry of Science and Technology, and the National Development and Reform Commission.

The finance ministry said the inspection would target 90 automakers in 25 provinces and cities that got new energy car production subsidies between 2013 and 2015. Inspectors were to look at parts purchases, production schedules and sales data in order to determine whether funds were misappropriated.

The State Council later sent its own inspection teams to 15 provinces and cities in March. Their job was to see whether authorities used subsidy support to manipulate the market for new energy vehicles.

Critics of the subsidy campaign say local government officials distributed cash in ways that benefited hometown companies at the expense of their competitors. Meanwhile, many firms allegedly took advantage of loopholes in the program that helped them draw cash from the funding well.

The country has been subsidizing new energy vehicle production since 2009, with the goal of putting more than 1,000 units on roads in 10 cities in three years. The program was later expanded and by the end of last year more than 1,000 electric cars were running in 90 cities.

Spurred by the campaign, manufacturers built 379,000 electric and hybrid vehicles in 2015, four times more than the previous year.

Several high-profile scholars, including Yang Yusheng, a new energy vehicle expert at the Chinese Academy of Engineering, have criticized the campaign. Yang wrote a letter to the State Council, the country's cabinet, in August to blast the subsidy program for what he said was its inability to encourage healthy development of the e-car industry.

Some companies that build electric cars found a loophole that let them tap the subsidy program twice by selling vehicles to their own rental subsidiaries. These carmakers double-dipped by accepting subsidies designed to support manufacturers that sell cars and separately accepting subsidies reserved for buyers, including rental companies.

Through another loophole, said an auto company source who asked not to be named, "new energy car companies set up subsidiaries in different cities to get access to subsidies" from more than one local government.

And some companies gamed the system by receiving government funds earmarked for new energy vehicle manufacturers, even though they in fact contracted out the manufacturing to smaller companies.

The government policy indeed boosted the new-energy vehicle industry, although in the eyes of some critics that meant Beijing went too far to influence the market.

Ouyang Minggao, a member of the Chinese People's Political Consultative Conference who is also a new energy vehicle expert, told Caixin that subsidies have "distorted" the market for alternative energy vehicles such as electric minibuses.

"Annual electric minibus sales around the world total 20,000 units," said Ouyang. But Chinese manufacturers "can reach that in one month" because the "current new-energy vehicle development has been motivated by policy."

In some ways, the subsidy program's success in spurring manufacturing exceeded policymaker expectations, said a person close to the government who asked not to be named. Some of these surprises involved innovations that perhaps never would have been developed without policy support.

Kandi Technologies, a major manufacturer of electric minicars, apparently rode the subsidy train by launching a rental service in Hangzhou called Zuozhongyou in partnership with another private automaker, Geely Automobile Holding Co. The service lets customers rent a Kandi minicars for as little as one hour or up to one year.

Kandi has received 600 million yuan in central government subsidies and 200 million yuan from the government of the eastern city of Hangzhou since 2013, Kandi Chairman Hu Xiaoming said. In addition, the Hangzhou government also paid as much as 1,000 yuan every month for each electric vehicle Zuozhongyou leased out.

Hu justified these subsidies by saying that his company and Geely have jointly invested 2 billion yuan to get the rental business off the ground in the hopes of working out a new business model to support long-term growth of e-car industry.

Now, Hu said, his company "is under attack" from those who claim they "cheated to get subsidies."

Zuozhongyou bought nearly three-quarters of the estimated 40,000 cars that Kandi sold from 2013 to last year. About 16,000 of Kandi's cars were rolling down Hangzhou roads at the end of last year, the company said.

Investigators are also looking at the dozens electric carmakers around the country that apparently copied the Kandi's rental-services business model as a way to get subsidies.

The probe is also looking at bus makers such as GMC in the city of Suzhou, in eastern Jiangsu Province, people in the industry said. GMC, which is not affiliated with General Motors Corp., was launched in 2013 and declared eligible for new energy vehicle subsidies last year.

GMC raised eyebrows over its factory's fluctuating output. The government said the firm built only 25 electric buses in the first six months of 2015 but more than 3,650 units in the second half of the year, including 2,905 in December.

A GMC factory worker told a reporter who visited the plant in February that the company rushed bus production in December to take advantage of subsidies available only until the end of the year.

From 2013 to last year, vehicle makers could receive between 300,000 and 600,000 yuan in total subsidies from central and local governments for every 100 percent electric-powered buses produced. The policy changed on January 1, when subsidies were cut to between 60,000 and 250,000 yuan, depending on a vehicle's engine size and other factors, at least through 2020.

The government adjusted the subsidies to reflect a vehicle's value based on technical inputs, said Chen Qingtai, a former deputy director of the Development Research Center, a think tank under the State Council. Under the old system, subsidy levels varied according to vehicle size, which made the program "easy to abuse," he said.

The GMC factory worker said the company's assembly line outran parts suppliers, which left a number of buses only partially built, some without seats. Caixin found GMC's factory parking lot filled with new buses, many of which were waiting for seats and buyers, while the assembly line had slowed to a crawl, with only a handful of workers on site.

GMC was not the only electric vehicle maker to see production surge in December. The government said 90,100 electric-powered commercial vehicles, mainly minibuses, were produced nationwide from January to November. But some 57,800 rolled off assembly lines in December alone.

Alternative-energy vehicle makers have also scored subsidies by adding no more than the finishing touches to vehicles basically built by their contractors, according to a GMC employee who asked not to be named. Investigators, including Suzhou government officials, are looking into whether this practice violated government rules.

The GMC source said his company makes only one minibus model, but bills itself as a company making five models. And another source said the company's assembly line actually built fewer than 900 vehicles last year.

Changzhou Ruiyue Auto Parts Co., in Jiangsu Province, is a GMC supplier that does most of the work on its electric buses. It also has contracts with Nanjing Golden Dragon Bus Co. and Dongfeng Yangste Automobile Co., a Ruiyue source said. But Caixin found that Ruiyue is not licensed to produce finished vehicles.

"Outsourcing production of completed vehicles is clearly forbidden," said one auto industry expert. "But in electric car production, it is a gray area for some companies to buy unfinished vehicles without electric systems.

"It's impossible for regulators to confirm every" step of a production process, the expert said.

Yet it's a practice that some in the industry defend as perfectly acceptable.

Chen Feng, chief executive at an electric car parts supply and rental company called Zhejiang Skio Matrix, said that while it is true the manufacture-rental business model was designed to tap the subsidy program, it is unfair to label it fraud.

The government makes the rules, Chen said, and "it's up to you how to play" without breaking them. In addition to supporting the new-energy vehicle industry, Chen said the subsidy program was aimed at building market and investor confidence because "the industry needs more support" in terms of capital.

Now that the government has gotten suspicious of the industry's use of subsidies, and investigators from several central government agencies are hunting for evidence of wrongdoing, industry players are nervously pulling back.

"We feel the whole industry has stalled," Chen said.