Threading the Needle of China's Economy 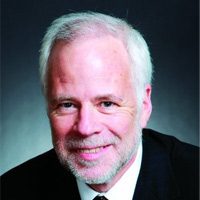 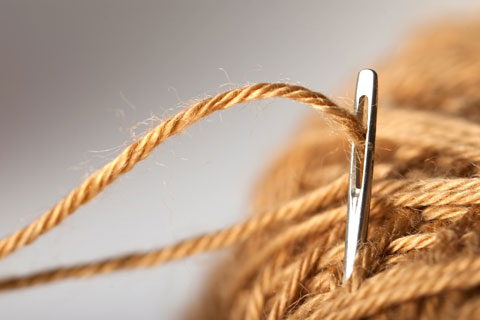 At the beginning of the year, investors worldwide were in a panic over the Chinese economy. Cast your mind back to January, when U.S. and European markets were convulsing daily in response to the latest news or rumor out of China. Five to 10 percent daily moves in the Shanghai Composite Index were common. Dollars were hemorrhaging out of the government's coffers at a rate of more than US$ 100 billion a month, exciting fears of capital flight and reserve exhaustion. More than a few so-called experts ominously warned that China's economy was crashing.

Since then the authorities appear to have regained control of economic and financial developments and also of the policy narrative. The volatility of the SCI has fallen. Foreign markets are reacting less violently to the news emanating from China. Reserve losses fell to a more tolerable US$ 29 billion in February, the latest data release at the time of writing.

Meanwhile PBOC Governor Zhou Xiaochuan and other officials have launched a charm offensive, holding press conferences and giving interviews about the economy and its finances. They have made clear that there will be no mega devaluation of the currency and that forthcoming policy changes will be gradual and incremental, not radical and discontinuous.

So is the worst over for the moment? And is China back on a sound and sustainable economic course? The answer to the first question is clearly yes. But the answer to the second is quite possibly no.

The worst is over because officials are doing a better job of communicating their intentions to the markets. Communication in this context means two things. First, telegraphing important policy changes in advance so as not to catch investors wrong-footed. Second, more fully explaining the rationale for those policies so that observers better understand the authorities' broader strategy. In the absence of adequate information about the authorities' intentions, markets are driven by rumor. So officials' publicity offensive has had a stabilizing effect insofar as it has caused markets to react to fact rather than figment.

In addition, the authorities have tightened their control of capital outflows. They have imposed a 20 percent reserve requirement on financial institutions trading foreign exchange forwards, and ordered banks and financial institutions to monitor the practice of over invoicing imports. They have frozen outbound investment quotas. They have cracked down on individuals using other people's 50,000 yuan quotas for foreign transactions. This has prevented panic from feeding capital flight and in turn feeding additional panic. The result is at least to buy time to solidify the economic situation.

The question is whether the authorities will, given this opportunity, succeed in solidifying the situation and putting the economy on a sound and sustainable trajectory. Recent data are not reassuring. Employment surveys, exports, business conditions, GDP, corporate earnings and industrial production all point to a further economic slowdown. Even retail sales, until recently a bright spot, are now weakening significantly. The only positive indicators are those related to housing, in first-tier cities in particular. And a frothy housing market, as Americans know, is at best a mixed blessing. It is not the most sustainable basis for economic growth.

But this need not be a counsel of despair. Some modest further slowing of economic activity might even strengthen the resilience of the economy. Now that productivity growth and therefore wage growth have slowed from their earlier high-single digit rates, it would not be healthy for retail spending to keep rising by more than 10 percent annually, as was the case until recently. Now that employment is shifting from industry to services, it is no longer healthy to insist that industrial production should continue to grow as rapidly as the economy as a whole.

The only problem is that this gradual slowdown may not be consistent with the government's stated goal of 6.5 percent GDP growth. What is healthy for the economy may not be healthy for officials' ability to deliver on their promise, in other words. The question is what should change: the health of the economy or nature of those promises?

Beyond that, there is the problem of corporate debt. Here the authorities need to thread the needle. If they increase liquidity too rapidly, that debt will continue to accumulate and become unsustainable. But if they curtail liquidity provision and corporate borrowing too rapidly, investment and corporate earnings will decline too fast for comfort, again creating problems of sustainability for enterprises with heavy debts. The trick will be to slow the rates of growth of liquidity, GDP and debt not too quickly but also not too slowly.

The Chinese authorities have been able to thread this needle before. We're about to find out whether they can do so again.