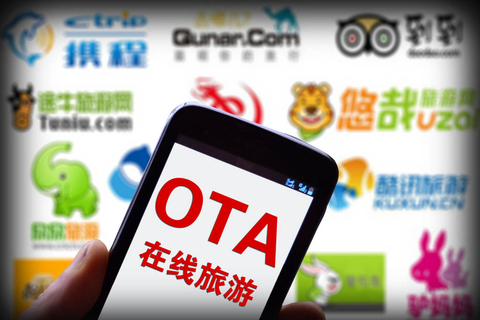 (Beijing) – Travel operators selling flight tickets on the Internet have run into trouble with airlines after complaints from passengers led to the unraveling of several scams in recent months.

A series of articles posted by travel writer Li Miao on the popular messaging app WeChat in January about his travel mishap went viral and has put the country's largest online travel agency, Ctrip.com International Ltd., on the spot. Li said he booked two flight tickets for a trip from Beijing to Tokyo in December on Ctrip.com, but airline staff could not find his booking record when he tried to check in.

Li's tickets were invalid because agents may have given him fake ticket numbers without completing the booking, an expert said. Some agents scout for cheaper tickets, especially for last minute deals, and then make an actual booking, the expert said, and Li may have had a problem because the agent didn't resend a valid ticket number.

Li says he is avoiding online travel websites until they weed out unscrupulous agents. "I am staying away from all online travel services now," Li told Caixin, "and I buy most of my tickets directly from airlines' websites."

In another incident, traveler Fu Jingnan took to Weibo, China's version of Twitter, to complain about another trick used by an online ticketing agent. Fu said he was denied a boarding pass by Japan Airlines at Haneda airport in Tokyo because a travel operator on Ctrip.com had bought the ticket at a discount by redeeming frequent flier miles from another passenger flouting airline rules.

Many airlines limit travelers to using their own miles or those of relatives, a source said.

Ctrip pinned the blame on third-party agents operating on its platform for the problems and offered a refund and compensation to Fu and Li.

After these two incidents made waves on social media, the China Consumer Association, a semi-governmental organization that monitors consumer rights issues, said in January it would probe complaints linked to the sale of flight tickets and the redemption of frequent flier miles lodged against major online travel websites such as Ctrip, Qunar, Tuniu and Alitrip.

Travelers have encountered problems with two out of every 10,000 flight tickets sold on Ctrip.com, data from the company showed. This includes tickets sold directly by Ctrip and third-party agents.

While news of the scams has driven passengers away, online travel firms are also feeling the heat from airline companies. The four top domestic carriers in terms of passengers per year stopped selling tickets on Qunar.com, the second largest online travel agency in the country, in January because the number of consumer complaints on unexplained extra charges and problems with refunds had risen in recent months.

China Southern Airlines, one of the carriers that pulled out, said on March 23 that it would adopt stricter rules when cutting deals with ticketing agents.

Many analysts are expecting a reshuffle in the industry. The number of agents will dwindle as small players will merge or are nabbed by more established outfits, said Wei Changren, chief executive of tourism news portal ctcnn.com, and airlines will be increase oversight on ticket agents.

Many small operators will be forced out of the market, others said, while the percentage of tickets sold directly by airlines will increase. Big online travel agents, however, would continue to dominate the flight ticket business.

From 2005 to 2015, the country's air travel market has tripled in size, and 400 million trips were made by plane last year, according to the National Statistics Bureau. Online travel agents have grabbed the largest piece of this growing pie. Three-quarters of the tickets sold in 2015, worth 447 billion yuan, were handled online, data released by tourism industry information provider E-travel Center in February show.

Ctrip had 26 percent of the market and Qunar was in second place, just shy of having one-quarter, figures from E-travel Center showed. Only 11 percent of the tickets were purchased via the official websites of airlines in 2015.

Thousands of third-party travel agents sell flight tickets on both platforms. As competition increases profit margins are squeezed, and the number of irregularities and customer complaints has gone up, said Liu Zhaohui, founder of online travel service provider Tripvivid.

"Agents are gaming the price systems of airlines and hurting their core interests," said Liu.

Redeeming frequent flier miles from passengers to get discounted or even free tickets for others has become a common practice among agents, several online travel industry sources said. Some agents would buy children's tickets at a discount for adults or try to abuse preferential prices given to senior citizens, they said.

Some agents also pump up the price of tickets by adding extra charges without any explanation, the sources said.

Travelers who run into trouble are complaining directly to airline companies because it is difficult to track down some online travel agents, said one airline source, adding that "it is really a headache for us."

Qunar plans to launch a probe into all third-party agents doing business on its platform, said Qiu Hui, head of the company's flight ticket division, and will punish 91 sellers who have already been identified for violating rules set by Qunar and airlines companies.

Civil aviation authorities have been pushing airlines to sell more tickets directly to customers in recent years, a source from Shenzhen Airlines said. A central government inspection team in 2014 warned airlines against relying too heavily on travel agents, said Wei from ctcnn.com, because unscrupulous dealers have tried to flout airline rules in the past.

In early 2015, the State-owned Assets Supervision and Administration Commission, the agency that oversees public assets, told Air China, China Eastern Airlines and China Southern Airlines, the top three domestic carriers, to increase direct sales to cover half of the total tickets sold by 2018, while slashing commissions paid to ticket agents to almost half of the amount paid in 2014.

Since June 2014, the three airlines have gradually cut commissions paid to agents, said Liu Simin, deputy chairman of the travel industry committee at the government-backed think tank Chinese Society for Futures Studies. But airlines on average only manage to sell one in five tickets, while agents sell the rest, he said.

Developing their direct sales channels has proven to be too expensive for most airlines, experts, including Wei, said. It requires a large amount of investment, he said. Airlines need to recruit thousands of staff members, buy equipment and open offices across the country if they are to replace the network of middlemen, he said.

Some airlines have signaled their ambition to expand into online travel services and compete with companies like Ctrip, a travel company executive said.

China Eastern Airlines says it plans to increase its online membership to 50 million in 2016, while Hainan Airline says it invested US$ 500 million in December to become the largest shareholder of travel website Tuniu.com.

There are more than 10,000 large licensed travel agents and numerous smaller ones, the travel company executive said. The big players buy tickets in bulk from airlines and sell them to smaller agents. The companies then share commission fees and other payments from airlines looking to push sales, the source said.

As airline companies slash commissions, profits of smaller agents are eroding. "The industry is facing a rshuffle and many smaller agents will be forced out of the game," said the executive.

Giants like Ctrip and Qunar are not immune to shocks from to this shift. For instance, "as airlines start to scrutinize agents more closely and improve their direct sales channels the price differences on tickets offered by these two channels will narrow," said Wei, and "Qunar's price comparison services will not be so attractive to consumers."

He expected online travel agencies such as Qunar and Ctrip to switch their business focus from selling plane tickets to other services linked to the travel and tourism industry.

Frictions with airline companies will affect Qunar's ticket booking service in the short run, Qunar CEO Zhu Xiaolu said, and the company is negotiating fresh deals with some carriers.

Online travel agents are also rushing to enter the airline business. Qiu from Qunar told Caixin that the company has invested in a new Shenzhen-based carrier and will partner with it to sell tickets.

In December, travel service provider LY.com said it has submitted an application to the civil aviation authority to set up its own airline.

Liu from Tripvivid said it is a natural expansion strategy for online travel firms to merge with or buy stakes in aviation companies. This would affect the way airlines, online travel websites and third-party ticketing agents share profits, he said.