Did a Chinese Insurer Cross the Investor Line? 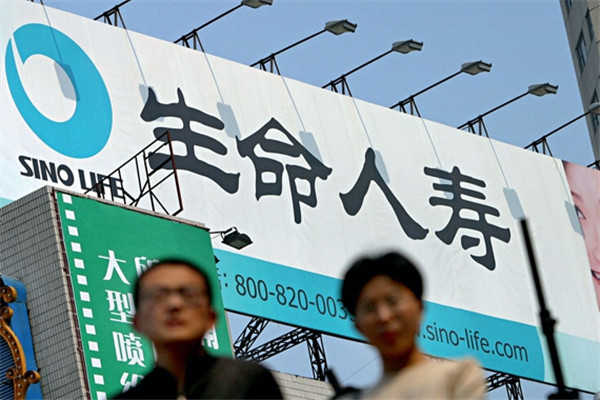 But the recent detention of company founder and businessman Zhang Jun has raised doubts about the Shenzhen-based firm's business practices and growth trajectory.

Funde alone has a lot to lose. Since Zhang bought the former Sino Life Insurance Co. Ltd. in 2006 and later renamed it Funde, the company's reported assets have surged more than 40-fold to 400 billion yuan in 2015. Zhang directly or indirectly controls more than 90 percent of Funde, according to company documents.

Funde reported premiums from its estimated 8 million policyholders more than doubled between 2014 and last year to 160 billion yuan, ranking the company behind only state-owned China Life Insurance Co. and Ping An Life Insurance Co. in industry rankings.

An apparent secret of Funde's success stems from its investments in the stock market, financial sector, property developers, energy and chemical companies. Its portfolio has been growing since 2012, when the China Insurance Regulatory Commission (CIRC) started loosening restrictions on insurer investment options.

The company is also a leader in the relatively young insurance sector niche through which insurers offer short-term life insurance policies that mirror wealth management plans and pay dividends to policyholders after the policies mature in as few as three months.

And Funde is one of dozens of private insurers that's gotten into the short-term policy business since CIRC made investing easier. As much as 640 billion yuan worth of premiums may be targeting this niche through a variety of insurers last year, many of them relative newcomers to the industry.

One insurance industry expert who asked not to be named said some insurers have used premiums from short-term policy holders to invest in risky assets. Zhang and Funde may have been among them.

Zhang, 53, was detained February 5. According to a Funde statement released February 22, the insurance executive has been "helping relevant Chinese authorities with an investigation." No details of the probe were provided.

Another source said Zhang's case is linked to Liu Zhigeng, who was arrested by the Communist Party's Central Commission for Discipline Inspection on February 4 for allegedly protecting the sex industry while serving as party secretary in the Guangdong Province city of Dongguan between 2006 and 2011.

Zhang was detained because "he spent millions of yuan to buy property for Liu in Hong Kong in the 1990s," said the source, who declined to be identified. The two men also apparently worked together on property deals while Liu served as a party official in Shenzhen before he was transferred to Dongguan.

Before the insurance company takeover, Zhang was in the Shenzhen real estate business.

The Funde statement said the insurance company itself "is not being investigated nor being asked to assist an investigation." But since then, the company's status with authorities has changed.

Sources close to CIRC said that commission officials decided April 19 to send a team of auditors and accountants to Funde's office to review the firm's books.

A source close to the company said Funde had raised CIRC eyebrows after failing to file a 2015 financial report by an April 15 deadline. A power struggle among managers that broke out after Zhang's departure prevented executives from filing on time, the source said.

In its financial statement for the fourth quarter 2015, Funde reported 38.4 billion yuan on hand to cover policy claims. The company, which has about 1,000 offices and 130,000 employees nationwide, forecast a worsening financial picture for the first quarter 2016.

Funde's possible financial downturn may be linked to the 2015 stock market rout. Some analysts have speculated that the company, which has been aggressively buying shares since 2013, may have violated a CIRC rule that says an insurance company can invest no more than 30 percent of its assets in the stock market.

Last year, according to documents filed with the Shanghai exchange, Funde bought a one-fifth stake in SPDB for 60.5 billion yuan.

In addition to the bank, Funde company documents show it holds shares equal to more than 20 percent in Gemdale, steelmaker Shougang Fushan Resources Group and Kaisa Group Holdings, a property developer. Other firms in the insurer's portfolio include eight property developers, three energy companies and 12 other firms.

In 2010, Funde's predecessor, Sino Life, had crossed a regulatory line by letting Zhang control more than 20 percent of the company. But the violation apparently went unchecked. In 2013, CIRC eased the requirements but still set a 51 percent cap for a single investor's shareholding in an insurance company.

The previous year, CIRC picked Sino Life for a pilot project to test whether insurers could broaden their investments to include stakes in unlisted companies and trust products. The test was a success and the regulator expanded the option to include all Chinese insurance companies in February 2014.

Businessman Zhang started building a fortune in the early 1990s by getting involved in the booming electronics component production industry in Shenzhen. He expanded into property development in 1996 and built apartment buildings in the southern city's Longgang District, where Liu was then serving as party chief.

A bank executive in Shenzhen who asked not to be named said it was widely believed inside the Shenzhen business community that Zhang received land-deal favors from Liu.

Zhang did Shenzhen a big favor in 2008 by moving Sino Life's headquarters to the city from Shanghai. But it was a sweet deal for the insurance company, too, since the Shenzhen government at the time was offering subsidies and tax incentives to insurance companies.

In a way, though, the move to Shenzhen was a homecoming for Sino Life, which was started in 2002 by eight investors including building materials supplier Dalian Shide Group and steelmaker Beijing Shougang Co., and was later sold to the Guangdong government-backed Rising Asset Management Co. and a private company called Ruide Industrial Co. Three companies controlled by Zhang bought a majority 22.5 percent stake starting in 2006.

After the company relocated, Zhang was named chairman and the insurance company started an era of aggressive growth. Between 2009 and 2012, assets grew 10-fold to 10 billion yuan.

Regulators approved Sino Life requests to open 11 branch offices in 2010 and 2011. It also got a green light to start an asset management company and a property insurance unit.

In March 2013, according to company documents obtained by Caixin, Sino Life paid one of Zhang's real estate companies 600 million yuan for an apartment complex and hired a Zhang-connected firm called Guomin Investment to manage it. A few months later, Sino Life bought a trust product issued by Chongqing International Trust Co. to fund a property development project owned by a Zhang company.

Between 2013 and 2014, documents obtained by Caixin show, Sino Life and its successor Funde invested heavily in the chemical industry. After launching an 8 billion yuan fund, 6 billion yuan was funneled into an olefin production project in Zhejiang Province.

Neither Sino Life nor Funde have provided details about the insurer's chemical sector investments. But a source close to the company said said that "all of the big (chemical) projects are controlled by Zhang. Other (insurance company) executives knew very little."