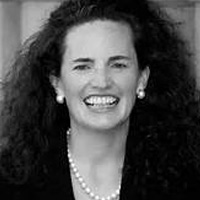 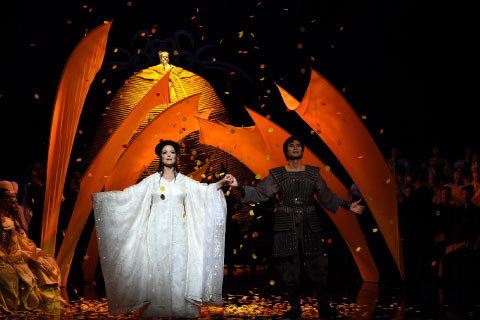 Western classical music has made its way into concert halls and conservatories in most major cities in China. It has also crept into traditional Chinese music and opera performances. At the same time, Chinese melodies and philosophy started influencing Western sounds in the early 19th century.

Western music formally arrived in China in 1601, when the Jesuit missionary Matteo Ricci presented a clavichord to Wanli, the longest-ruling of the Ming emperors.

Western technique changed the way Chinese instruments are played and made. Conservatories adopted Western notation to teach traditional music. Today the Sichuan Conservatory, in the southwestern city of Chengdu, is said to have more than 10,000 students. Juilliard in New York has 800.

Ensembles like the China National Traditional Orchestra have been created in the image of the Western symphony orchestra to promote the country's "traditional" music culture. Chinese virtuosos and composers crowd the international music scene and Western critics regularly declare that the future of classical music lies in China.

Musical influence has, however, largely been a one-way street, with Western musicians and audiences slower to adapt and import music from China. Despite this reticence, some composers have sought and found inspiration in Chinese music and poetry and used it to create new work over the past several centuries.

Early examples of this are found in the works of German composer Carl Maria von Weber (1786-1826). Weber composed a Chinese Overture in 1804, inspired by what he called a "Chinese air" discovered in French philosopher Jean-Jacques Rousseau's Complete Dictionary of Music (1768). The air, or folk song, that Rousseau included had been brought from China by French Jesuit missionary Joseph-Marie Amiot and published in a book by another Jesuit monk, Jean-Baptiste du Halde, who compiled an encyclopedia of the history, culture and society of the country without ever setting foot in it. In 1809, Weber was asked to compose incidental music for the play Turandot, which was penned by Venetian dramatist Count Carlo Gozzi in 1762 and adapted by the great German poet Friedrich Schiller in 1801.

The opera is about a despotic Chinese princess who has her suitors beheaded unless they can answer three riddles. Weber borrowed heavily from his Chinese Overture to write the music for Turandot.

Weber wrote his music at the tail end of a great vogue in Europe for things Chinese that saw writers like Oliver Goldsmith, Voltaire and even Goethe incorporating Chinese literature and philosophy into their work. This faded as the 19th century progressed, but revived somewhat in the wake of the Opium War, as Europeans and Americans grew eager to do business with China and spread Christianity in the country.

Meanwhile, a growing, albeit still small, number of Chinese began to visit Europe. So it was that when Napoleon III hosted a grand World Expo in Paris in 1867, it included a Chinese pavilion replete with a memorial arch, teahouse, restaurant, market and a Cantonese opera troupe. Although this is largely forgotten to history, the sponsors of the pavilion commissioned an Austrian composer named Louise Haenel de Cronenthall to arrange Chinese songs. She transcribed an 18th century tea song by the Qianlong Emperor, a Tang Dynasty ode and several dance songs, among others. One critic later described her compositions as having "sinuous lines that presage Debussy's embroidery." Haenel won a medal for her work, which was performed every day at the expo.

One European business to enter China in the early 1800s was the Bovet Co., a Swiss watchmaker founded by Jean-Frédéric Bovet to make watches for Chinese customers. The founder's son, Frederic, was a violinist and composer who went to China on business but devoted time to collecting and transcribing folk songs. When he returned to Europe with these songs, the family decided to use them in music boxes for the Chinese market. One tune included in the box was the widely known Jasmine Flower, and another was the bawdy Eighteen Touches, which was generally performed in brothels.

Several decades later, in the early 1900s, an Italian baron, Eduardo Fassini-Camossi, who fought in China during the Boxer Rebellion, took one of these music boxes back to Italy. Opera composer Giacomo Puccini visited the baron's house in 1920, during the period he was composing his operatic version of Turandot based on the earlier play. Puccini heard the music box and decided to make Jasmine Flower a central motif of his final opera. He never visited Asia and died before finishing the piece that is full of historical inaccuracies, including events taking place in the Forbidden City more than 1,000 years before it was built. But it contains one of the most famous numbers in opera, the soaring tenor aria Nessun dorma! Or None shall sleep!, which borrows heavily from Chinese folk tunes.

Musicologist W. Anthony Sheppard said that some of Puccini's musical inspiration for his earlier Japanese-themed opera Madame Butterfly may have come from Eighteen Touches and two other Chinese tunes on this same music box. This music box was part of the Guinness Collection at the Morris Museum in New Jersey but in 2015 China Daily reported that it had been purchased by a Chinese collector who hoped to auction it off for nearly US$ 500,000.

In the first few decades of the 20th century, several Western composers lived and worked in China. Alexander Tcherepnin (1899-1997) and Aaron Avshalomov (1894-1965) were two of the most notable among this crowd.

Avshalomov was born to a Jewish family in eastern Siberia and was raised by a Chinese nanny. As a young man, he moved to China, living in the northeastern city of Harbin, and in Tianjin and Shanghai on the coast. He deliberately incorporated Chinese themes into his compositions and warned Chinese musicians to resist the "invasion" of Western-European music and to retain their own traditions. His Hutongs of Peking was performed by the Philadelphia Orchestra under Leopold Stokowski in 1935.

Tcherpnin came from a wealthy St. Petersburg family for whom music was a kind of religion. They fled to Paris after the Bolshevik Revolution where he pursued his career, composing four operas, 13 ballets, four symphonies, many orchestral and chamber works and more than 200 piano pieces. In the mid-1930s, he taught at the Shanghai Conservatory and wrote the first piano primer based on the pentatonic scale. Like Avshalomov, Tcherpnin encouraged Chinese composers to create music that sounded Chinese. Twentieth century composer He Luting's Buffalo Boy's Flute was written for a contest he organized.

Other 20th century composers also drew inspiration from traditional Chinese melodies. Harry Partch (1901-74), known as "the hobo composer" because he spent the Great American Depression riding the rails in search of work, was born to parents who had served as missionaries in China. His mother sang him to sleep with Chinese lullabies and he later wrote a musical piece called Seventeen Lyrics of Li Po based on translations of Li Bai's poetry. He performed the piece in 1932 at Henry Cowell's New Music Society of California, where it attracted reviews and attention from other composers, including Cowell himself.

Cowell (1897-1965) spent his childhood in San Francisco and grew up singing the songs of his Chinese neighbors. He studied violin but his family was too poor to attend concerts. Instead they sat outside the city's Chinese opera houses and listened for free. Cowell later used Chinese tonality in his compositions and became famous as the teacher of John Cage and Lou Harrison, pioneers of the experimental music scene that emerged after World War II.

Cage was deeply intrigued by music from China and the rest of Asia but wrote that he doubted "whether it was mine to study." He did, however, study the I Ching, or Book of Changes, an ancient book of divination written in the Western Zhou period (1000–750 BC), which inspired a composition called the Music of Changes. Half of the "sounds" on the composition denoted silence.

Lou, who also grew up in San Francisco, read the Book of Rites, which describes the social forms, administration, and ceremonial rites of the Zhou Dynasty when he was 18. He often went to Chinatown to hear Chinese opera. In 1939, he attended a performance created by Pauline Benton, a woman who had studied shadow puppetry in rural China and then formed a touring ensemble to introduce it to Western audiences. The show was accompanied by Western musicians performing on Chinese instruments, and Harrison was deeply affected by it. He called the music "fascinating" and said it "went directly into my heart and was permanently impressed there – the vision of it, like stained glass in motion; and the sound of it, the Chinese melodies and the tones of the instruments." He later incorporated Chinese rhythms and instruments into his music and in the 1970s helped create a version of the opera White Snake, which was presented in San Francisco.

Nowadays, it is much harder to draw a line between Chinese and Western composers, since so many musicians of Chinese heritage live in the West, compose for symphonic orchestras and still retain their Chinese roots. As Newsweek Magazine declared in 2010, "Chinese influence on Western classical music goes far beyond the rise of new star soloists; it's affecting the music itself."

Sheila Melvin is a newspaper columnist. Her latest book, Beethoven in China: How the Great Composer Became an Icon in the People's Republic, co-authored with Jindong Cai, was published by Penguin Books